Chief COVID Advisor: Trump Could Have Prevented Hundreds of Thousands of Deaths

Birx has been criticized for enabling the previous administration’s mishandling of the pandemic. 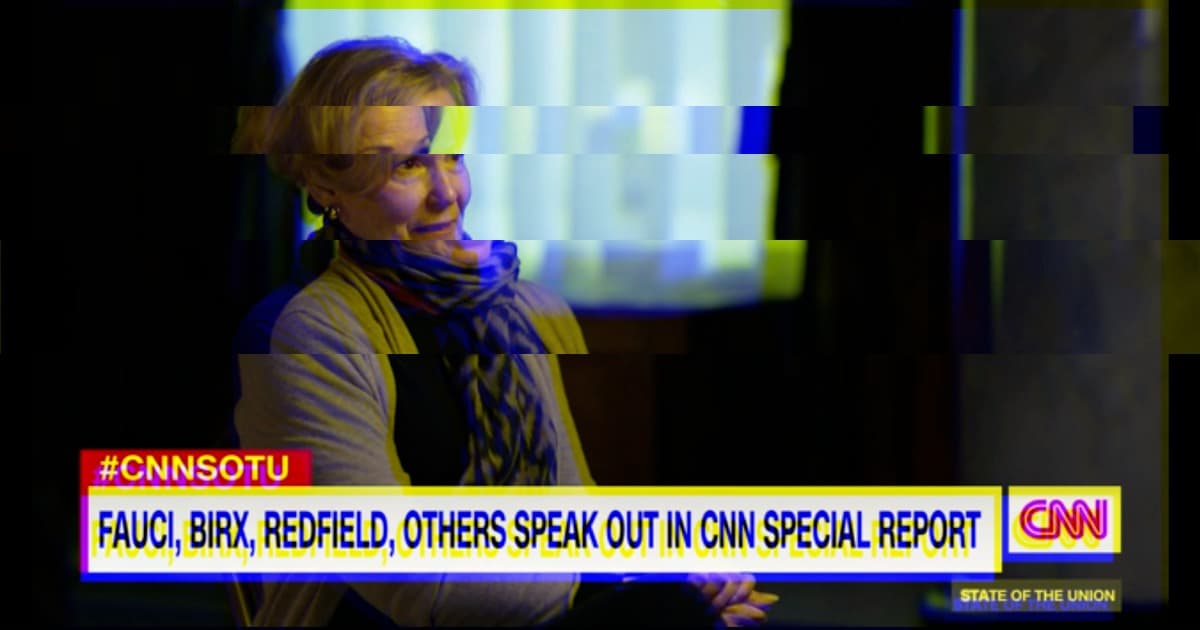 Former White House coronavirus advisor Dr. Deborah Birx believes that hundreds of thousands of deaths could have been prevented by the Trump administration after the first initial surge.

Birx made the stunning admission that the White House could have done more to protect Americans during an interview with CNN’s Dr. Sanjay Gupta. Though the program is slated to be released on Sunday evening, clips of Birx’s comments were shared on Saturday.

"There were about a hundred thousand deaths that came from the original surge," Birx said to CNN. "All the rest of them, in my mind, could have been mitigated or decreased substantially."

The former advisor also says that more than 80 percent of US deaths could have been avoided, according to Insider.

Birx’s comments have drawn criticism since the clip’s release. Rep. Ted Lieu of California says that she is also at fault for not pushing back on the previous administration.

"The malicious incompetence that resulted in hundreds of thousands of unnecessary deaths starts at the top, with the former President and his enablers," Lieu tweeted on Saturday. "And who was one of his enablers? Dr. Birx, who was afraid to challenge his unscientific rhetoric and wrongfully praised him."

Birx is no stranger to catching heat for her position in Trump’s coronavirus task force. In the early days of the pandemic, she was criticized for praising the former administration’s efforts in combating the pandemic.

"He’s been so attentive to the scientific literature and the details and the data," Birx said at a White House press event on March 26, 2020. "I think his ability to analyze and integrate data that comes out of his long history in business has really been a real benefit during these discussions about medical issues."

At press time, the coronavirus has caused 549,155 deaths, according to data from Johns Hopkins University.