A Single "Cell of Origin" Might Trigger All Forms of Cancer

"It feels like finding the proverbial needle in a haystack." 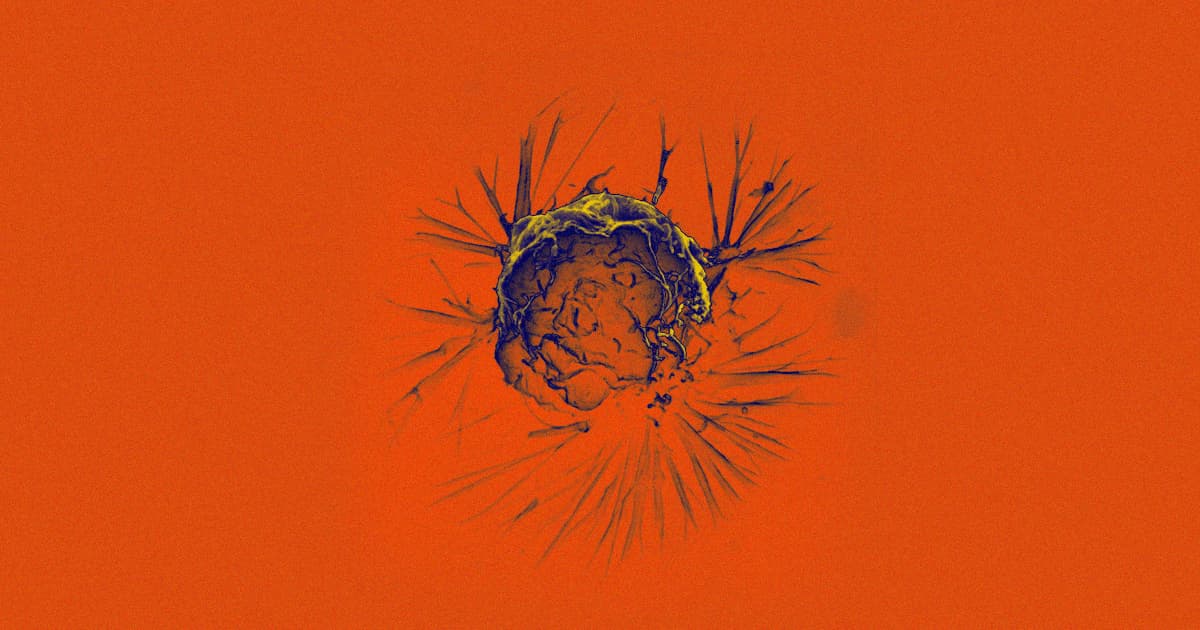 A team of scientists from the University of Salford is claiming that all cancer growth in the body starts from a single "cell of origin" — and that they've found that cell.

If they're right, the discovery could dramatically change how we treat cancer, potentially saving millions of lives.

Needle in a Haystack

Not all cancer cells are alike. A particular type, called cancer stem cells, are the only cells that can make a new tumor.

In a paper published Tuesday in the journal Frontiers in Oncology, the Salford team describes how its study of cells from a human breast tumor allowed it to identify a sub-class of cancer stem cells, which it calls “energetic” cancer stem cells (e-CSCs).

According to the researchers, these cells produce large amounts of energy and proliferate rapidly. They also grow in suspension, without attaching to any tissues, allowing cancer to spread through blood and lymphatic vessels.

Ultimately, they believe it's e-CSCs that lead to the growth of all cancers in the body.

"It feels like finding the proverbial needle in a haystack," researcher Michael P. Lisanti said in a news release, "and it crucially gives us a new window on cancer and how we might stop it."

Now that they've identified e-CSCs as the "cell of origin," the team suggests researchers shift their focus from cancer treatments that target "bulk" cancer cells and toward ones that go after e-CSCs in particular. And thanks to the cells' natural phosphorescent glow, hunting them down won't be as difficult.

"Now that we have found them and we know how they behave, it should be relatively simple to find drugs to target cancer stem cells," Lisanti wrote in a piece for The Conversation. "In our new paper, we have already shown that they are easily targeted with a mitochondrial inhibitor or a cell cycle inhibitor such as Ribociclib, an FDA-approved drug in the U.S. which would prevent their proliferation."

"Ultimately, this means that if we focus on energetic cancer stem cells, we may be able to directly hit the target," he continued. "We might be able to turn cancer into a manageable chronic disease, like diabetes."

READ MORE: Cancer Growth in the Body Could Originate From a Single Cell – Target It to Revolutionise Treatment [The Conversation]