Ted Nugent, Who Said COVID Was a Hoax, Catches COVID

"I thought I was dying." 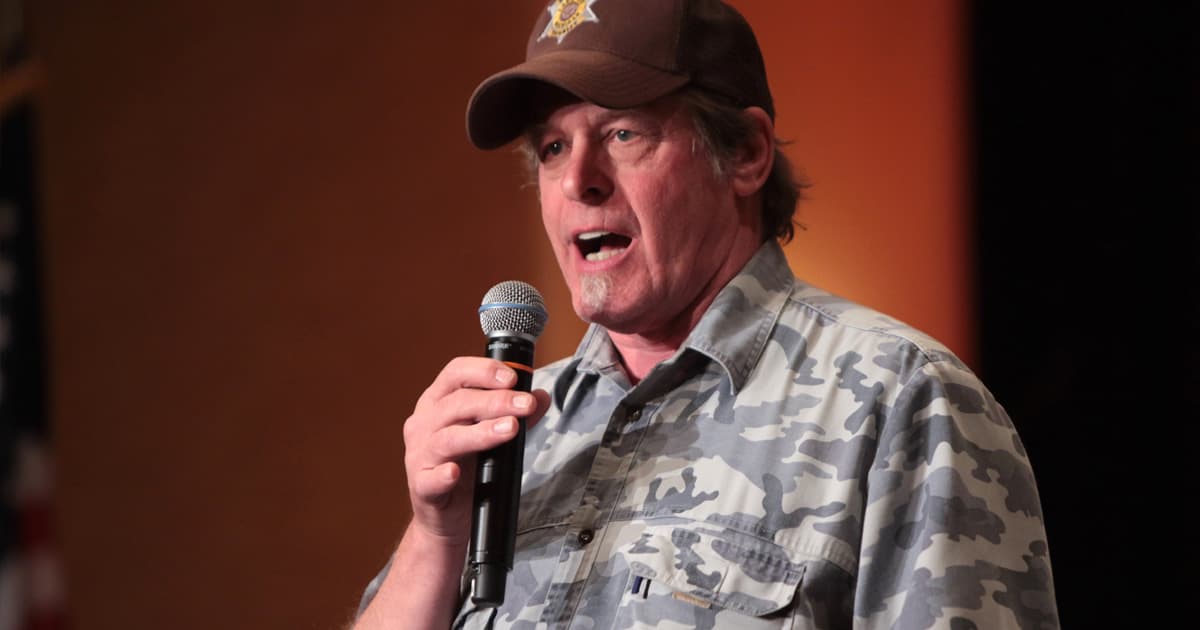 Musician, renowned loudmouth, and staunch Trump supporter Ted Nugent tested positive for COVID-19 after writing off the pandemic — which, for the record, has killed more than three million people worldwide so far — as a hoax, People reports.

"I was tested positive today. I got the Chinese sh*t," he said in a video uploaded to Facebook on Monday, in an apparent reference to the blatantly racist conspiracy theory that China released the virus deliberately.

"Everybody told me I should not announce this, but can you hear it?" he added, referring to his hoarse voice. "I have had flu symptoms for the last 10 days that have just, I thought I was dying."

"I literally can hardly crawl out of bed the last few days," Nugent complained. "But I did, I crawled."

Nugent has repeatedly misled his followers by spreading lies and disinformation about the pandemic. He even previously referred to the coronavirus as a "leftist scam to destroy" Trump.

Despite his personal battle with COVID, Nugent still refuses to take the vaccine, claiming that "nobody knows what's in it," he said in Monday's video.

Even his idol, former president Donald Trump has finally given in after almost a year of using his platform as a world leader to disseminate hateful conspiracy theories and dangerous misinformation about the virus.

It's a shame we have to continue to acknowledge the existence of both Nugent and Trump — but here we are. Anything we can do to get the message across: the virus is dangerous. Vacccines are safe. Go get vaccinated and save lives.

READ MORE: Ted Nugent Tests Positive for COVID After Calling the Pandemic a 'Hoax': 'I Thought I Was Dying' [People]

More on COVID-19: Most-Vaccinated Country on Earth Has “Pretty Much Eradicated COVID-19"