A "Bunny Ebola" Epidemic Is Sweeping Through America's Rabbits

Bleeding, inflammation, and organ failure are coming for our precious bunnies. 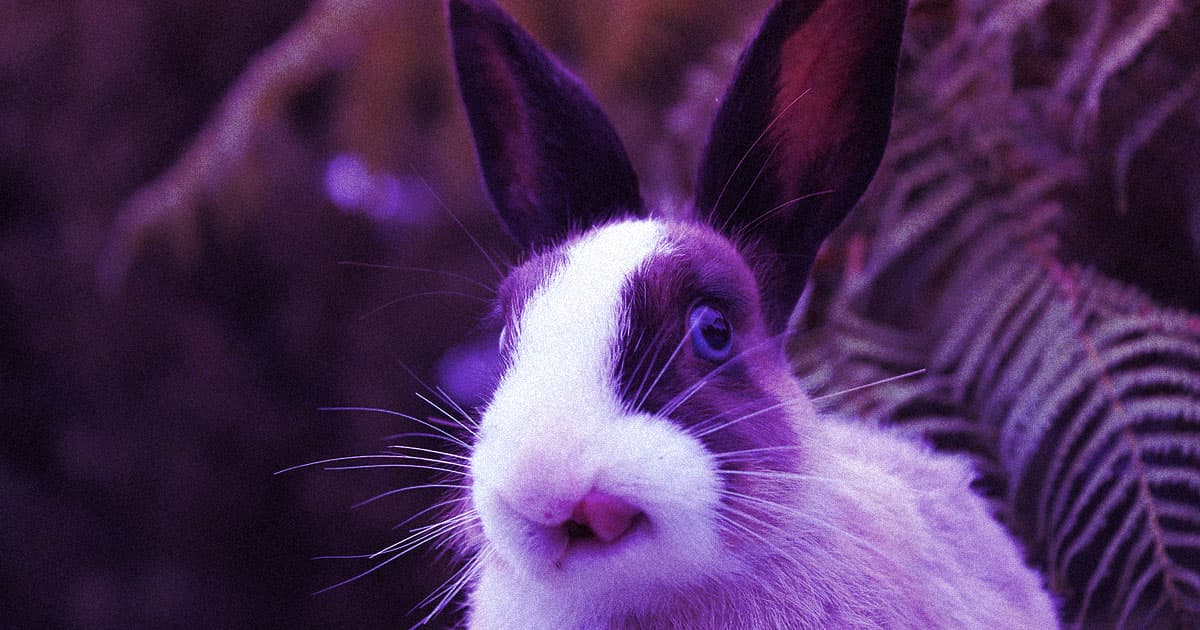 Pet owners and wildlife conservationists alike are terrified of a deadly, highly-contagious disease spreading among rabbit populations in the United States.

Rabbit hemorrhagic disease, which has picked up the evocative moniker "Bunny Ebola," has been around for decades. But now it's hitting the U.S. hard, with rabbit deaths reported in New York, Washington, and now seven states in the southwest, Popular Science reports. It's devastating both domestic and wild — and sometimes endangered — rabbit populations.

Susan Kerr, an education and outreach specialist at the Washington State Department of Agriculture, told Popular Science that the disease's high infection and mortality rates "both represent a longtime fear that has come true. Rabbit enthusiasts have always been terrified of this disease."

To be absolutely clear: the disease, despite its nickname, is unrelated to Ebola and can't infect humans. The name comes from how similar the two disease's symptoms are: infected rabbits have a low chance of surviving the severe inflammation, bleeding, and organ failure that rabbit hemorrhagic disease causes.

Experts say rabbit owners can protect their pets by foregoing wild grass and pine boughs. There's also a vaccine that can be imported from Europe, Popular Science reports. But conservationists will have a hard time protecting wild rabbits which, if they die off, could deprive other animals of a vital food source.

For some species, conservationists' strategies basically boil down to crossing their fingers, Popular Science reports.

"I'm hoping that because [the rabbit-like species] pika live at such high elevations that maybe... they will be just disconnected enough that the virus won't get to them," Deana Clifford, senior wildlife veterinarian at the California Department of Fish and Wildlife’s Wildlife Investigations Lab, told Popular Science. "But we don't know."

READ MORE: What to know about ‘Bunny Ebola,’ the rabbit virus sweeping the Southwest US [Popular Science]