It could keep patients alive until their donor organs arrive. 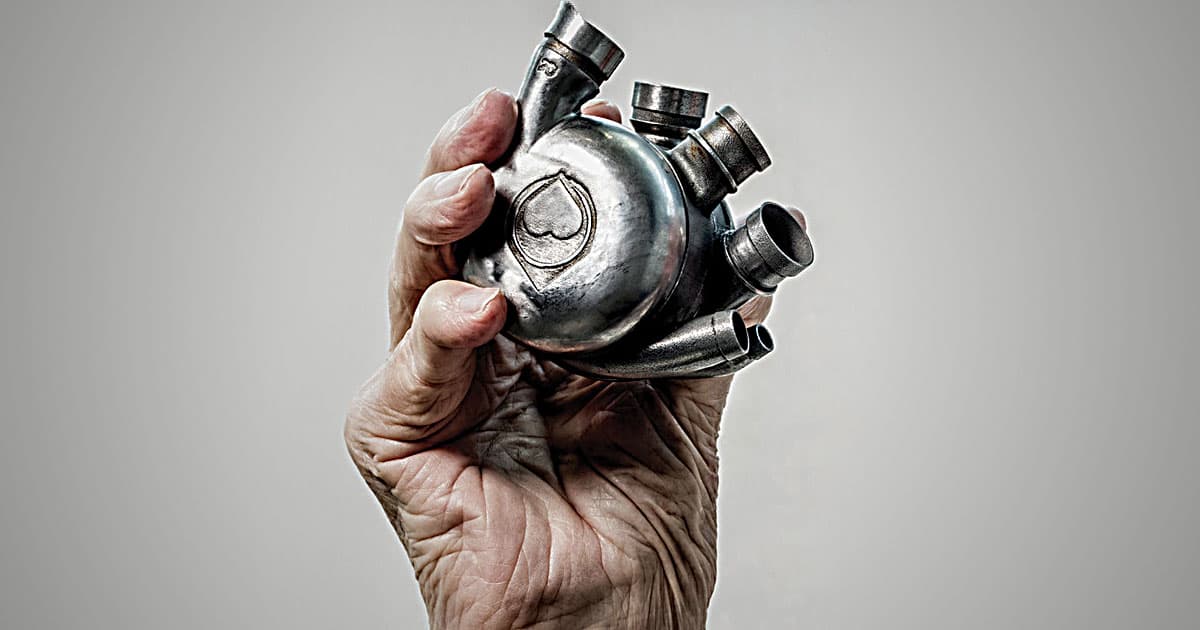 A team of engineers from private medical company Bivacor have been working hard since 2001 on building a bionic heart that can allow cardiac patients to stay alive, according to a recent IEEE Spectrum writeup by three of the company's engineers.

The steampunk apparatus works by harnessing the power of magnetic levitation to spin a disc at extremely fast speeds to pump blood to the body and return oxygen-depleted blood to the lungs.

Rather than replace a heart indefinitely, the Bivacor heart is meant to pump blood for cardiac patients — while they're waiting for donor organs to arrive.

It's far smaller and lighter at just 650 grams — plus a wearable external controller that contains batteries — than existing artificial hearts, according to Bivacor. That means it could allow patients to get on with their daily lives.

It also doesn't attempt to mimic the human heart like its 3D printed counterparts. Instead, it rather uses a magnetically levitating centrifugal pump — no valves, no ventricles — that supplies a continuous stream of blood. Oddly enough, that means the patient would technically have no pulse.

Bivacor and surgeons at the Texas Heart Institute ran an animal trial involving a brown cow in April to test it out. The lucky cow stayed "healthy and energetic" throughout the 90-day trial and even "jogged on a treadmill for 30-minute stretches," according to the IEEE Spectrum writeup.

Bivacor is hoping to submit a request to the U.S. Food and Drug Administration for human trials in 2020.