Step away from the diet soda. 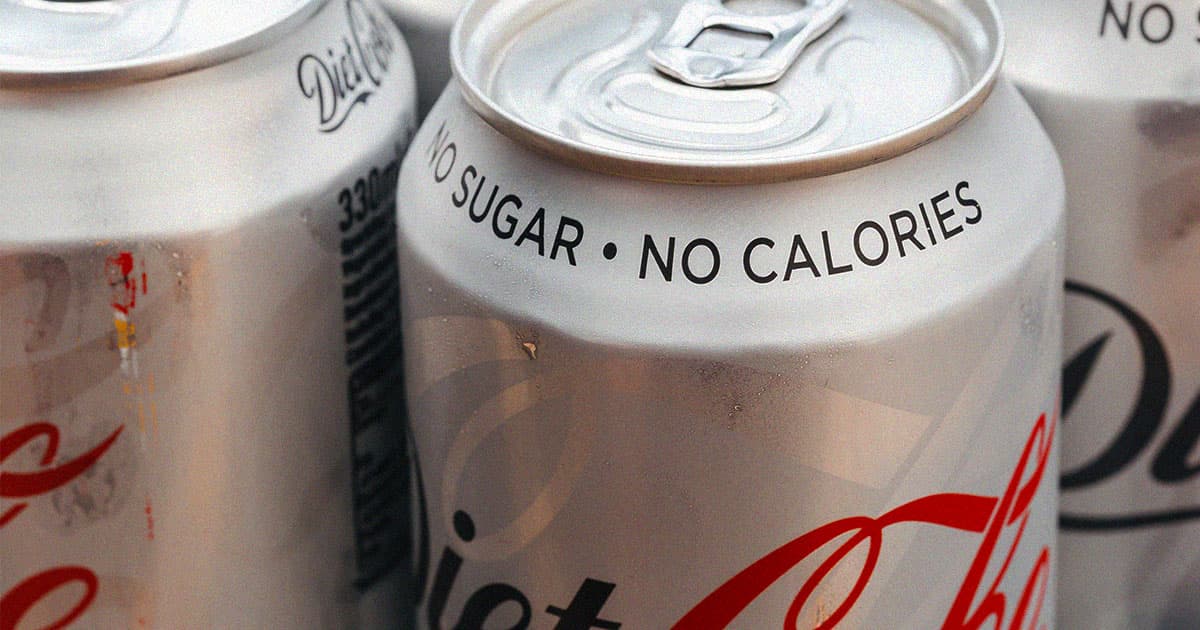 Image by Tom Eversley via Shutterstock

Too much sugar is bad for your health — but the world's most popular alternative might not be any better.

For decades, experts have questioned the safety of artificial sweetener aspartame — also known as NutraSweet — with some studies concluding that the sugar substitute can cause a host of health problems, from brain damage to cancer.

To put the issue to rest, the European Food Safety Authority (EFSA) conducted a closed-door review of available aspartame studies in 2013 and found it to be safe — but according to new research, that's only because they threw out all the studies claiming otherwise.

For the new study, published in the journal Archives of Public Health, researchers from the University of Sussex looked at how the EFSA treated the 154 studies it reviewed in 2013.

They discovered that the panel determined that all 73 studies that found that aspartame could be harmful were "unreliable." Of the 81 studies that concluded it was safe, they labeled just 19 unreliable.

"It is clear from this research that the EFSA scientists failed to acknowledge numerous inadequacies in the reassuring studies," researcher Erik Millstone said in a press release, "but instead picked up on tiny imperfections in all the studies providing evidence that aspartame [may be] unsafe."

The Sussex team is now calling on the European Union to suspend any sales of products containing aspartame until the EFSA conducts a new review — this time, in the open and not behind closed doors.

As for why the panel might have ruled the way it did in 2013, Millstone suspects the answer may be money.

"In my opinion, based on this research, the question of whether commercial conflicts of interest may have affected the panel’s report can never be adequately ruled out because all meetings all took place behind closed doors," Millstone said.

A ban on aspartame would no doubt have serious economic repercussions — it's in thousands of products, from gum to diet soda, and you'd be hard-pressed to find a single major food corporation that doesn't use it.

But if given the choice between corporate interests and citizens' health, we would hope food regulators would value the latter over the former — and that just doesn't seem to be the case so far.

Image by Tom Eversley via Shutterstock