It encouraged users to attend parties — despite the pandemic. 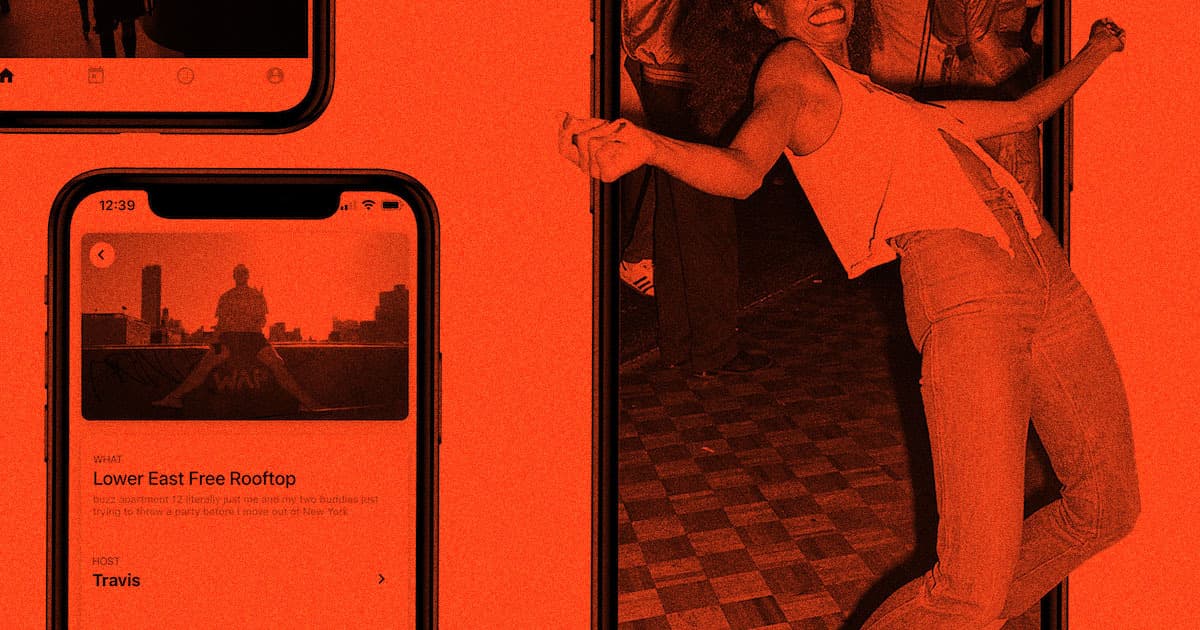 Image by Futurism via Vybe
Developments

After an onslaught of media scrutiny, Apple removed Vybe Together, an invite-only app that helped people find secret in-person gatherings, from its app store.

If your first question, like ours, was "hold on, an app that did what?" then yes, Vybe connected people who wanted to host or attend parties despite the still-extremely-dangerous coronavirus pandemic. Now, thankfully, the app has been removed and its online presence deleted, Business Insider reports, eliminating one more way that COVID-19 could have potentially — and likely did — spread.

Vybe largely went unnoticed for its months of operation until it was spotted by New York Times reporter Taylor Lorenz, who tweeted about how the app was promoting New Year's Eve celebrations with footage of maskless revelers.

Some terrible people built a whole app for finding and promoting COVID-unsafe large, indoor house parties and they’re using TikTok to market it to millions of ppl. pic.twitter.com/zYhBiFH4vR

But CEO Alexander Dimcevski is defending the app, saying the footage was exaggerated for marketing's sake and that the service only hosted small gatherings.

"We do not condone large unsafe parties during a pandemic," Dimcevski told BI.

A Vybe spokersperson told Ars Technica that the app draws a distinction between "large unsafe parties during a pandemic" and "small get-togethers," but the fact is that there's not really any such thing as a safe get-together, especially inside an apartment, like Vybe promoted.

With a spike in new cases likely heading our way after Christmas and New Year's gatherings, our already-struggling healthcare system will have an even harder time giving every COVID-19 patient the care they need. Given that, any development that stops even small gatherings from happening is a step in the right direction.

More on the pandemic: So Many People Are Dying From COVID Every Day That it Almost Defies Comprehension

Image by Futurism via Vybe