NASA: That's Not a Rainbow We Photographed on Mars 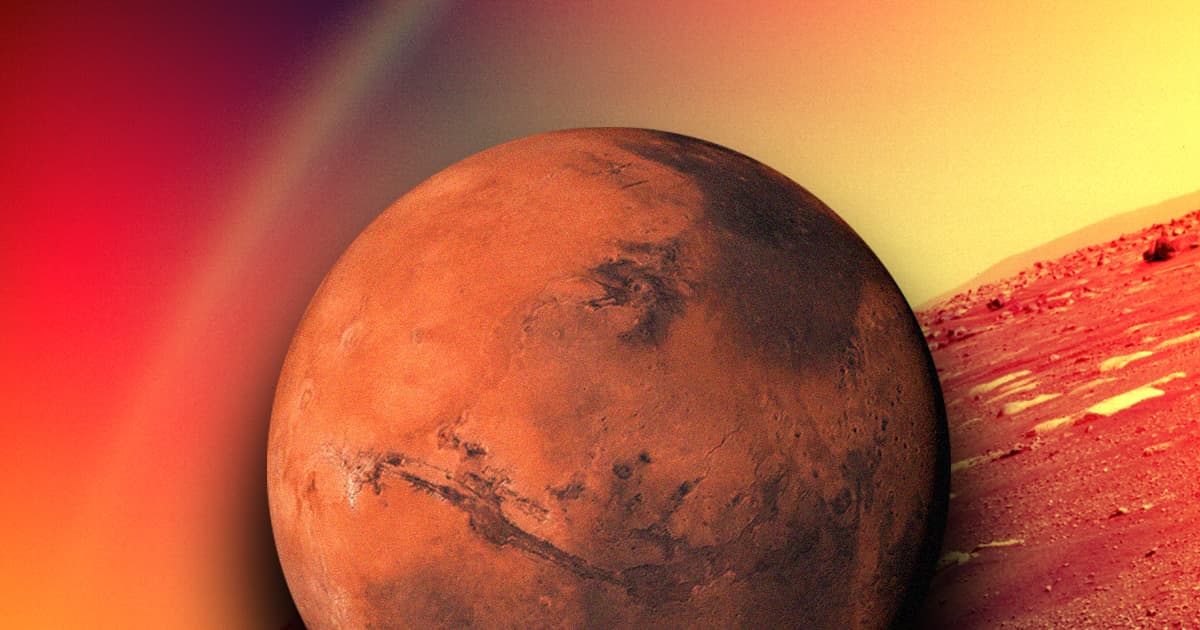 A new image taken by NASA's Perseverance Mars rover shows what appears to be a rainbow.

But since there are no rain droplets in the dry Martian atmosphere, it couldn't have been a rainbow as we experience them back on Earth — so what was it?

After the image went viral, netizens offered up several possible explanations: it either could have been a "dustbow" caused by dust particles in the air, or it could've simply been a lens flare, artifacts caused by stray light rays entering Perseverance's Hazcam lens.

Now, thanks to the kind folks at NASA's Jet Propulsion Lab, we have an answer to the mystery.

In an email to Futurism, JPL media relations specialist Andrew Good confirmed that the "rainbow" was indeed an artifact caused by the Hazcam's lens.

"What you’re seeing there is a lens flare," Good wrote. "We have sunshades on the front Hazcams, which were considered mission critical (since we need them for driving forward, and we’re usually driving forward)."

"Sunshades weren’t considered essential on the back ones," Good explained, "so you can still see scattered light artifacts in their images."

Without sunshades, sunlight can easily make its way into the Hazcams looking over the "back" of the six-wheeled rover, causing the diffractions.

Lens flares can show up in a number of different ways, depending on the type of lens. Perseverance carries six next-generation cameras as part of its hazard avoidance camera system, four on the front and two in the rear. They're mostly used to evaluate potential hazards in the way of the rover.

Even given that this particular photo doesn't seem to show a rainbow, there's still a tiny chance we could one day see a rainbow-like phenomenon in the Martian sky.

In a 2015 "Ask Me Anything," NASA Mars Program Office Chief Scientist Rich Zurek suggested that "icebows" could appear over the Martian horizon in a response to a question about the possibility of rainbows on Mars.

Not all is what it seems, even given the steady stream of fascinating images taken by its Perseverance rover. But with a little context, there's plenty to learn about our planetary neighbor.

More on the image: NASA Releases Breathtaking Rover Photo of “Rainbow” on Mars