It gives your brain more of a boost, with less of the caffeine and jitters. 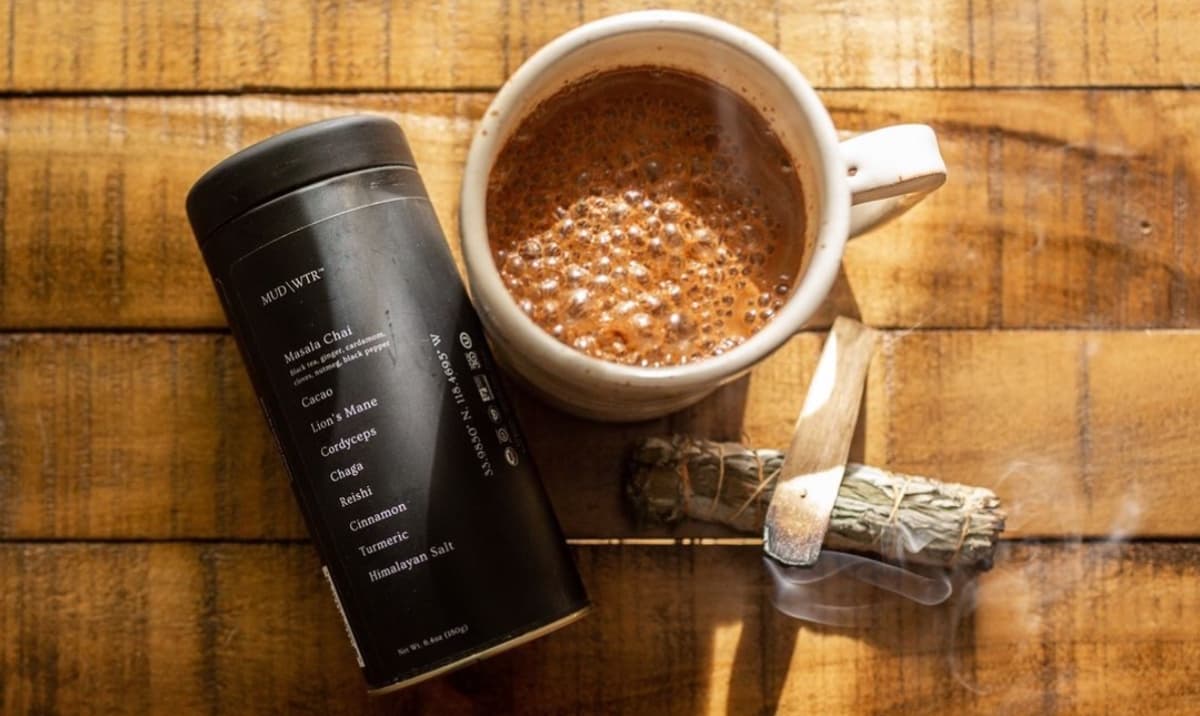 If you find yourself turning to coffee for its caffeine boost only to be betrayed by an eventual caffeine crash, you're not alone. An estimated 90-percent of Americans drink coffee regularly for it's caffeine, an addictive stimulant known for increasing alertness and boosting energy. According to the Cleveland Clinic, it's also the most commonly consumed psychoactive drug on Earth, with side effects like insomnia, headaches, dehydration, and high blood pressure when over consumed. So if you're looking for a safe energy boost without the negative side effects of drinking too much coffee, you need to learn about MUD\WTR coffee alternative .

What Is The MUD\WTR Coffee Alternative?

It's a commonly held belief that coffee allows us to do more and do it better. Before you know it, that daily cup of joe morphs into drinking multiple cups of coffee daily. This leads to the negative side effects that come with over-consuming caffeine, such as anxiety, jitters, and really poor sleep. These issues can also open the door to a variety of other problems and illnesses.

As it turns out, caffeine blocks the adenosine receptors and affects your ability to get deep sleep. Additionally, the jolt of adrenaline and manipulation of your mood cause shakes, crashes, and dependency which is terrible for people looking to maximize their peak performance. That is until MUD\WTR coffee alternative was developed to stop people from having to drink hundreds of milligrams of caffeine. It's designed to replace your favorite morning ritual by being something better and more effective without the caffeine crash.

Say goodbye to your daily cup of coffee (or five) and hello to your new morning ritual, MUD\WTR. It's a coffee alternative consisting of organic ingredients lauded by cultures old and young for their health and performance benefits. With just 1/7th the caffeine of coffee, mud gives you natural energy and focus without the jitters and crash.

Coffee is a stimulant that slingshots your energy levels. But with MUD\WTR, you get a more balanced approach to boosting focus and wakefulness. That's because MUD\WTR blends cacao and masala chai with a hall of the fame ingredient list: Lion’s Mane to support memory and focus, Chaga for phytonutrients, calming Reishi for immunity, Cordyceps for antioxidant properties, and turmeric for inflammation. Just add a tablespoon of mud into a mug of hot water, and stir. That's it.

It's 100-percent organic, contains zero sugar, and no sweeteners are added. With just 1/7 of the caffeine in a cup of coffee, those jitters are gone, and you are left calm, alert, and sharp but still able to fall asleep at night.

With the MUD\WTR 30 Serving Starter Kit, you're kicking off the lead domino to a hyper-productive day. It gives you everything you need to revamp your morning ritual for the better. This includes a 30-serving tin of MUD\WTR coffee alternative, a USB rechargeable frother, a free guidebook, a free sample of their creamer, and free stickers.

So what are you waiting for? Say goodbye to the side effects of caffeine that hold you back from being your best with the MUD\WTR Starter Kit. It's got everything you need to revolutionize not only your morning routine, but your life.

Read This Next
Brands We Love
This Great-Tasting Hard Kombucha Is the Alcoholic Drink You've Been Waiting For
From Our Partners
Put A Garden In Even The Smallest Space With The EVE
Brands We Love
This Anti-Aging Coffee Creamer Fights Collagen Loss and Sagging Skin
From Our Partners
The Future of Wellness Will Be Driven by Data and Biomarkers
From Our Partners
Save 50% On A Sam's Club Membership In A Deal You Won't Find On Prime Day
More on Sci-Fi Visions
Human v. Giraffe
Tuesday on the byte
Chaotic Italian Fashion Line Baffles Facial Recognition Software
Step One
Tuesday on the byte
World’s Third Richest Person Says He’s Developed "Addiction" to ChatGPT
FROM THE DEPT. OF...
Tuesday on futurism
The Best Places to Buy A Laptop in 2023
READ MORE STORIES ABOUT / Sci-Fi Visions
Keep up.
Subscribe to our daily newsletter to keep in touch with the subjects shaping our future.
+Social+Newsletter
TopicsAbout UsContact Us
Copyright ©, Camden Media Inc All Rights Reserved. See our User Agreement, Privacy Policy and Data Use Policy. The material on this site may not be reproduced, distributed, transmitted, cached or otherwise used, except with prior written permission of Futurism. Articles may contain affiliate links which enable us to share in the revenue of any purchases made.
Fonts by Typekit and Monotype.