They deleted some BS stories — but are continuing to publish more of them. 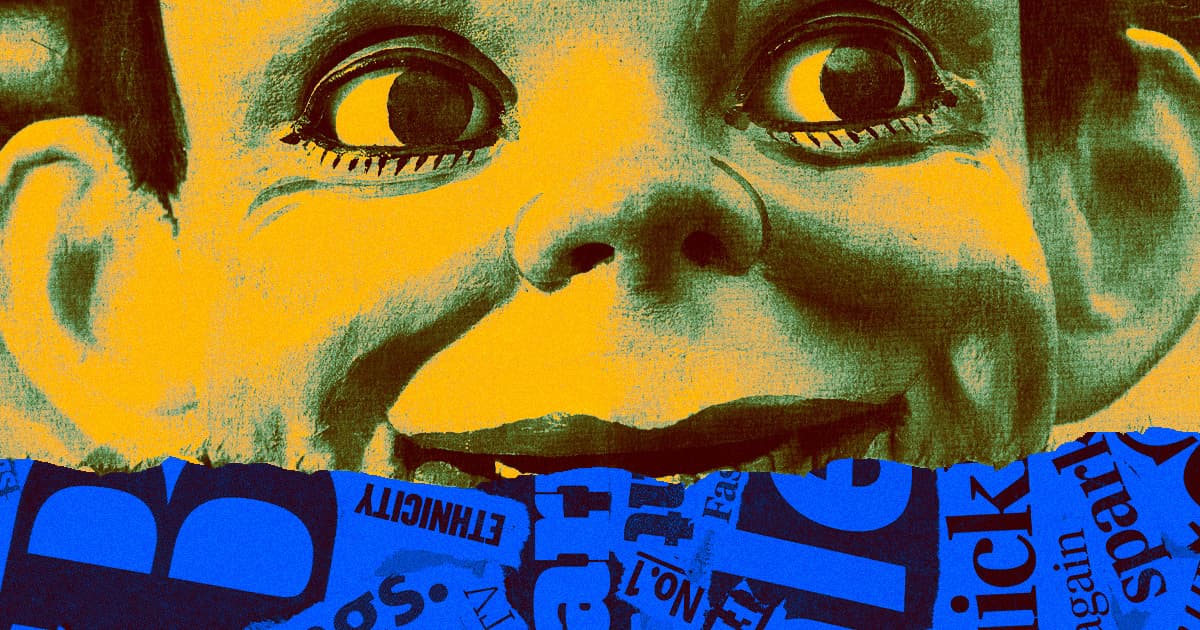 Last week, we reported that the Microsoft-owned MSN — which, back in 2020, fired most of its human journalists and replaced them with AI — has been circulating a staggering number of obviously fake stories from the likes of conspiracy rags like Inquisitr and Exemplore.

Fortunately, we have some good news to report: despite the fact that they have yet to actually respond to our repeated requests for comment, MSN has now taken down every article we've called them out for. That includes stories about "biblically accurate angels" flying over the city of LA and many tall tales about Bigfoot, as well as a more believable (but still very fake) article about Elon Musk and ex-girlfriend Claire "Grimes" Boucher that was circulated last month.

The bad news? MSN might have been shamed into deleting those specific stories, but its automated system is still picking up and spitting out unhinged, absolutely fake content.

Take, for example, this Exemplore article titled "Check Out This Super Haunted Civil War-Era Ventriloquist Dummy," which would have you believe that a 19th century puppet head — shared originally in a TikTok by self-styled celebrity medium Tyler Henry — has occult properties.

Another favorite on the day? A story from a publisher called WION titled "Loch Ness monster captured on a newly installed live stream. Watch it here!" that, yes, claimed to offer video proof of ol' Nessie, as allegedly taken by an "eagle-eyed Irishman." And don't forget "Man Swears He's Been Keeping a Bigfoot Head Frozen since the 1950s," posted on Sunday. That one sounds believable, right?

And that's without getting into these bizarre headlines that remain on its site, despite seemingly originating in a chaotic alternate reality:

· "Shadow Figures Are Terrorizing English Family In Their House"

· "Alien Outer Space UFOs on the Moon and Beyond"

· "The Devil, Lucifer Himself, Is Apparently Entombed In Somerset, New Jersey"

· "Man Allegedly Abducted By Aliens 50 Years Ago, Says They Told Him About The Covid Pandemic And WW3"

· "Man Claims Ghosts Are Trapped in the Moment of their Death"

Needless to say, this isn't all the deranged stuff on MSN — just what jumps out on a quick skim.

Again, while MSN's web maintains that the platform has human fact-checkers on staff to ensure the quality of the site's content, the content itself certainly says otherwise. Considering the breadth of MSN's circulation, that's kind of a big deal.

At the end of the day, the greatest irony of MSN's situation continues to be that its humans staffers are the ones having to correct the AI errors, of which there are clearly many. And sure, hindsight is 20/20, but maybe, in a highly-mediated digital world rife with misinformation, ensuring consumer trust in media is worth paying humans for, as opposed to cutting corners by handing off comprehensive tasks to machines.

Anyway. Watch out for the "170-foot space rock heading for Earth," apparently.

More on MSNBS: MSN Fired Its Human Journalists and Replaced Them With AI That Publishes Fake News About Mermaids and Bigfoot