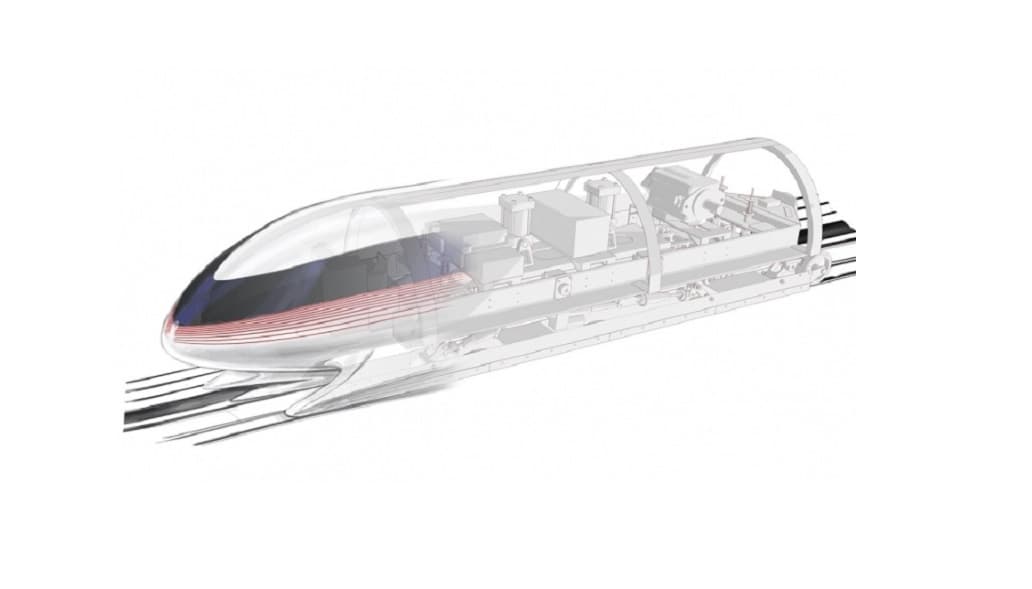 The Hyperloop, a conceptual high-speed transportation system put forward by SpaceX and Tesla Motors co-founder Elon Musk, is one step closer to being a reality. The technology proposes a way to transport "pods" of 20 to 30 people through a 12-foot diameter tube at speeds of roughly 700 mph.

A New Mode of Transportation

Saturday, student engineers from the Massachusetts Institute of Technology, based in Cambridge, Massachusetts, won a competition to design and build Musk's proposed concept.

The teams were judged on a variety of criteria, including innovation and uniqueness of design; full Hyperloop system applicability and economics; level of design detail; strength of supporting analysis and tests; feasibility for test tract competition; and quality of documentation and presentation.

The primary goal of the MIT Hyperloop Team is as follows:

The competition, hosted at Texas A&M University in College Station, gathered more than 1,000 college students. In total, more than 100 university teams presented design concepts to a panel of judges over the weekend.

Twenty-two of the top teams will build their pods and test them at the world's first Hyperloop Test Track, which is being built next to SpaceX's Hawthorne, California headquarters.

Hyperloop Transportation Technologies plans to break ground this year on the 5-mile, $150 million track that will serve Quay Valley, a real-estate development in California. It could start carrying passengers as soon as 2018.

Read This Next
Quacks Like a Duck
Watching Elon Musk's Robot Back to Back With Boston Dynamics Is... Something
TV for Your Face
Elon Musk Says the Metaverse Sucks and Neuralink Will Be Better
Tesla Bots Roll Out
Elon Musk Just Announced a Humanoid "Tesla Bot"
Classic Mistake
Oops: Elon Musk Donated the Wrong Kind of Ventilator
Futurism
Tesla May Have Broken The Law In Underreporting Worker Injuries
More on Robots & Machines
From the Dept. of...
12:00 AM on futurism
The Best Mini Fridges of 2023
Blow Up Doll
Monday on the byte
Ukraine Accuses Russia of Using Inflatable "Dummy Tanks," Which Deflated
From the Dept. of...
Monday on futurism
The Best UPS Battery Backups of 2023
READ MORE STORIES ABOUT / Robots & Machines
Keep up.
Subscribe to our daily newsletter to keep in touch with the subjects shaping our future.
+Social+Newsletter
TopicsAbout UsContact Us
Copyright ©, Camden Media Inc All Rights Reserved. See our User Agreement, Privacy Policy and Data Use Policy. The material on this site may not be reproduced, distributed, transmitted, cached or otherwise used, except with prior written permission of Futurism. Articles may contain affiliate links which enable us to share in the revenue of any purchases made.
Fonts by Typekit and Monotype.