Is fusion energy finally no longer "decades away?" 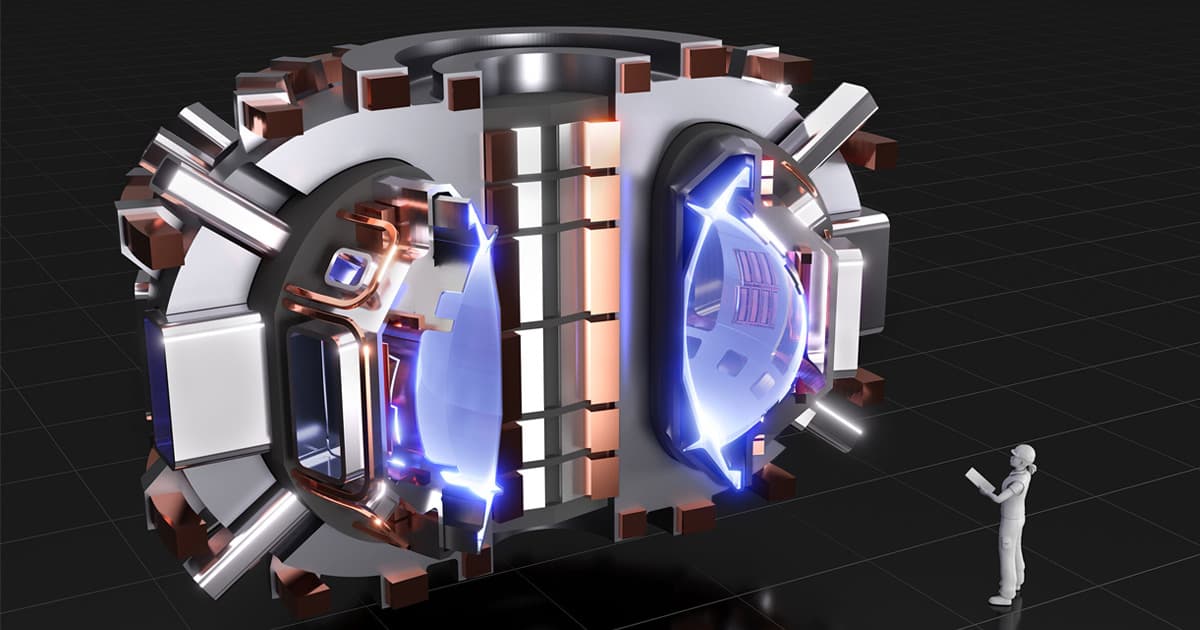 A team of researchers at MIT and other institutions say their "SPARC" compact fusion reactor should actually work — at least in theory, as they argue in a series of recently released research papers.

In a total of seven papers penned by 47 researchers from 12 institutions, the team argues that no unexpected impediments or surprises have shown up during the planning stages.

In other words, the research "confirms that the design we’re working on is very likely to work," Martin Greenwald, deputy director of MIT's Plasma Science and Fusion Center and project lead, told The New York Times.

Fusion power remains elusive, but the tech promises to one day become a safe and clean way of producing energy by fusing atomic nuclei together like the Sun. Despite almost a century of research, though, nobody has managed to pull it off yet.

SPARC, one of the largest privately funded project of its kind in the field, would be a first of its kind: a "burning plasma" reactor that fuses hydrogen isotopes to form helium, with no other input of energy needed.

Thanks to progress in the field of superconducting magnets, the team hopes to achieve the same performance as far larger reactors, such as the gigantic ITER (International Thermonuclear Experimental Reactor) reactor, which started assembly in July.

The magnets are used to contain the extremely hot and high pressure reactions going on inside the reactor, one of fusion's greatest challenges.

According to the team's calculations, SPARC should be able to produce twice as much fusion energy compared to the amount needed to generate the reaction. That would be a massive jump, since no researchers have managed to break even yet.

In fact, in the papers, the researchers note it could be theoretically possible to generate ten times the amount — though there's plenty of work ahead before they could say that for sure.

The MIT team is hoping to construct its compact reactor over the next three to four years, with the eventual goal of generating electricity starting in 2035, the Times reports.

"What we're trying to do is put the project on the firmest possible physics basis, so that we're confident about how it's going to perform, and then to provide guidance and answer questions for the engineering design as it proceeds," Greenwald said in an official statement.

Read This Next
Net Gain
Physicists Say New Breakthrough Proves Fusion Power Is Possible
Another Breakthrough
Fusion Scientists Claim Net Energy Gain, in Potentially Huge Breakthrough
Fusion Futility
Elon Musk Slams Fusion, Says Future of Energy Is Wind and Solar
Hurricane Season
Oops! Fusion Facility Keeps Failing to Recreate Last Year's "Breakthrough" Record
Smashing Atoms
Startup Says It's Honing in on Simple Solution for Practical Fusion Power
More on Earth & Energy
Save Yourselves
Yesterday on the byte
Furious Marsupial So Thirsty For Sex That It’s Dying, Scientists Warn
Stem Ware
Feb 3 on the byte
Scientists Discover World's Oldest Preserved Vertebrate Brain
From Bad to Worse
Feb 2 on the byte
Global Warming Is Worse Than We Thought, AI Tells Scientists
READ MORE STORIES ABOUT / Earth & Energy
Keep up.
Subscribe to our daily newsletter to keep in touch with the subjects shaping our future.
+Social+Newsletter
TopicsAbout UsContact Us
Copyright ©, Camden Media Inc All Rights Reserved. See our User Agreement, Privacy Policy and Data Use Policy. The material on this site may not be reproduced, distributed, transmitted, cached or otherwise used, except with prior written permission of Futurism. Articles may contain affiliate links which enable us to share in the revenue of any purchases made.
Fonts by Typekit and Monotype.