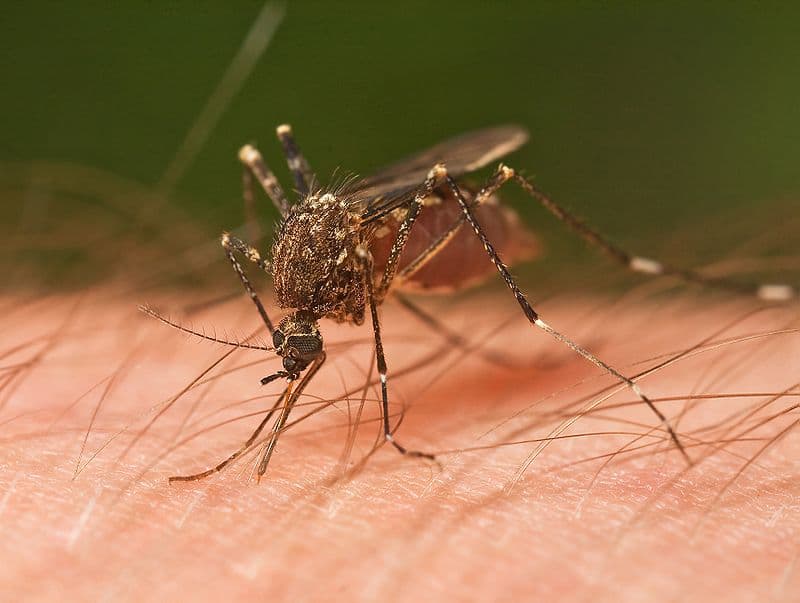 If you are the one around the campfire who always seems to attract the largest swarms of the buzzing little bloodsuckers, take heart: that old excuse “I just taste better than the rest of you” might actually have a scientific foundation.

A study from the London School of Hygiene and Tropical Medicine recently compared the relative attraction of female mosquitoes (male mosquitoes, fortunately, do not bite people) to different sets of twins. The study found that identical twins were equally likely to attract mosquitoes, whereas fraternal twins might have very different levels of attraction from one to the other.

The findings suggest that not only are we not all created equal in terms of becoming a succulent meal for the ravenous insects, but that the differences are genetic in nature. Tasting good to mosquitoes might simply run in your family.

It’s not entirely down to genes, however. Other factors contribute to mosquito attraction. For one thing, pregnant women seem to attract them more than non-pregnant women. And people who have had the misfortune to have been infected with malaria tend to be targeted more when they are in the most transmissible phase of the disease.

Of course, it’s not exactly “taste,” either—mosquitoes can’t know precisely how you taste until they have a sip. In fact, the means by which they sense and attack is more akin to smell; Mosquitoes can pick out a target from up to 164 feet (50 meters) away. Their initial hint is traces of carbon dioxide from exhalations. At which point, they switch over to smell.

The lucky souls participating in the London study got to stick their hands into tubes teeming with mosquitoes. The 20 mosquitoes were placed at one end of a long tube; at the other end, the tube was split into a Y and the twins each placed a hand in one. Air was blown down from the participant’s end to carry their scent to the mosquitoes, leaving the selection up to the insects.

The goal of the study, of course, was not simply to torture twins, but to learn more about how to disrupt the mosquito targeting cycle. Mosquitoes still act as a primary transmission vector for a nasty panoply of diseases—like the West Nile virus and dengue fever. The more ways scientists can devise to repel them, the healthier mankind will be.

The good news is that only about one in ten people are highly attractive to mosquitoes. So you may be unlucky when you get bit, but odds are, you aren't that unlucky.

If you are one of those poor unfortunate souls, though, now at least you know you can blame your parents.

Read This Next
Sun Shield
Scientists Increasingly Calling to Dim the Sun
Meteor Madness
NASA Fires Back at Claim Meteor Destroyed House and Killed Dog
Reduce, Reuse, Landfill
A Shocking Amount of US "Recycling" Goes Straight to the Landfill
Lil Dudes
Something Cool Is Happening to the Frogs at Chernobyl
Soggy Earth
Scientists Find Evidence of "Ocean" Hundreds of Miles Below Earth's Surface
More on Earth & Energy
Gross
Yesterday on the byte
Residents Alarmed When Entire River Turns White
Going Hydrogen
Dec 2 on the byte
Airbus to Strap Hydrogen Fuel Cell Engine to Massive Superjumbo Jet
Wolfenstein
Dec 1 on the byte
A Brain Parasite Is Making Wolves Into Pack Leaders, Scientists Say
READ MORE STORIES ABOUT / Earth & Energy
Keep up.
Subscribe to our daily newsletter to keep in touch with the subjects shaping our future.
+Social+Newsletter
TopicsAbout UsContact Us
Copyright ©, Camden Media Inc All Rights Reserved. See our User Agreement, Privacy Policy and Data Use Policy. The material on this site may not be reproduced, distributed, transmitted, cached or otherwise used, except with prior written permission of Futurism. Articles may contain affiliate links which enable us to share in the revenue of any purchases made.
Fonts by Typekit and Monotype.