It's a very cool idea that's not nearly ready for primetime. 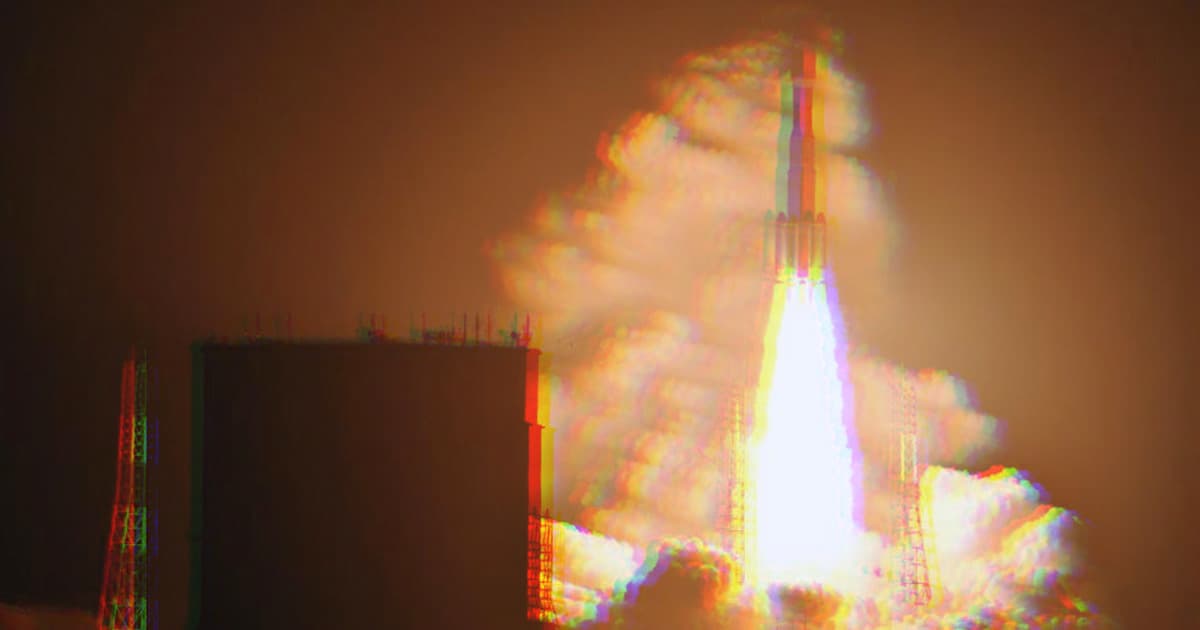 Even with SpaceX launching commercial missions to the International Space Station, spaceflight is still a costly and resource-intensive endeavor, with bigger and heavier rockets forced to dedicate much of their storage space to their fuel supply.

To avoid all that bulk, one of the many teams of researchers investigating alternative forms of propulsion has an intriguingly odd idea: powering rockets by blasting them with a focused microwave beam from the ground.

The team, made up of engineers from Japan’s University of Tsukuba Nagoya University, managed to power a small, free-flying quadrotor drone while it was in the air with a powerful microwave, according to a study they published last month in the Journal of Spacecraft and Rockets.

The researchers explain that they weren’t sure how feasible the idea was prior to their experiment, according to a Tsukuba press release. But after tinkering around, they think that the microwave beams could not only make it possible to lift up an aircraft but could even someday bring rockets all the way to orbit.

The team wasn’t the first to experiment with powering a spacecraft with a microwave beam. But it was the first to attempt it in decades, meaning they had more powerful beams, better technology, and more advanced tracking systems at their disposal, allowing the experiment to soar where others had failed.

“We used a sophisticated beam-tracking system to ensure that the drone received as much of the microwave power as possible,” lead author and Tsukuba engineer Kohei Shimamura said in the press release. “Moreover, to further increase the transmission efficiency, we carefully tuned the phase of the microwaves using an analog phase shifter that was synchronized with GPS units.”

These are early days for the unusual propulsion technique, but the team did manage to transfer enough energy to the drone to keep it aloft.

Still, it will be quite some time before a microwave beam will be launching the next NASA mission. Because of energy lost via conversion into the beam itself or the drone capturing it and then converting it to electricity, the overall energy efficiency of the experiment was just 0.43 percent, according to the study.

In the grand scheme of things, that’s dismal. But it is shockingly better than the 0.1 percent energy efficiency that the same team measured in a previous experiment using a fixed-position drone, so hey — they’re getting there.

“These results show that more work is needed to improve the transmission efficiency and thoroughly evaluate the feasibility of this propulsion approach for aircraft, spacecraft, and rockets,” Shimamura said.

More on unusual spacecraft: The US Is Testing a Space Propulsion System That Doesn’t Use Fuel

Read This Next
Extreme Makeover Satellite Edition
World’s First: Spacecraft Docks to Commercial Satellite In Orbit
Debate Over
New Experiment Will Test EmDrive That Breaks the Laws of Physics
Power Play
China Is Building a Solar Power Station in Space
Futurism
NASA Announces The First Commercial Astronauts to Pilot The Next Generation of Spacecraft
Futurism
The European Space Agency’s New Ion Thruster “Breathes” Air
More on Off World
Look Up
Jan 15 on the byte
A Giant Asteroid Is Careening So Close That You’ll Be Able to See It From Earth
Resume and Cover ...
Jan 13 on the byte
NASA Says It’s Running Out of Astronauts
E.T.
Jan 11 on the byte
New Katy Perry Music Video Features SpaceX Starships
READ MORE STORIES ABOUT / Off World
Keep up.
Subscribe to our daily newsletter to keep in touch with the subjects shaping our future.