These Tiny Robots Can Build Anything, Including Their Own Tools

Meet the micro-factories with micro-robots that build macro-structures. 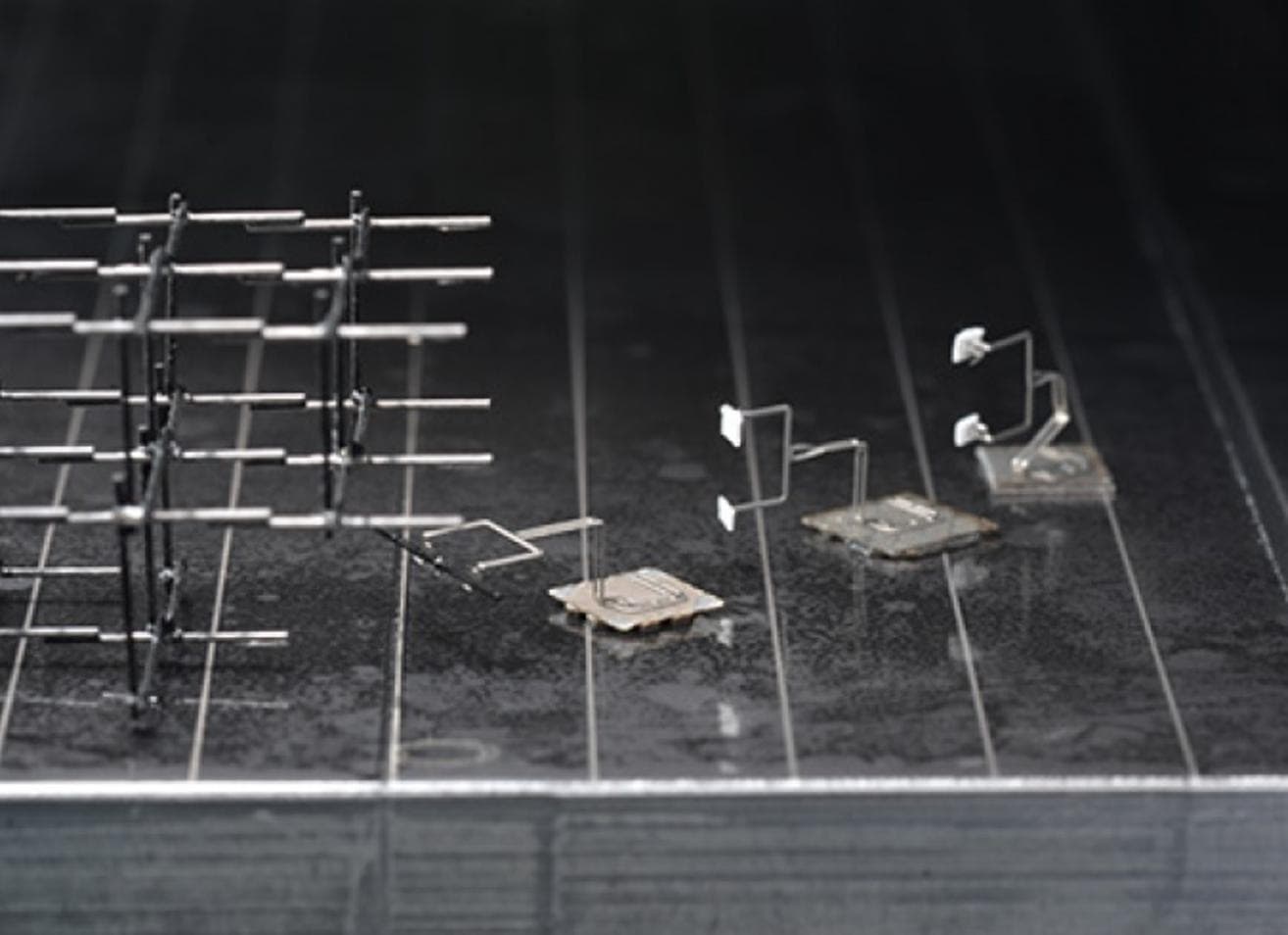 SRI International is developing micro-robots, each with its own tool that can work together as a swarm to construct macro-scale products. These micro-robots are basically magnets that are controlled with magnetic fields through a printed circuit board substrate. It means these tiny robots are built of simple and low-cost materials that allow for mass production.

The circuit boards guide the direction and speed that the robots move in, enabling movement of up to 35 centimeters per second along even flexing surfaces.

Controlling the robots is a little like moving an army of ants that run on parallel tasks. Robots are distinguished by what’s called “end-effectors,” which in simple terms means the tools these bots use to perform tasks.

These robots will be mounted on a mobile robotic base which would allow a microfactory to build parts of any size.

SRI has also found a way to make the robots build their own tools when needed. Since all these micro-robots are basically the same, their tools or “end-effectors” let them carry out varying jobs. The robots can set up their own tool shop where they can fabricate tools for other robots.

The micro-robots can also form into arrays by combining with each other. This allows them to adapt to the particular task at hand.

SRI Robotics Program chief scientist Ron Pelrine says that the micro-robots could also be integrated within other robots, acting like a sort of robotic immune system that can monitor, maintain, and repair the larger robot from within.

The robotics company is also developing a way to use magnetic levitation to control the robots with better precision.

Read This Next
Diner Drama
People Furious at Robot Serving Pancakes at Denny's
Butthole Surfers
Scientists Drive Tiny Robot Around Inside Living Butthole
Robot Violence
YouTube Accidentally Removed Robot Battle Videos for "Animal Cruelty"
Buzz Off
Tiny Spies: This Insect-Like Flying Robot is Smaller Than a Penny
Automating Gym Class
Toyota's Basketball Robot Can Nail Three-Pointers
More on Robots & Machines
No Ethics
5:54 PM on the byte
San Francisco Cops Now Allowed to Use Robots to Kill People
FROM THE DEPT. OF...
Monday on futurism
The Best Over-Ear Headphones of 2022
FROM THE DEPT. OF...
Monday on futurism
The Best Studio Headphones of 2022
READ MORE STORIES ABOUT / Robots & Machines
Keep up.
Subscribe to our daily newsletter to keep in touch with the subjects shaping our future.
+Social+Newsletter
TopicsAbout UsContact Us
Copyright ©, Camden Media Inc All Rights Reserved. See our User Agreement, Privacy Policy and Data Use Policy. The material on this site may not be reproduced, distributed, transmitted, cached or otherwise used, except with prior written permission of Futurism. Articles may contain affiliate links which enable us to share in the revenue of any purchases made.
Fonts by Typekit and Monotype.