Meet the Astrophysicist Who's Using Kickstarter to Save Science

Brian Koberlein believes that a new kind of story needs to be told. 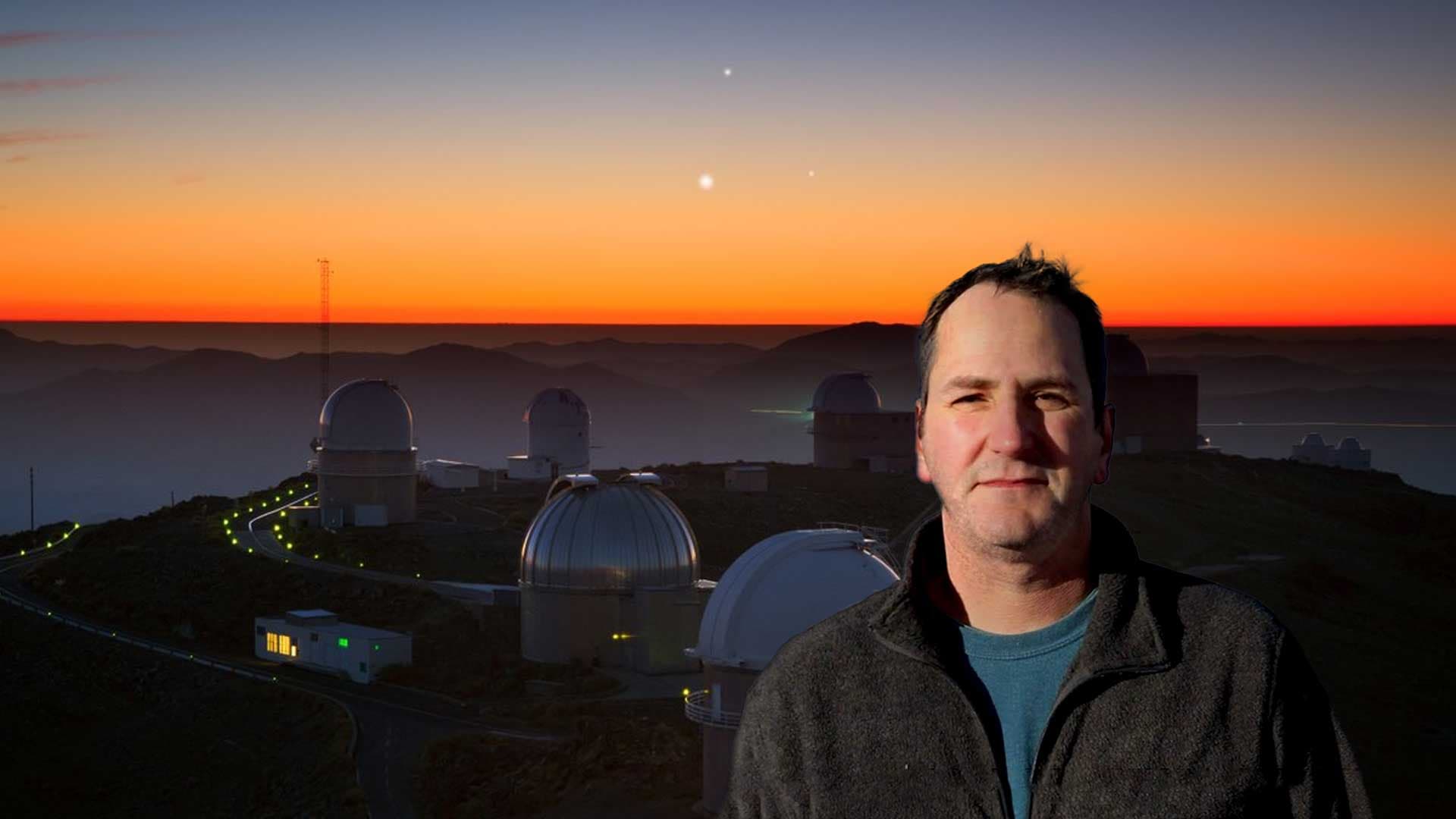 When a major scientific discovery is made, or a new technological breakthrough is achieved, we want to know the who as much as the how. From Einstein's tireless work at a patent office to Ben Franklin's kite tied to a key—we’re as captivated by the story behind the research as we are the actual breakthrough.

That being said, the central figures in these stories are most often the scientists. But they are only part of the story.

Whether the discovery was made on the International Space Station, at a university, or at the bottom of the ocean, there are many people who contributed...people whose names, whose dedication, and whose unique contributions have been (or will very soon be) lost to history.

Brian Koberlein, an astrophysicist and science communicator, is on a mission to find — and tell — those stories. His medium? A television series he's calling Big Science.

"We see the wondrous discoveries in the headlines, but that’s only the end result of months or years of planning."

Koberlein and his team are currently in the development phase of the project, which went up on Kickstarter earlier this month. The idea for the show grew out of Koberlein’s own insatiable curiosity about science and where it happens.

"The project began when I visited several big science facilities. One of the first things that hits you is their scale. Many of them are in remote locations, so you don’t just have to build the scientific equipment, you have to build the infrastructure to support it," Koberlein said. "Teams of people work every day to maintain these facilities and keep things running smoothly, and yet you never hear their stories."

Big Science would be looking at both the macro perspective, focusing on the incredible research facilities where science is happening all over the world, as well as the microcosm within those facilities—the people and the stories behind it. "Each episode will be filmed on location, and will explore its people and culture," Koberlein notes. "When you read about discoveries from these facilities, you’ll know about that little restaurant where physicists gather to have a beer or that time a bat got lost in the neutrino detector."

Koberlein goes on to clarify that the series would tell "the stories of computer technicians who have to work in an oxygenated environment at ALMA because of the extreme altitude, or biologists who help maintain various wildlife at Fermilab, or the cooks who have to feed dozens of people trapped at Kitt Peak during a winter storm."

The show wouldn’t gloss over the research being done, of course. Koberlein said that another focal point of the show’s storytelling would be providing a glimpse into how scientists — often across multiple disciplines — work together to overcome challenges throughout the research process. "We see the wondrous discoveries in the headlines, but that’s only the end result of months or years of planning, study, and work," Koberlein notes, adding "Science is a high-risk endeavor, and that means sometimes we fail."

Speaking of challenges, making Big Science a reality will require the same kind of careful planning, dedication, and adaptability that doing science often does. Koberlein and his team aren’t shying away from those challenges, though, one of the first and foremost of which is logistics. They’ve already got the greenlight from Green Bank Observatory to film the teaser they’re Kickstarting for, but there’s a lot to keep in mind: they don’t want to be disruptive, and for remote locations like Green Bank, weather can often present challenges.

Then there’s the issue of bringing the film crews’ tech into the space of the researchers.  "We also have to worry about issues around radio silence. Video cameras emit radio noise, so we can’t film the observatory up close when data is being collected," Koberlein pointed out, "but we also want to see the facility in action, so timing is critical."

In addition to Green Bank, Big Science already has other site interest and support from within the scientific community.

While a show like Big Science wouldn’t be short on factual information, Koberlein says at its heart, the goal of the program is to make science personal. As science and technology are rooted in complex and, at times, abstract concepts, it can be difficult for people (even the scientists themselves) to feel a personal connection to the work, or see themselves in the broader context of the discoveries made. When that happens, it’s not just about gaining a deeper understanding and appreciation for science and its process – but feeling inspired.

"A young girl who loves computers can see the story of a woman who keeps astronomical data secure across three continents.  A farmer can see how corn fields are maintained above a particle accelerator. A bus driver can see how people are shuttled to an observatory at an elevation of 16,000 feet," Koberlein said. "Science isn’t just a human story; it’s our story. The goal of Big Science is to tell that story."

Big Science needs to meet its Kickstarter goal by September 8th in order to be funded. You can learn more, and back the project, here.

This interview has been slightly edited for brevity and clarity.

Read This Next
Futurism
Bill Nye: "I Predict No One Is Going To Want To Settle on Mars"
Futurism
A New Tool Makes Scientific Writing Easier for the Public to Grasp
Futurism
The Public Doesn't Trust Science. It's 2017. We Need to Fix This.
More on Future Society
Bird Crap
Yesterday on the byte
It Looks Like Elon Musk Is Actually Building a Twitter Payment Platform
Balloon News
Friday on futurism
China Says "Spy Balloon" Soaring Over America Is Completely Innocent
Down in Flames
Wednesday on the byte
Elon Musk Apparently Thinks Twitter Is a "Flaming Dumpster Rolling Down the Street"
READ MORE STORIES ABOUT / Future Society
Keep up.
Subscribe to our daily newsletter to keep in touch with the subjects shaping our future.
+Social+Newsletter
TopicsAbout UsContact Us
Copyright ©, Camden Media Inc All Rights Reserved. See our User Agreement, Privacy Policy and Data Use Policy. The material on this site may not be reproduced, distributed, transmitted, cached or otherwise used, except with prior written permission of Futurism. Articles may contain affiliate links which enable us to share in the revenue of any purchases made.
Fonts by Typekit and Monotype.