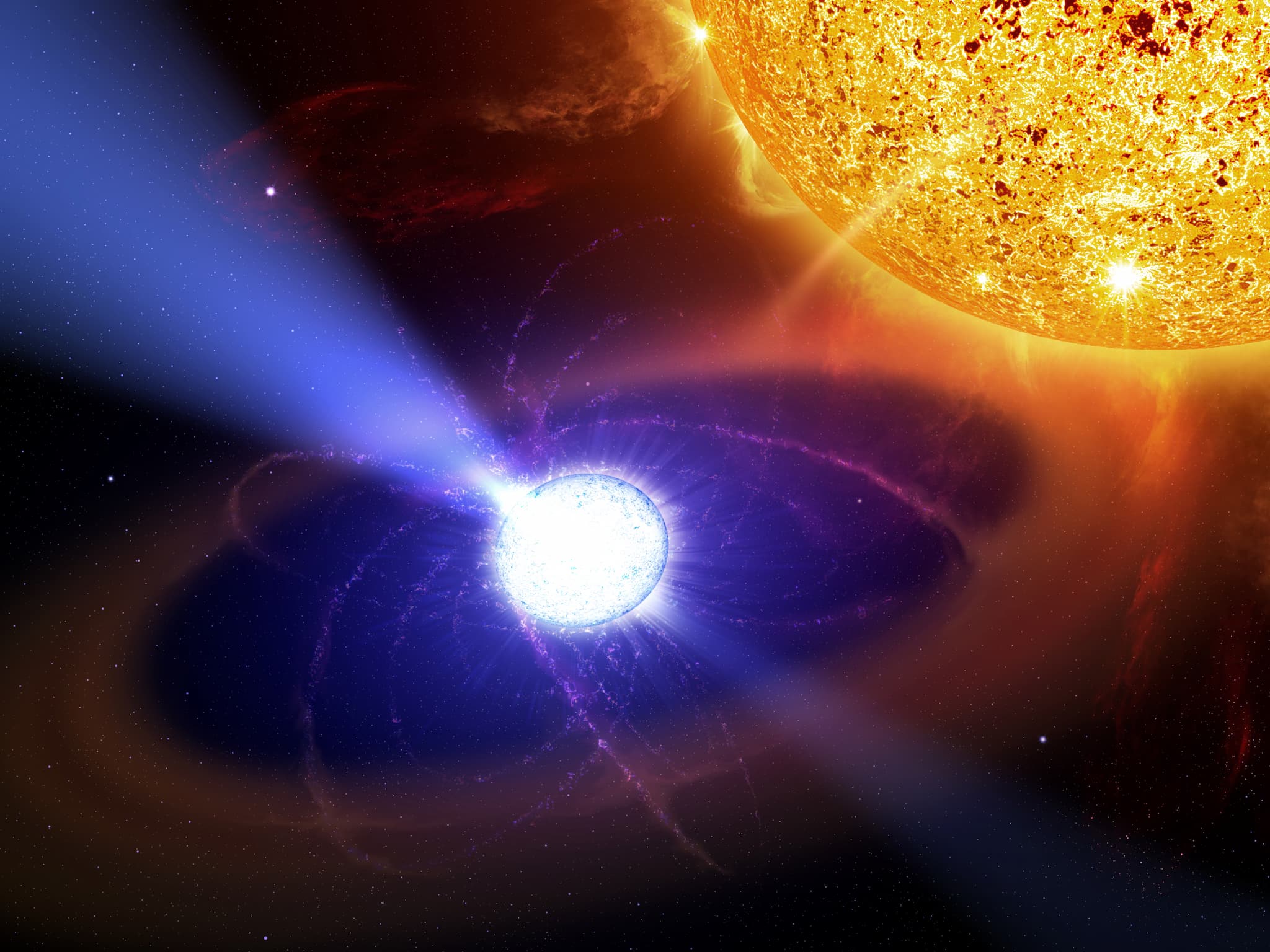 Not all stars die the same. Some flicker out with a whimper. Some slowly grow bright, and then fade after a brief (but fiery) blast. Others suffer immense explosions and quickly transition into black holes. And as it turns out, some dying stars have 'heartbeats.'

Recently, scientists confirmed that some white dwarfs experience rapid brightening events. Aside from the brightening, these pulsating white dwarf stars appear like normal cosmic objects in the final stage of their life cycles.

Scientists know that white dwarf PG1149+057 gets a few percent brighter and fainter every few minutes. This pulsing is typical of such stars; however, the researchers also observed something completely unexpected - every few days there is an arrhythmic, massive outburst. These disrupt the star's regular pulse and significantly heated up its surface for many hours.

The discovery was made possible by using the planet-hunting spacecraft Kepler, which stares unblinkingly at a small patch of sky, uninterrupted by clouds or sunrises. Led by Dr JJ Hermes of the University of Warwick's Astrophysics Group, the astronomers targeted the Kepler spacecraft on a specific star in the constellation Virgo, PG1149+057, which is roughly 120 light years from Earth.

"We have essentially found rogue waves in a pulsating star, akin to 'irregular heartbeats'. These were truly a surprise to see: we have been watching pulsating white dwarfs for more than 50 years now from the ground, and only by being able to stare uninterrupted for months from space have we been able to catch these events."

The star with the irregular beat, PG1149+057, is a pulsating white dwarf, which is the burnt-out core of an evolved star, an extremely dense star which is almost entirely made up of carbon and oxygen. Our Sun will eventually become a white dwarf in more than six billion years, after it runs out of its nuclear fuel.

White dwarfs have been known to pulsate for decades, and some are exceptional clocks, with pulsations that have kept nearly perfect time for more than 40 years. Pulsations are believed to be a naturally occurring stage when a white dwarf reaches the right temperature to generate a mix of partially ionized hydrogen atoms at its surface.

That mix of excited atoms can store up and then release energy, causing the star to resonate with pulsations characteristically every few minutes. Astronomers can use the regular periods of these pulsations just like seismologists use earthquakes on Earth, to see below the surface of the star into its exotic interior. This was why astronomers targeted PG1149+057 with Kepler, hoping to learn more about its dense core. In the process, they caught a new glimpse at these unexpected outbursts.

Interestingly, this is not the only white dwarf to show an irregular pulse. Recently, the Kepler spacecraft witnessed the first example of these strange outbursts while studying another white dwarf, KIC 4552982, which was observed from space for more than 2.5 years.

There is a narrow range of surface temperatures where pulsations can be excited in white dwarfs, and so far irregularities have only been seen in the coolest of those that pulsate. Thus, these irregular outbursts may not be just an oddity; they have the potential to change the way astronomers understand how pulsations, the regular heartbeats, ultimately cease in white dwarfs.

"The theory of stellar pulsations has long failed to explain why pulsations in white dwarfs stop at the temperature we observe them to," argues Keaton Bell of the University of Texas at Austin, who analysed the first pulsating white dwarf to show an irregular heartbeat, KIC 4552982. "That both stars exhibiting this new outburst phenomenon are right at the temperature where pulsations shut down suggests that the outbursts could be the key to revealing the missing physics in our pulsation theory."

Astronomers are still trying to settle on an explanation for these never-before-seen outbursts. Given the similarity between the first two stars to show this behaviour, they suspect it might have to do with how the pulsation waves interact with themselves, perhaps via a resonance.

"Ultimately, this may be a new type of nonlinear behaviour that is triggered when the amplitude of a pulsation passes a certain threshold, perhaps similar to rogue waves on the open seas here on Earth, which are massive, spontaneous waves that can be many times larger than average surface waves," said Dr Hermes. "Still, this is a fresh discovery from observations, and there may be more to these irregular stellar heartbeats than we can imagine yet."