Mars Rover Snaps Image That Looks a Lot Like an Organism, Though of Course It's Almost Certainly Not

It isn't what you think it is. 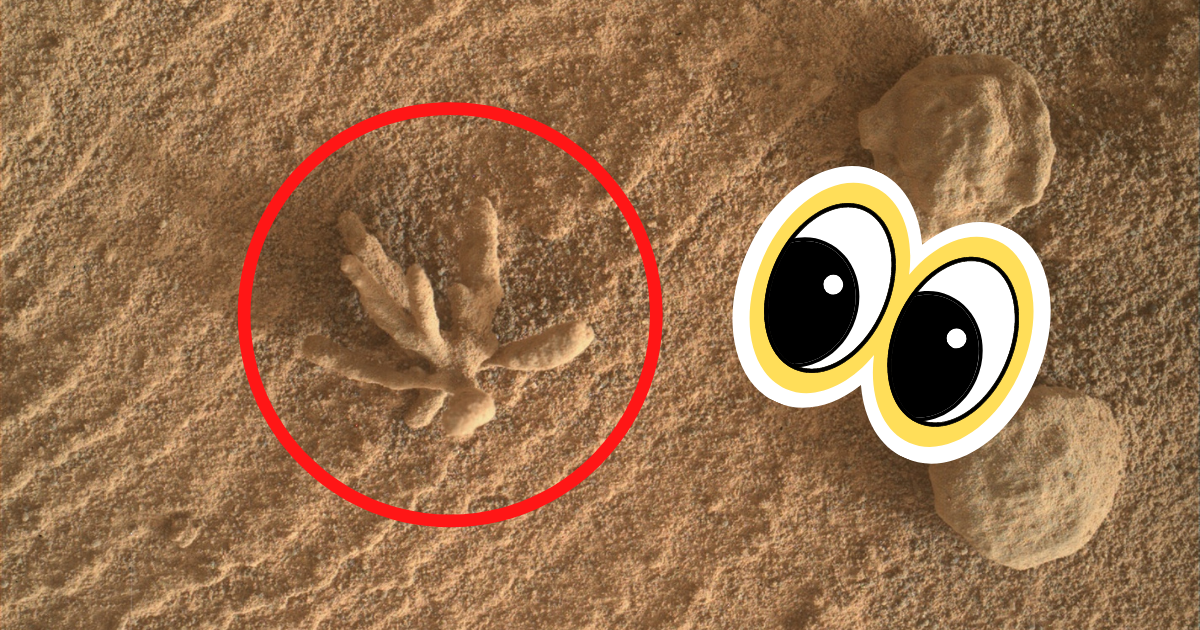 NASA's Mars Exploration Program released an intriguing, beautiful image of what it almost certainly not a flower this week.

The space agency's Curiosity Rover merged six images on Friday to complete a photo of a tiny, microscopic formation that indeed looks like it could be an organism, but is actually created from delicate mineral crystals. The photo was taken by the Mars Hand Lens Imager (MAHLI) at the end of Curiosity's robotic arm, according to NASA.

Abigail Fraeman, Curiosity's deputy project scientist, tweeted the image along with a penny added for scale, shown below.

She went on to share details about similar structures found in the past, explaining via Twitter that flower-like deposits were found on Mars in the Pahrump Hills and made of salts called sulfates. The faux flowers are made of diagenetic crystal clusters, according to ScienceAlert.com. Diagenetic refers to the recombination or rearrangement of minerals, and these three-dimensional crystal clusters are probably made of a combination of minerals that include the sulfates Fraeman mentioned.

In addition, Fraeman retweeted a 3D model of the flower created by Simeon Schmauss using the images the rover captured.

@MarsCuriosity imaged a funky looking mineral formation the other day. This is a 3D model created from 6 images taken by the MAHLI instrument.
Credit: NASA/JPL-Caltech/MSSS

Plenty of fans likened the sandy image to a zen garden, and Fraeman even captioned the photo as a "moment of zen."

"I would call this a "Martian Zen Garden," one user tweeted in response to Schmauss' model.

It might not be a real flower, but the mineral structure sure is pretty to look at and provides scientists with much-needed intel on the Martian surface.