Stop And Look Up: Mars Is Super Close To Earth Right Now

It won't be this close again for another 269 years. 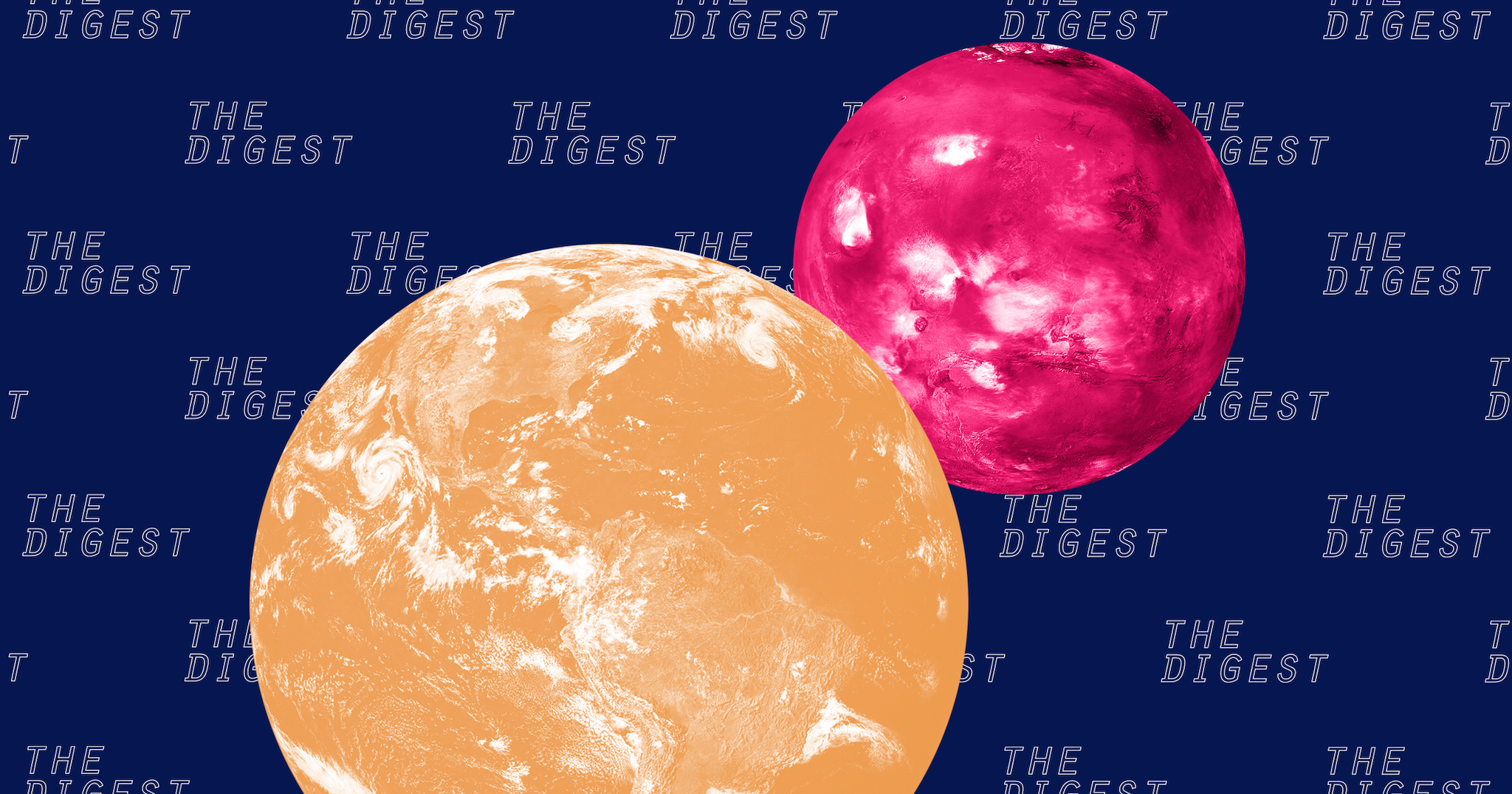 Put down your smartphones, look away from your smart watches. Right now, at this very moment, Mars is closer to Earth than it will be for a long, long time. And you should take a look at the sky for a change.

If you do, you’ll get to see Mars up close for the first time since 2003, when it last made an approach like this. But don’t let that trick you into thinking this is a common occurrence. When Mars knocked on our door in 2003, it was the first time the Red Planet came that close in some 60,000 years, according to Space.com. And if you miss it this time around, you’ll have to wait another 269 years before it comes around again.

The best view of Mars happened early Tuesday morning, but you can still see it Tuesday night, from anywhere in the world, if you simply look up. And unlike last summer's solar eclipse, you’ll be a-okay if you want to stare straight at this floating red ball.

Mars is particularly close to the Earth now because the two planets' orbits are roughly in the same point in their orbit around the sun. This fly-by means that Mars, Earth, and the Sun are all lined up with each other. Because a Mars year and Earth year take different amounts of time, their orbits will soon desynch and the planets will separate.

So, we beg you: stop tweeting, stop playing Fortnite, stop reading this article, and just look up. Find that orangey-red circle in the sky that looks bigger and brighter than usual. Pause and marvel. You'll be happy you did.

More about Mars: There’s A Huge Subterranean Lake of Liquid Water on Mars

Read This Next
A Sip of Opal
NASA Discovers Precious Gemstones on Mars
Martian Oases
Scientist Proposes Growing a Forest Inside a Bubble on Mars
Monkey Business
China Plans to Send Monkeys to Space Station to Have Sex With Each Other
Big Impact
Meteorite Hit Mars So Hard NASA Thought It Was a Quake
Overview Effect
William Shatner Says His Space Trip Left Him With a Feeling of Terrible Grief
More on Off World
Stunning Centaur
3:13 PM on the byte
James Webb Spots Asteroid With Its Own Saturn-Like Rings
Grrrrrrrr
Yesterday on the byte
Internet Erupts as NASA Spots Cartoon Bear on Surface of Mars
Gl1tc4
Yesterday on the byte
NASA Says Another James Webb Instrument Has Suffered a Glitch
READ MORE STORIES ABOUT / Off World
Keep up.
Subscribe to our daily newsletter to keep in touch with the subjects shaping our future.
+Social+Newsletter
TopicsAbout UsContact Us
Copyright ©, Camden Media Inc All Rights Reserved. See our User Agreement, Privacy Policy and Data Use Policy. The material on this site may not be reproduced, distributed, transmitted, cached or otherwise used, except with prior written permission of Futurism. Articles may contain affiliate links which enable us to share in the revenue of any purchases made.
Fonts by Typekit and Monotype.