Mark Cuban: Tech Will Advance More in the Next Decade Than It Did in the Last Three

“It's just going to blow everything away." 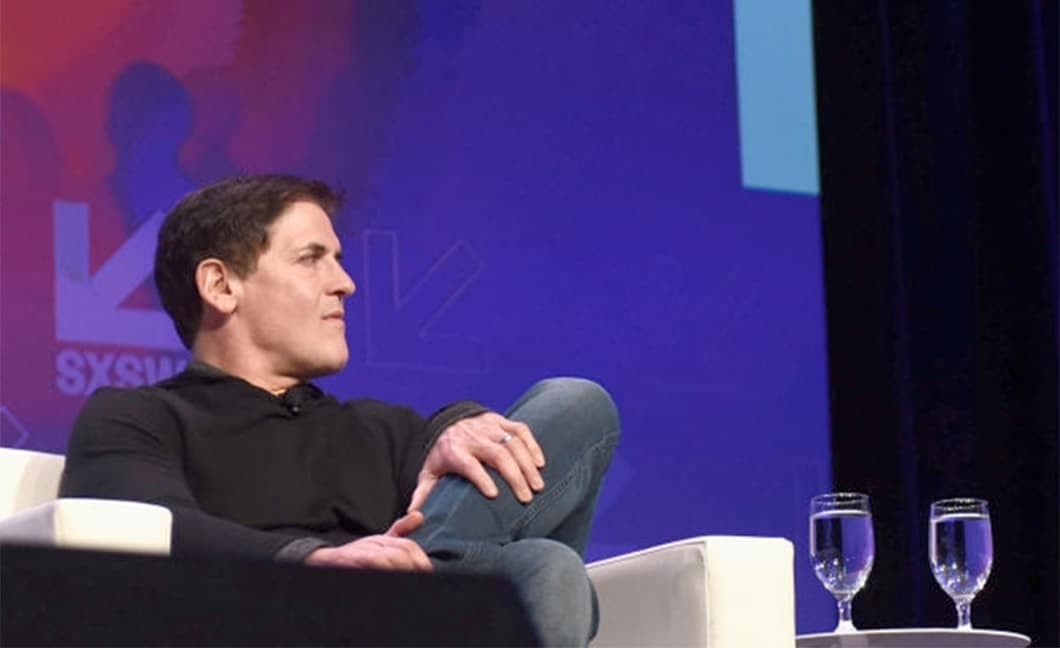 AI Will Lead to Big Money

Mark Cuban is a self-made billionaire. The world's first trillionaires, however, will be made by artificial intelligence (AI).

That's what the Dallas Mavericks owner reportedly said Sunday night at the 2017 SXSW Conference. He believes that, given all the advances in technology today, AI entrepreneurs are bound to be the world's first trillion-dollar men.

"I am telling you, the world's first trillionaires are going to come from somebody who masters AI and all its derivatives and applies it in ways we never thought of," Cuban said. We should expect to "see more technological advances over the next ten years than we have over the last 30. It's just going to blow everything away."

Cuban believes that, if you want a shot at being one of those future trillionaires, you need to prepare for it right now. "Whatever you are studying right now, if you are not getting up to speed on deep learning, neural networks, etc., you lose," said Cuban.

The star investor of ABC reality show "Shark Tank" expanded in his vision of the future during the talk:

We are going through the process where software will automate software, automation will automate automation. I would not want to be a CPA right now. I would not want to be an accountant right now. I would rather be a philosophy major. Knowing how to critically think and assess them from a global perspective I think is going to be more valuable than what we see as exciting careers today, which might be programming or CPA or those types of things.

A Wave of Change

This change in which skills will be relevant in the coming years is born from the expectation that AI and automated systems will replace human workers in a range of jobs, both blue- and white-collar. Automation, strengthened by better AI, will disrupt the workforce, potentially taking over about 47 percent of jobs in the U.S. and 40 percent in Canada, according to studies. One possible answer to the widespread unemployment this will cause is universal basic income (UBI), but Cuban doesn't believe that UBI would be a great solution.

What he does believe is that automation is inevitable and that we need to be prepared for it. "'What kind of opportunity can I create that gives these people hope for jobs and the ability to live a valuable life?' That's what people in this room can help think of, because our current administration is not going to solve that problem by thinking they are bringing back factories," Cuban said, obviously referencing President Trump's labor plans.

Government's role remains crucial, however. There's a need for well-informed and research-based policies to guide the development of AI systems — a task the Obama administration began and that several private institutions are actively pursuing.

There's more to AI, of course, than just taking over jobs. In fact, the technology is already transforming the way we go about our day-to-day lives, as we become increasingly dependent on devices that rely on machine learning systems and deep learning algorithms. AI is transforming the medical field, bringing better diagnosis and more effective treatments, and soon, our cars will drive themselves. Given the innumerable ways AI tech could disrupt our world, the idea that the first person to cross into trillionaire territory will do so while riding the AI wave isn't far-fetched at all.

Read This Next
Singularity Thoughts
Neuralink Co-Founder Predicts That Humanity Will Get "Wrecked"
Futurism
Crime-Fighting AI Put a Guy in Jail for a Year With Little Evidence
Bot Versus Bot
A Bot Made Frank Sinatra Cover Britney Spears. YouTube Removed It Over Copyright Claims.
Cost of Living
This Company Is Paying People $1,830 to Film Them Constantly
Lowkey Robot Takeover
New Futurist Fear: "Economic Singularity" Could Kill Jobs Forever
More on Future Society
I Silence Thee
Jan 28 on futurism
Leaked Messages Seem to Show Elon Musk Using Twitter to Punish His Enemies
Gas Giant
Jan 27 on the byte
Journalist Eats Lab-Grown Chicken, Gets "Weirdly Gassy"
Musk Rats
Jan 26 on the byte
Twitter Is Quietly Re-Suspending the Lunatics Elon Musk Let Back On
READ MORE STORIES ABOUT / Future Society
Keep up.
Subscribe to our daily newsletter to keep in touch with the subjects shaping our future.
+Social+Newsletter
TopicsAbout UsContact Us
Copyright ©, Camden Media Inc All Rights Reserved. See our User Agreement, Privacy Policy and Data Use Policy. The material on this site may not be reproduced, distributed, transmitted, cached or otherwise used, except with prior written permission of Futurism. Articles may contain affiliate links which enable us to share in the revenue of any purchases made.
Fonts by Typekit and Monotype.