If you've got excessive ear wax, or need to look inside your ears, the SPADE can help you keep it clear, and it's 21% off for a limited time. 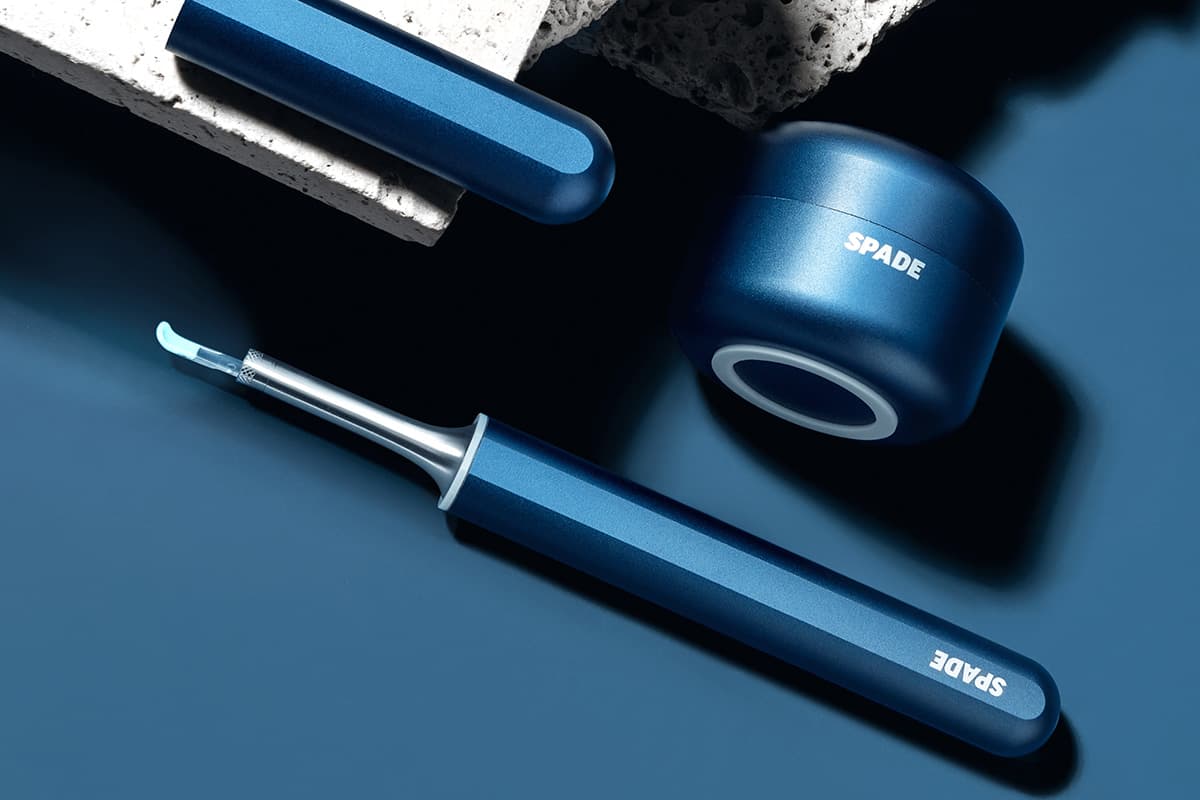 We throw away a lot of plastic, and it will stick around for decades. That includes your cotton swabs. Worse, cotton swabs aren't particularly effective at their primary job, namely cleaning out your ears. Shoving a swab in your ears just grinds the wax into your ear canal further. Fortunately, SPADE, the smartest ear wax removal system, can not only do the job better, it can do it for just $99.99, 21% off the MSRP.

The ear is a marvel of self-cleaning. As you produce ear wax, also called cerumen, and it does its job, that wax is pulled out of your ear canal by new skin growth and by the natural movement of your jaw as you talk and eat, where it simply falls out.

That said, there are situations where you'll need to remove wax. This is usually when the amount of wax in the canal affects your hearing, called "impacted earwax"; if you're unable to move your jaw normally for long periods of time, such as after a dental or other surgical procedure, if multiple infections damage the ear, or if water or other matter gets trapped in the cerumen.

Swabs, however, aren't ideal. In fact, many methods of ear wax removal, like swabs, are a cause of ear blockages. SPADE solves this issue by offering Ear Picks in four different shapes to make it easy to remove the offending matter while leaving your healthy wax alone. There's even temperature control, so you don't have to put a cold SPADE in your sensitive ears.

See What You're Doing

Another problem with swabs is you generally have to navigate by feel, and touch can be a deceptive sense. Anybody who's had a grain of sand go under their eyelid knows that touch can make a tiny speck feel like a boulder, and that can leave you wiggling a swab around in your ear, crushing down wax and doing damage, for a tiny annoyance.

SPADE, though, offers an endoscope on the end and connects to your phone with an app via Wi-Fi, so you can see what you're doing. The camera has three megapixels, offering great resolution at its size, paired with six LEDs to give you plenty of light to observe. And the app has photo and recording tools, so if you're concerned, you can snap it and email it to your doctor right away.

In fact, even if you leave well enough alone in your ears otherwise, if you or a family member are prone to ear infections or other issues, SPADE is a quick way to take a look inside and see what's going on. It's easy for parents and those in elder care to use, and is gentle on sensitive ears.

SPADE is also built to be easy to use, in every regard. The handle is designed to be ergonomic whether you're cleaning out your own ears or seeing what's going on in the noggins of your kids. The charging base uses USB-C, so you'll have plenty of spare cables. And the battery keeps your SPADE running for up to sixty days after a single charge. Even the cap is magnetic, making it easier to keep track off and your Ear Picks covered.

Swabs may be useful for applying make-up and cleaning off delicate surfaces. But they're just not engineered to go into your ears, and they're not designed for the planet. SPADE's designed to solve your ear wax problems, and at $99.99, 21% off the MSRP, you'll spare yourself the swab, and save a little money into the bargain.

Read This Next
Recipe For Disaster
FDA Warns Americans to Stop Cooking Chicken in NyQuil
Heads Will Roll
Someone Stole a Bunch of Human Heads from a Medical Truck
Swole Patrol
Scientists Find That Lifting Weights for Just Three Seconds Is Quite Good for You
Crooked Cops
NYPD Cop Investigated for $1.5 Million Scheme to Sell Fake Vaccine Cards
Artificial Baby
Chinese Scientists Create System to Care For Embryos in Artificial Womb
More on Sci-Fi Visions
Human v. Giraffe
Tuesday on the byte
Chaotic Italian Fashion Line Baffles Facial Recognition Software
Step One
Tuesday on the byte
World’s Third Richest Person Says He’s Developed "Addiction" to ChatGPT
FROM THE DEPT. OF...
Tuesday on futurism
The Best Places to Buy A Laptop in 2023
READ MORE STORIES ABOUT / Sci-Fi Visions
Keep up.
Subscribe to our daily newsletter to keep in touch with the subjects shaping our future.
+Social+Newsletter
TopicsAbout UsContact Us
Copyright ©, Camden Media Inc All Rights Reserved. See our User Agreement, Privacy Policy and Data Use Policy. The material on this site may not be reproduced, distributed, transmitted, cached or otherwise used, except with prior written permission of Futurism. Articles may contain affiliate links which enable us to share in the revenue of any purchases made.
Fonts by Typekit and Monotype.