Sick of spam calls? RoboKiller makes sure they don't even get to the first ring. 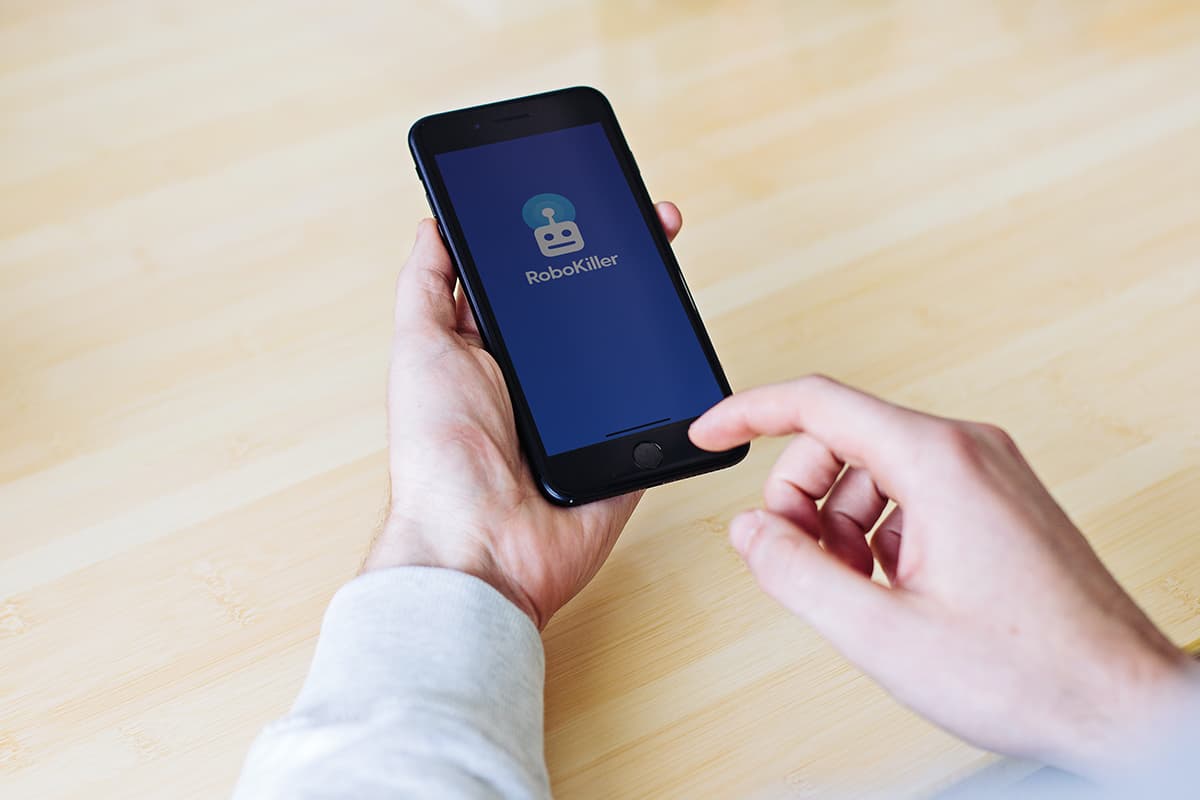 All technology has benefits and drawbacks depending on how we decide to use it. And, while we'd never go back to a pre-smartphone, pre-digital world, modern technology is being used for petty annoyances like automating obnoxious behavior and scams. Fortunately, you don't have to put up with spam, as RoboKiller keeps the scammy calls and texts off your phone, and you can now save over 50% on a two-year subscription.

RoboKiller solves the spam problem by fighting fire with fire, a solution so creative that it was awarded the top prize by the FTC in 2015 for its robocall prevention contest. It deploys its AnswerBots to accept calls before they ring you, and determine if they're legitimate or fake. If the latter, the AnswerBots are designed to keep spammers talking, both to keep them from bothering other people and to get enough audio to be analyzed for their unique audio "fingerprint."

Every person has a unique sound to their voice that can be identified with enough data. Once RoboKiller finds that fingerprint, it goes into its database to be compared against others. When there's a match with a known spammer, RoboKiller's database blocks the numbers. It'll also send you alerts with the number that attempted to call you, what the caller was claiming to be, and a recording of the call if you want to listen to the spammer have the tables turned.

In addition, RoboKiller has anti-spoofing tools to prevent the incorrect number being shown on your phone and trick you into answering, as well as SMS protection to block unwanted text messages. It even has a personal block/allow listing tools so you can "whitelist" friends and family and guarantee they always get through.

Read This Next
From the Dept. of Things to Buy
Save Hundreds With These Labor Day Deals on Samsung TVs, Laptops, Tablets, and More
FROM THE DEPT. OF THINGS TO BUY
Save $60 on Brydge's Stellar iPad Pro Keyboard
FROM THE DEPT. OF THINGS TO BUY
Apple Announced Its Fastest MacBook Air Yet at WWDC 2022
Tim Apple
Apple CEO Menaced by Armed Stalker Who Thinks She's His Wife
From Our Partners
Manage Your MacBook Better With This SetApp Subscription
More on Sci-Fi Visions
Human v. Giraffe
Tuesday on the byte
Chaotic Italian Fashion Line Baffles Facial Recognition Software
Step One
Tuesday on the byte
World’s Third Richest Person Says He’s Developed "Addiction" to ChatGPT
FROM THE DEPT. OF...
Tuesday on futurism
The Best Places to Buy A Laptop in 2023
READ MORE STORIES ABOUT / Sci-Fi Visions
Keep up.
Subscribe to our daily newsletter to keep in touch with the subjects shaping our future.
+Social+Newsletter
TopicsAbout UsContact Us
Copyright ©, Camden Media Inc All Rights Reserved. See our User Agreement, Privacy Policy and Data Use Policy. The material on this site may not be reproduced, distributed, transmitted, cached or otherwise used, except with prior written permission of Futurism. Articles may contain affiliate links which enable us to share in the revenue of any purchases made.
Fonts by Typekit and Monotype.