In Just a Few Short Years, CRISPR Has Sparked a Research Revolution

The powerful gene-editing tool is already living up to its hype. 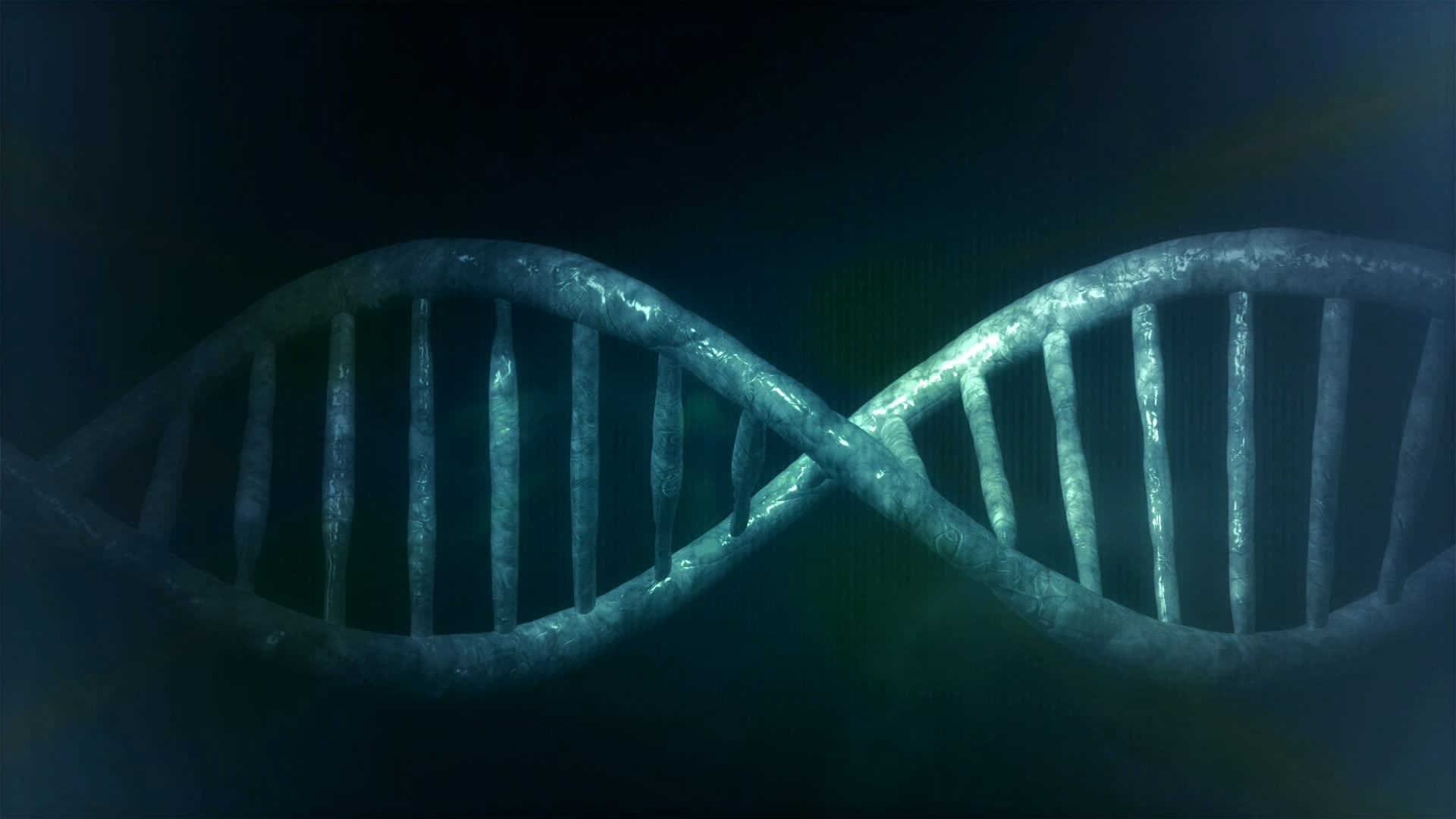 There’s a revolution happening in biology, and its name is CRISPR.

CRISPR (pronounced “crisper”) is a powerful technique for editing DNA. It has received an enormous amount of attention in the scientific and popular press, largely based on the promise of what this powerful gene editing technology will someday do.

CRISPR was Science magazine’s 2015 Breakthrough of the Year; it’s been featured prominently in the New Yorker more than once; and The Hollywood Reporter revealed that Jennifer Lopez will be the executive producer on an upcoming CRISPR-themed NBC bio-crime drama. Not bad for a molecular biology laboratory technique.

CRISPR is not the first molecular tool designed to edit DNA, but it gained its fame because it solves some longstanding problems in the field. First, it is highly specific. When properly set up, the molecular scissors that make up the CRISPR system will snip target DNA only where you want them to. It is also incredibly cheap. Unlike previous gene editing systems which could cost thousands of dollars, a relative novice can purchase a CRISPR toolkit for less than US$50.

Research labs around the world are in the process of turning the hype surrounding the CRISPR technique into real results. Addgene, a nonprofit supplier of scientific reagents, has shipped tens of thousands of CRISPR toolkits to researchers in more than 80 countries, and the scientific literature is now packed with thousands of CRISPR-related publications.

When you give scientists access to powerful tools, they can produce some pretty amazing results.

The CRISPR revolution in medicine

The most promising (and obvious) applications of gene editing are in medicine. As we learn more about the molecular underpinnings of various diseases, stunning progress has been made in correcting genetic diseases in the laboratory just over the past few years.

In 2014, researchers at the University of Texas showed that CRISPR could correct mutations associated with muscular dystrophy in isolated fertilized mouse eggs which, after being reimplanted, then grew into healthy mice. By February of this year, a team here at the University of Washington published results of a CRISPR-based gene replacement therapy which largely repaired the effects of Duchenne muscular dystrophy in adult mice. These mice showed significantly improved muscle strength — approaching normal levels — four months after receiving treatment.

Using CRISPR to correct disease-causing genetic mutations is certainly not a panacea. For starters, many diseases have causes outside the letters of our DNA. And even for diseases that are genetically encoded, making sense of the six billion DNA letters that comprise the human genome is no small task. But here CRISPR is again advancing science; by adding or removing new mutations — or even turning whole genes on or off — scientists are beginning to probe the basic code of life like never before.

CRISPR is already showing health applications beyond editing the DNA in our cells. A large team out of Harvard and MIT just debuted a CRISPR-based technology that enables precise detection of pathogens like Zika and dengue virus at extremely low cost — an estimated $0.61 per sample.

Using their system, the molecular components of CRISPR are dried up and smeared onto a strip of paper. Samples of bodily fluid (blood serum, urine, or saliva) can be applied to these strips in the field and, because they linked CRISPR components to fluorescent particles, the amount of a specific virus in the sample can be quantified based on a visual readout. A sample that glows bright green could indicate a life-threatening dengue virus infection, for instance. The technology can also distinguish between bacterial species (useful for diagnosing infection) and could even determine mutations specific to an individual patient’s cancer (useful for personalized medicine).

Almost all of CRISPR’s advances in improving human health remain in an early, experimental phase. We may not have to wait long to see this technology make its way into actual, living people though; the CEO of the biotech company Editas has announced plans to file paperwork with the Food and Drug Administration for an investigational new drug (a necessary legal step before beginning clinical trials) later this year. The company intends to use CRISPR to correct mutations in a gene associated with the most common cause of inherited childhood blindness.

CRISPR will soon affect what we eat

Physicians and medical researchers are not the only ones interested in making precise changes to DNA. In 2013, agricultural biotechnologists demonstrated that genes in rice and other crops could be modified using CRISPR — for instance, to silence a gene associated with susceptibility to bacterial blight. Less than a year later, a different group showed that CRISPR also worked in pigs. In this case, researchers sought to modify a gene related to blood coagulation, as leftover blood can promote bacterial growth in meat.

You won’t find CRISPR-modified food in your local grocery store just yet. As with medical applications, agricultural gene editing breakthroughs achieved in the laboratory take time to mature into commercially viable products, which must then be determined to be safe. Here again, though, CRISPR is changing things.

A common perception of what it means to genetically modify a crop involves swapping genes from one organism to another — putting a fish gene into a tomato, for example. While this type of genetic modification — known as transfection — has actually been used, there are other ways to change DNA. CRISPR has the advantage of being much more programmable than previous gene editing technologies, meaning very specific changes can be made in just a few DNA letters.

This precision led Yinong Yang — a plant biologist at Penn State — to write a letter to the USDA in 2015 seeking clarification on a current research project. He was in the process of modifying an edible white mushroom so it would brown less on the shelf. This could be accomplished, he discovered, by turning down the volume of just one gene.

Yang was doing this work using CRISPR, and because his process did not introduce any foreign DNA into the mushrooms, he wanted to know if the product would be considered a “regulated article” by the Animal and Plant Health Inspection Service, a division of the U.S. Department of Agriculture tasked with regulating GMOs.

“APHIS does not consider CRISPR/Cas9-edited white button mushrooms as described in your October 30, 2015 letter to be regulated,” they replied.

Yang’s mushrooms were not the first genetically modified crop deemed exempt from current USDA regulation, but they were the first made using CRISPR. The heightened attention that CRISPR has brought to the gene editing field is forcing policymakers in the U.S. and abroad to update some of their thinking around what it means to genetically modify food.

One particularly controversial application of this powerful gene editing technology is the possibility of driving certain species to extinction — such as the most lethal animal on Earth, the malaria-causing Anopheles gambiae mosquito. This is, as far as scientists can tell, actually possible, and some serious players like the Bill and Melinda Gates Foundation are already investing in the project. (The BMGF funds The Conversation Africa.)

Most CRISPR applications are not nearly as ethically fraught. Here at the University of Washington, CRISPR is helping researchers understand how embryonic stem cells mature, how DNA can be spatially reorganized inside living cells, and why some frogs can regrow their spinal cords (an ability we humans do not share).

It is safe to say CRISPR is more than just hype. Centuries ago we were writing on clay tablets — in this century we will write the stuff of life.

Read This Next
Mystery Meat
Lawsuit Claims That Subway "Tuna" Contains Extremely Weird DNA
So Long Hard Drives
Scientists Successfully Store Data Inside DNA of Living Bacteria
Buck Like Funnies
This Plastic Bunny Has DNA Explaining How to Make More Bunnies
Brands We Love
Learn About Your Past and Take Control of Your Future With 23andMe Health + Ancestry
Greater Good
China Isn’t Afraid to Be the "Bad Guy" of CRISPR Research
More on Hard Science
Warped Tour
Feb 2 on futurism
Professor Believes Door to Warp Drive May Lie With Ethylene Glycol
Sky Bursts
Feb 2 on the byte
Astronomers Intrigued by 25 Mysterious Repeating Radio Signals From Deep Space
Tractor Beam
Jan 26 on the byte
Scientists Build Working Tractor Beam, Although It's Comically Tiny
READ MORE STORIES ABOUT / Hard Science
Keep up.
Subscribe to our daily newsletter to keep in touch with the subjects shaping our future.
+Social+Newsletter
TopicsAbout UsContact Us
Copyright ©, Camden Media Inc All Rights Reserved. See our User Agreement, Privacy Policy and Data Use Policy. The material on this site may not be reproduced, distributed, transmitted, cached or otherwise used, except with prior written permission of Futurism. Articles may contain affiliate links which enable us to share in the revenue of any purchases made.
Fonts by Typekit and Monotype.