This planet has one of the weirdest orbits ever seen. 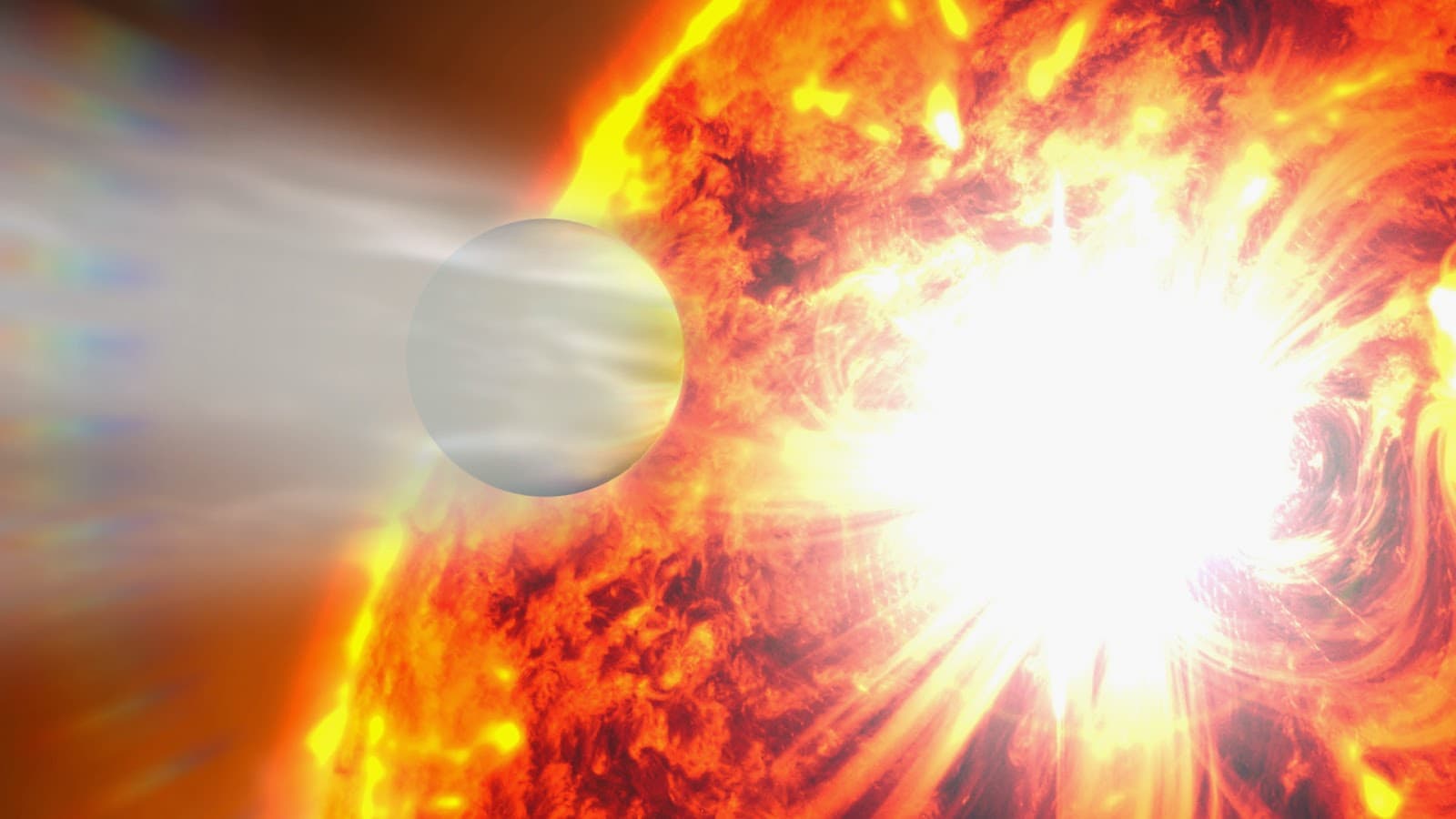 A new study detailed in The Astrophysical Journal describes a recently discovered exoplanet with a very peculiar orbit: comet-like, it swings around its sun in a flattened ellipse, with the central star at one focus of the orbit and the outer reaches of the system at the other.

The discovery was made by Stephen Kane and his team at San Francisco State University, which first noticed the extrasolar body after detecting reflected light as the planet approached its star. The exoplanet is named HD 20782b, and is located 117 light years away from Earth.

The orbit of HD 20782b has an eccentricity rating of .96, making it the most elliptical orbit that astronomers have so far measured. The planet moves in an elongated ellipse before it slingshots around its host star.

The team says the discovery is “a particularly lucrative observing opportunity” in the study of an eccentric-orbit planet and its atmosphere. They can learn how the planet can survive such a close encounter with its sun by observing the light reflected off of it.

HD 20782b is more than twice as far away from its star than the Earth is to our Sun whenever the exoplanet reaches its furthest arc. On the opposite end, it comes so close to its host star that it’s closer than Mercury is to the Sun.

“It's around the mass of Jupiter, but it's swinging around its star like it's a comet,” says Kane.

Kane and his colleagues confirmed the eccentric orbit through the Transit Ephemeris Refinement and Monitoring Survey (TERMS), which looks at exoplanets passing in front of their stars. Using space telescopes, the astronomers collected light data to study the planet’s atmosphere and how it behaves.

“The time it takes to swing around the star is so quick that there isn't time to remove all the icy materials that make the atmosphere so reflective,” says Kane.

They don’t yet know what HD 20782b’s atmosphere is composed of, but Kane’s team says that its observations hint at an atmosphere similar to Jupiter’s reflective cloud cover.

Their research has been published in The Astrophysical Journal.

Read This Next
It's Baby
NASA's TESS Mission Has Spotted Its Smallest Exoplanet Ever
Water Worlds
Exoplanet "Water Worlds" Could Hold Unfathomably Deep Alien Oceans
Futurism
Astronomers Just Discovered Three Planets in an Entirely New Way
Futurism
Lights Out: DARKNESS Camera Filters Starlight to Spot Planets
Futurism
Hazy Experiments Could Teach Us About Alien Life
More on Off World
Exoplanet Dance
Yesterday on the byte
Scientist Releases Amazing Video of Exoplanets Orbiting Distant Star
Space Junk News
Yesterday on the byte
Two Large Chunks of Space Debris Just Almost Collided in an Epic Disaster
Mars Drop
Yesterday on the byte
NASA's Mars Rover Perseverance Just Dropped Off Its Last Sample
READ MORE STORIES ABOUT / Off World
Keep up.
Subscribe to our daily newsletter to keep in touch with the subjects shaping our future.
+Social+Newsletter
TopicsAbout UsContact Us
Copyright ©, Camden Media Inc All Rights Reserved. See our User Agreement, Privacy Policy and Data Use Policy. The material on this site may not be reproduced, distributed, transmitted, cached or otherwise used, except with prior written permission of Futurism. Articles may contain affiliate links which enable us to share in the revenue of any purchases made.
Fonts by Typekit and Monotype.