"Jordan Peterson displays a near complete misunderstanding of climate change." 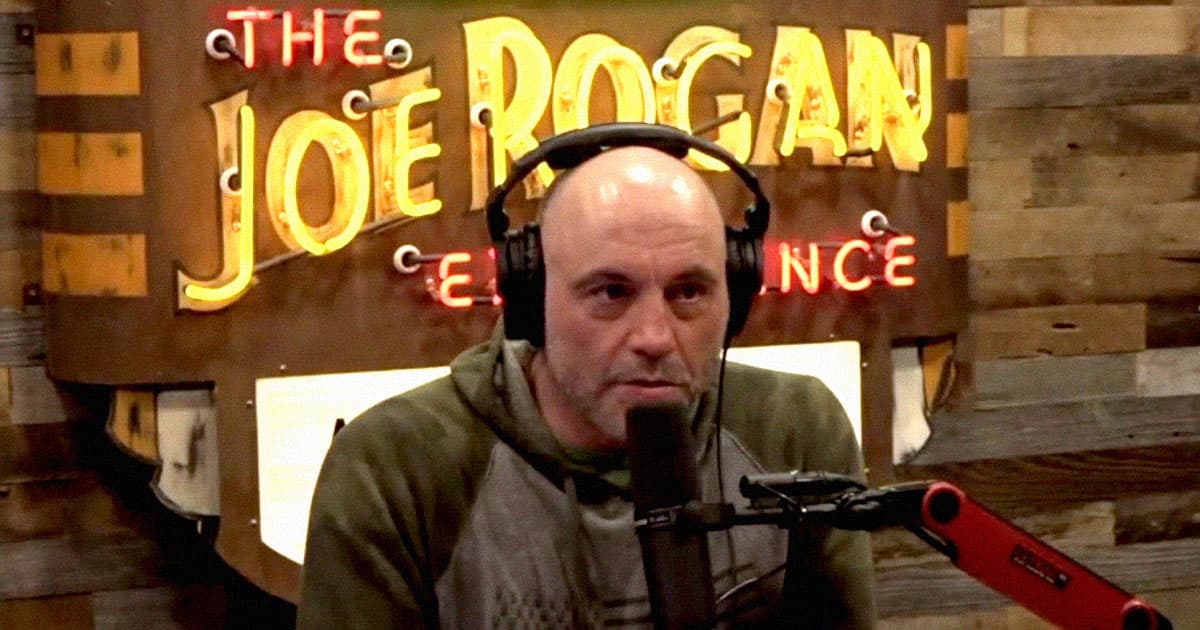 Image by The Joe Rogan Experience

Talking steroid syringe Joe Rogan hosted champion of the all-meat diet Jordan Peterson on his podcast — and had an exchange that’ll leave you thinking "podcasting was the greatest mistake humans have ever made."

Over the course of the four-hour exercise in tediousness, the two got into a spirited climate change debate where — by some cursed miracle — Rogan came away looking like the smart one.

Listen to it for yourself below:

To recap, Rogan brings up a book about climate change that he's reading.

"The climate change one is a weird one," he muses.

Peterson seizes the stupid baton and launches into a cacophony of word salad about how "there’s no such thing as climate."

He then immediately contradicts himself by saying that "climate" and "everything" are the same, actually. So climate models couldn’t possibly be correct — because they’re not about everything!

He also claimed that the errors in the model "compound over time" — they don’t, by the way — before going on to blame poor people for hurting the environment. Which, wait, he was just saying doesn't exist? Honestly, we can't keep up with his galaxy-brain logic.

Perhaps the most shocking thing about this exchange, though, is that it took place in a podcast studio by two people who are paid lots of money for their thoughts and insights, and not in a dorm room by two college libertarians between massive bong rips.

Naturally, climate scientists and people with at least a single neuron firing in their brains were horrified and perplexed by the exchange.

"Guys, for the love of everything holy, please, please, have somebody on who knows what the heck a climate model is!!!" NASA climate scientist Gavin Schmidt tweeted.

John Abraham, a climate scientist and professor at the University of St. Thomas, told The Guardian that the exchange was "a word salad of nonsense spoken by people who have no sense when it comes to climate change."

"To say that climate model errors increase like compound interest is laughable," Abraham continued. "Jordan Peterson displays a near complete misunderstanding of climate change, and the tools climate scientists use to understand what is happening to our planet."

Ultimately, the episode is merely another addition to the Mt. Everest of misinformation and bad faith arguments that is "The Joe Rogan Experience."

You’d think it wouldn’t shock us — and yet, Rogan always manages to find a way to outdo himself. Honestly, it’d be impressive if it weren’t so horrifying.

More on Joseph Rogan: Watch Joe Rogan’s Vaccine Misinfo Get Destroyed by His Own Guest