The videos will have you smiling ear-to-ear. 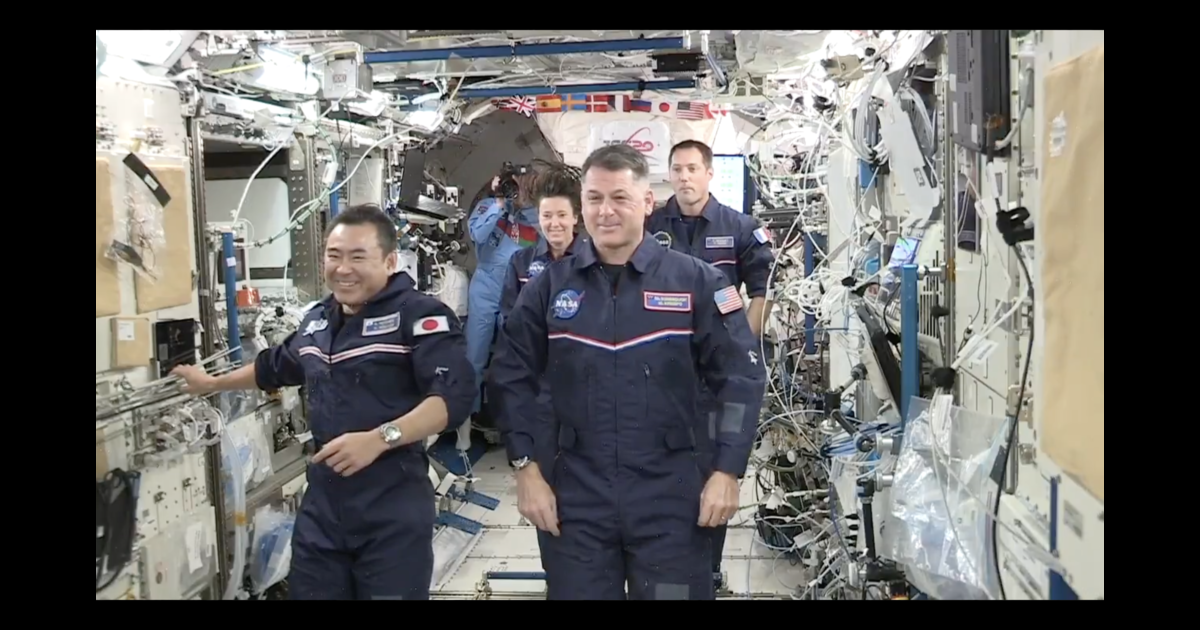 Who says astronauts can’t participate in the Olympics too?

While the world’s best athletes are running and jumping for medals in Tokyo, a different kind of competition happened 250 miles above their heads as the astronauts of the International Space Station (ISS) held their own Olympic games.

French astronaut Thomas Pesquet posted a series of delightful tweets wherein the astronauts aboard the ISS competed in a variety of games on Friday. It included the lack-of-floor routine:

Pesquet announced the start of the "very first Space Olympics" on Twitter last week to mark the beginning of the Tokyo Olympics. The crew even decked out the ISS in country flags for the occasion.

Instead of pitting the "athletes" up by country, though, the ISS astronauts put their own spin on things.

"For crew cohesion, we put together a friendly competition between the #Soyuz team and the #CrewDragon team," Pesquet tweeted.

The very first Space @Olympics!!! For crew cohesion, we put together a friendly competition between the #Soyuz team and the #CrewDragon team. With sports specific to space, mind you 😀 https://t.co/u5hSoGPWdS #MissionAlpha pic.twitter.com/STG6Zmr8H3

While there's been no update as to which team got gold and silver, it's fair to say that Crew Dragon demolished Russia’s Soyuz crew in the synchronized space swimming competition — though, Soyuz's no-floor routine could give Simone Biles a run for her money. No word yet on whether or not the Russian crew passed their doping test.

All joking aside, the videos are a hilarious and downright heartwarming showcase of the fun and camaraderie that nations can have when working together. We can all definitely learn a thing or two from our amazing astronauts on the ISS… or at least, a few new dance moves.

More on ISS: Russia Will Investigate Whether Space Station Suffered Damage During Incident

Read This Next
Don't let the door hit you
Elon Musk Lobs Casual Space Station Burn at Moscow
Buh Bye
Russia Says It's Definitely Quitting the ISS But Doesn't Say When Exactly
Don't Let the Door Hit You
Russian Space Chief Leaving Post, May Be Headed to War Zone
Gone Girl
Rumors Swirl That the Deranged Head of the Russian Space Program Is Getting Fired
Virts Ramp
Former NASA Astronaut Says America Should Cut Russia Loose on the Space Station
More on Off World
Light Me Up
Yesterday on the byte
Wall of Lasers Cuts Across Hawaii's Night Sky
Water Sign
Yesterday on the byte
Scientists Find New Evidence of Hidden Ocean World in Our Solar System
Trashing Orbit
Thursday on the byte
Elon Musk Says SpaceX May Build Starship That Dies on Purpose
READ MORE STORIES ABOUT / Off World
Keep up.
Subscribe to our daily newsletter to keep in touch with the subjects shaping our future.
+Social+Newsletter
TopicsAbout UsContact Us
Copyright ©, Camden Media Inc All Rights Reserved. See our User Agreement, Privacy Policy and Data Use Policy. The material on this site may not be reproduced, distributed, transmitted, cached or otherwise used, except with prior written permission of Futurism. Articles may contain affiliate links which enable us to share in the revenue of any purchases made.
Fonts by Typekit and Monotype.