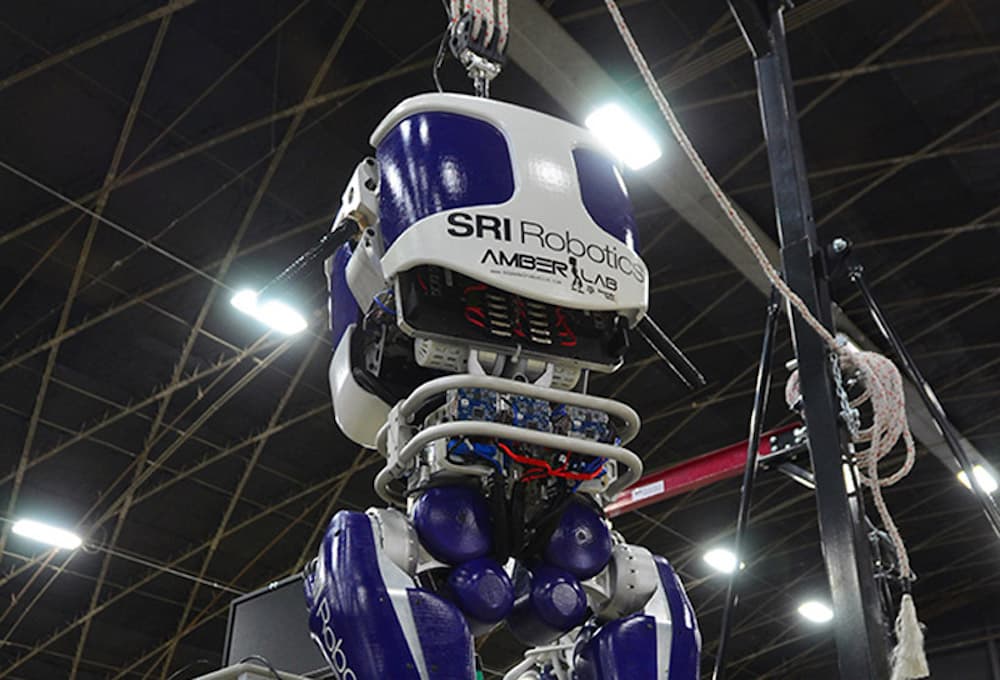 Robots to the Rescue

After the calamitous Fukushima accident, Defense Advanced Research Projects Agency (DARPA) sought to galvanize innovation concerning the design of disaster robots by creating the DARPA Robotics Challenge. The final competition concluded earlier this month and featured 25 teams competing in the spirit of progress in robotics and one day being able to create robots so efficient and dexterous that they can assist in dangerous disaster zones. Several teams, including the second place winner, developed copies of Google’s subsidiary Boston Dynamics’ ATLAS, the popular hydraulic-electric humanoid. Noting the high power requirements of ATLAS and the enormous limitations these energy constraints imposed, DARPA quickly began looking to create a solution. At this point, it’s safe to say that they have succeeded!

SRI plans to develop DURUS into a fully functioning, low cost, and high performance electric humanoid called PROXI. It will maintain a low cost of transport and be able to function for at least eight hours between charges. Since the DARPA funding concluded with the end of the challenge exhibition, SRI is looking towards putting robots on the market in three to five years. Rich Mahoney, SRI robotics program director, says of the coming humanoid’s groundbreaking ability, ”We don’t believe that there’s a platform [that exists right now] that has the kind of components, performance, and dynamic response that PROXI will have.”

This advanced robotics technology will soon be poised to save lives and complete necessary missions in danger zones and may eventually be available to consumers for the price of a small house.  Robots on the market (hopefully and likely) will not look anything like the imagined dramatic sci-fi renditions.

Read This Next
Brands We Love
Robots Are Already Driving and Painting, Now They're Directing Films Too
Futurism
There's Now A Computer Designed Specifically for Programming Intelligent Robots
Futurism
The Military Wants to Make AI That Mimics the Human Brain. Experts Know There’s a Better Way.
Futurism
Bring This Robot to a Disco, and It'll Dance With You
Futurism
Saudi Arabia Made a Robot a Citizen. Now, She's Calling For Women's Rights.
More on Artificial Intelligence
Faking Face
Yesterday on futurism
Twitter Is "Verifying" Accounts With AI-Generated Faces
Zombie Stage
Yesterday on futurism
CNET Sister Site Restarts AI Articles, Immediately Publishes Idiotic Error
Series of Un4Chan...
Yesterday on futurism
Startup Shocked When 4Chan Immediately Abuses Its Voice-Cloning AI
READ MORE STORIES ABOUT / Artificial Intelligence
Keep up.
Subscribe to our daily newsletter to keep in touch with the subjects shaping our future.
+Social+Newsletter
TopicsAbout UsContact Us
Copyright ©, Camden Media Inc All Rights Reserved. See our User Agreement, Privacy Policy and Data Use Policy. The material on this site may not be reproduced, distributed, transmitted, cached or otherwise used, except with prior written permission of Futurism. Articles may contain affiliate links which enable us to share in the revenue of any purchases made.
Fonts by Typekit and Monotype.