India is now officially in the reusable rockets game. 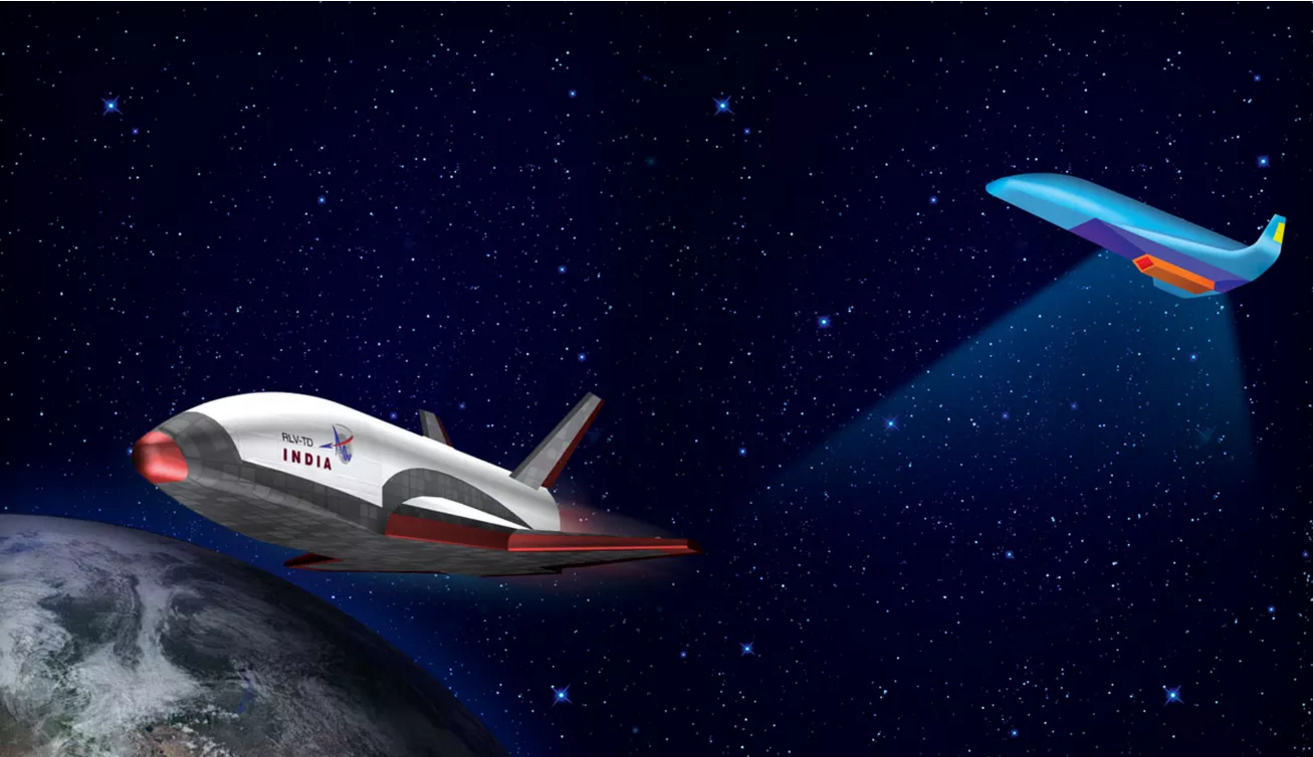 It's all a part of the country's bid to take its place among the "Big Three" spacefaring nations—the United States, Russia, and China.

Launched at 9 AM local time yesterday morning, the prototype shuttle soared 69.2 km (43 mi) into the sky, and then glided to a safe landing in the Bay of Bengal.

The RLV-TD was unmanned, and there won't be any piloted flights in the vehicle anytime soon. The test was strictly a proof-of-concept, a thorough shakedown of the technologies involved in constructing an actual, manned, fully functional reusable space vehicle.

But it underscores that India has serious space ambitions, and that they are determined to join that most exclusive of national clubs—those nations with spacefaring capabilities.

Into Space on a Shoestring Budget

Getting into space is a notoriously expensive business. Just ask Elon Musk. SpaceX, his company, has been enormously successful, but it required huge capital investment and outlay to get off the ground.

The same is true, to an even greater extent, with the national space agencies, which are expected to juggle objectives as diverse as planetary exploration, manned spaceflight, satellite operations, and even space station construction.

Which is why India's approach is so intriguing. The country has managed to achieve some very notable space achievements on what can only be described as a shoestring budget. The current shuttle prototype program, for example, is rumored to cost only $14 million; in 2014, ISRO put a satellite in orbit around Mars for only $72 million, a pittance when it comes to space exploration.

It's part of a smarter, thriftier approach to getting into space—an approach that eschews reinventing the wheel and, instead, leverages the accumulated research and experience of other space agencies, such as NASA and Roscosmos.

ISRO culls through the data published by these other agencies, identifying errors and missteps and building on the pioneering research of other countries to pave its way into space.

Read This Next
Hall Effect
Test Suggests Ion Thrusters Could Power Crewed Interplanetary Missions
Rolling Coal
Space Travel Will Absolutely Gut the Environment, Scientists Warn
So Long
Tragedy! NASA Says the Voyager Space Probes are Powering Down
Lunar Learning
Scientists Grow Living Plants in Moon Soil Captured by Astronauts
Making Mars
NASA's Chief Scientist Quits, Says He Has a Plan to Terraform Mars
More on Off World
Trashing Orbit
Yesterday on the byte
Elon Musk Says SpaceX May Build Starship That Dies on Purpose
Cat and Mouse
Yesterday on the byte
SpaceX to Launch "Hunter" Satellites for Targeting Rival Spacecraft
Space In Space
Yesterday on the byte
NASA Official Admits There's a Bit of an Issue on the Space Station
READ MORE STORIES ABOUT / Off World
Keep up.
Subscribe to our daily newsletter to keep in touch with the subjects shaping our future.
+Social+Newsletter
TopicsAbout UsContact Us
Copyright ©, Camden Media Inc All Rights Reserved. See our User Agreement, Privacy Policy and Data Use Policy. The material on this site may not be reproduced, distributed, transmitted, cached or otherwise used, except with prior written permission of Futurism. Articles may contain affiliate links which enable us to share in the revenue of any purchases made.
Fonts by Typekit and Monotype.