If We Survive Another Billion Years, What Will Life Be Like?

There may be a number of human species. 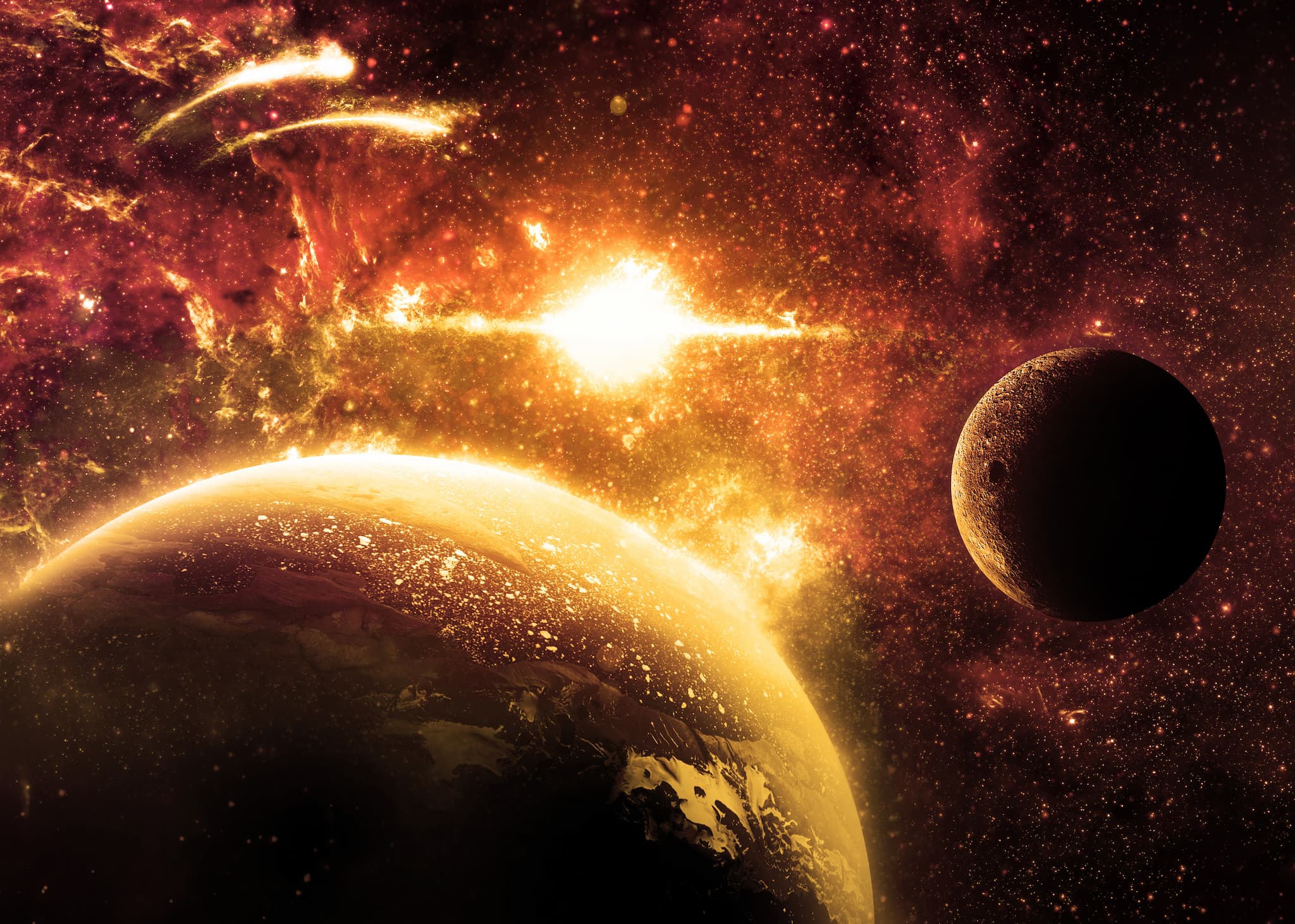 Here's an interesting thought: what if humanity manages to survive one billion years from now? Would we finally be an interplanetary species, conquering Mars and other cosmic objects in our Solar System — or beyond? This is an idea that RealLifeLore explores in the video below.

Of course, there's no way we could really tell what's going to happen a billion years from now. So, all of the events featured in the video are purely evidence-based speculations. They're plausible based on what we currently know, but we could never be sure of these predictions. However, it's worth traveling forward in time, at least visually, to explore.

For one, in this future prediction, it is most likely that there will be a lot of cataclysmic extinction events. In 10,000 AD, a new, perhaps more realistic, version of Y2K could cause the failure of computers and all that depends on them — which, by then, would most likely be literally everything. There is even the possibility that a couple of asteroid collisions and a solar burst that could make life on Earth impossible a few thousand years later.

However, aside from all of these potential threats, there are also really exciting events worth looking forward to. Mars could finally be livable thanks to terraforming by 100,000 AD, and other planets could be colonized as well, some years later — possibly creating a political situation similar to the one in the science fiction show The Expanse. By 2,000,000 AD, with humanity colonizing the Solar System, humankind could evolve into entirely different species — assuming we haven't already, thanks to advances in artificial intelligence leading to the melding of humans and machines.

In any case, if humanity does survive the next billion years, it would probably be because of the ingenuity that humankind is known for. Who knows, it might just be possible.

Read This Next
From Our Partners
Are you prepared in the event of a natural disaster?
Futurism
How Seven Sci-Fi Technologies Are Shaping Our Future
Futurism
These Researchers Want to Prepare Us for the Post-Apocalypse
Futurism
See What Past Generations Thought Today's Cities Would Look Like
Futurism
How Has Science Fiction Changed Over the Decades?
More on Sci-Fi Visions
Human v. Giraffe
Tuesday on the byte
Chaotic Italian Fashion Line Baffles Facial Recognition Software
Step One
Tuesday on the byte
World’s Third Richest Person Says He’s Developed "Addiction" to ChatGPT
FROM THE DEPT. OF...
Tuesday on futurism
The Best Places to Buy A Laptop in 2023
READ MORE STORIES ABOUT / Sci-Fi Visions
Keep up.
Subscribe to our daily newsletter to keep in touch with the subjects shaping our future.
+Social+Newsletter
TopicsAbout UsContact Us
Copyright ©, Camden Media Inc All Rights Reserved. See our User Agreement, Privacy Policy and Data Use Policy. The material on this site may not be reproduced, distributed, transmitted, cached or otherwise used, except with prior written permission of Futurism. Articles may contain affiliate links which enable us to share in the revenue of any purchases made.
Fonts by Typekit and Monotype.