These Researchers Want to Prepare Us for the Post-Apocalypse

Our worst-case scenario is their everyday focus. 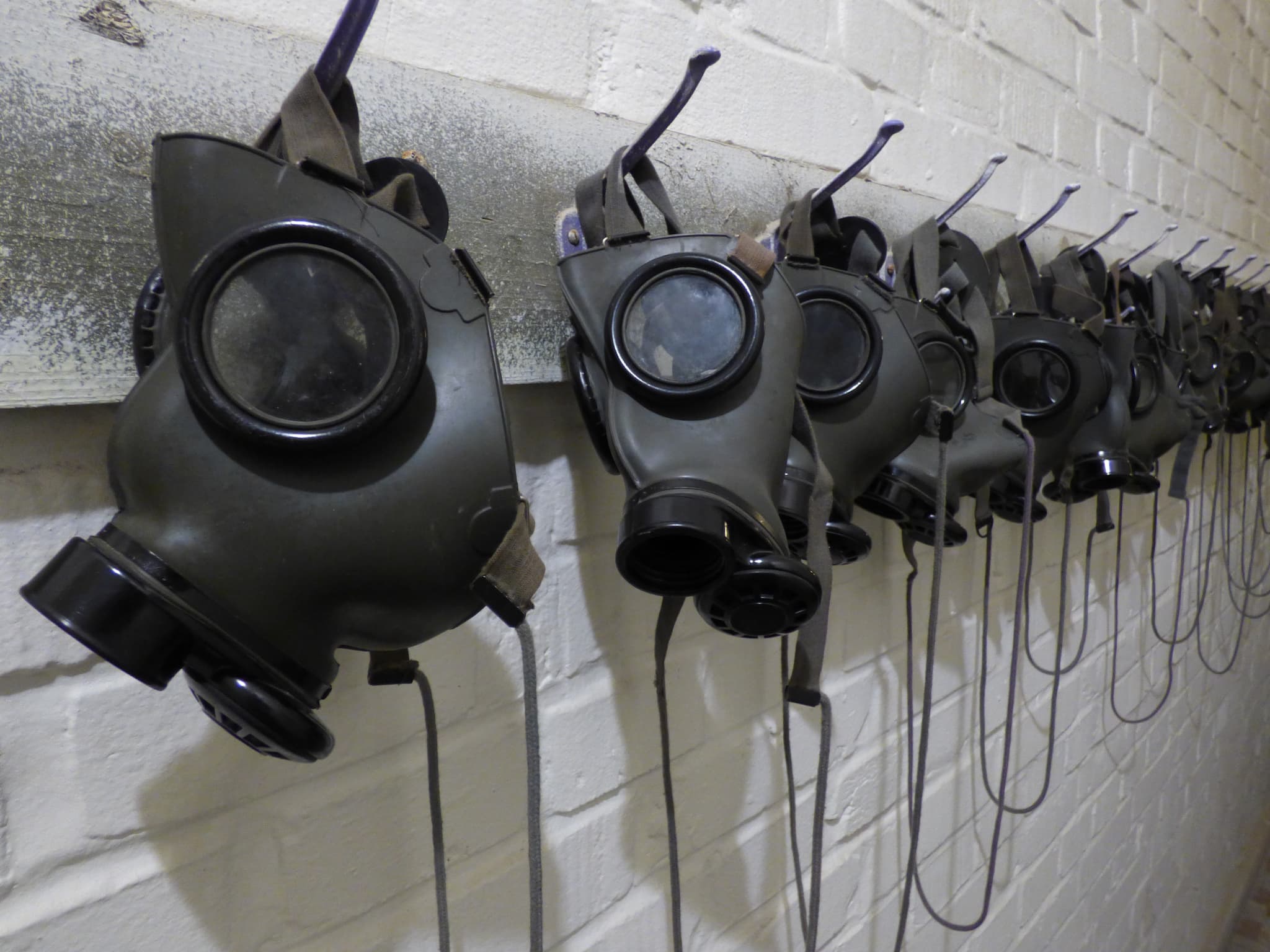 OK, we survived the cataclysm. Now what?

In recent years, warnings by top scientists and industrialists have energized research into the sort of civilization-threatening calamities that are typically the stuff of sci-fi and thriller novels: asteroid impacts, supervolcanoes, nuclear war, pandemics, bioterrorism, even the rise of a super-smart, but malevolent artificial intelligence.

But what comes afterward? What happens to the survivors? In particular, what will they eat? How will they stay warm and find electricity? How will they rebuild and recover?

These “aftermath” issues comprise some of largest points of uncertainty regarding humanity’s gravest threats. And as such they constitute some of the principal research focuses of the Global Catastrophic Risk Institute (GCRI), a nonprofit think tank that Seth Baum and Tony Barrett founded in late 2011. Baum, a New York City-based engineer, and geographer is GCRI’s executive director. Barrett, who serves as its director of research, is a senior risk analyst at ABS Consulting in Washington, DC, which performs probabilistic risk assessment and other services.

At first glance, it may sound like GCRI is making an awful lot of fuss about dramatic worst-case scenarios that are unlikely to pan out anytime soon. “In any given year, there’s only a small chance that one of these disasters will occur,” Baum concedes. But the longer we wait, he notes, the greater the chance that we will experience one of these “Black Swan events” (so called because before a black swan was spotted by an explorer in the seventeenth century, it was taken for granted that these birds did not exist). “We’re trying to instill a sense of urgency in governments and society in general that these risks need to be faced now to keep the world safe,” Baum says.

GCRI’s general mission is to find ways to mobilize the world’s thinkers to identify the really big risks facing the planet, how they might cooperate for optimal effect, and the best approaches to addressing the threats. The institute has no physical base, but it serves as a virtual hub, assembling “the best empirical data and the best expert judgment,” and rolling them into risk models that can help guide our actions, Barrett says. Researchers, brought together through GCRI, often collaborate remotely. Judging the real risks posed by these low-odds, high-consequence events is no simple task; he says: “In most cases, we are dealing with extremely sparse data sets about occurrences that seldom, if ever, happened before.”

Beyond ascertaining which global catastrophes are most likely to occur, GCRI seeks to learn how multiple events might interact. For instance, could a nuclear disaster lead to a change in climate that cuts food supplies while encouraging a pandemic caused by the loss of medical resources? “To best convey these all-too-real risks to various sectors of society, it’s not enough to merely characterize them,” Baum says. Tackling such multi-faceted scenarios requires an interdisciplinary approach that would enable GCRI experts to recognize potential shared mitigation strategies that could enhance the chances of recovery, he adds.

One of the more notable GCRI projects focuses on the aftermath of calamity. This analysis was conducted by research associate Dave Denkenberger, who is an energy efficiency engineer at Ecova, an energy and utility management firm in Durango, Colorado. Together with engineer Joshua M. Pearce, of Michigan Technological University in Houghton, he looked at a key issue: If one of these catastrophes does occur, how do we feed the survivors?

Worldwide, people currently eat about 1.5 billion tons of food a year. For a book published in 2014, Feeding Everyone No Matter What: Managing Food Security After Global Catastrophe, the pair researched alternative food sources that could be ramped up within five or fewer years following a disaster that involves a significant change in climate. In particular, the discussion looks at what could be done to feed the world should the climate suffer from an abrupt, single-decade drop in temperature of about 10°C that wipes out crops regionally, reducing food supplies by 10 per cent. This phenomenon has already occurred many times in the past.

Even more serious are scenarios that block the sun, which could cause a 10°C temperature drop globally in only a single year or so. Such a situation could arise should smoke enter the stratosphere from a nuclear winter resulting from an atomic exchange that burns big cities, an asteroid or comet impact, or a supervolcano eruption such as what may one day occur at Yellowstone National Park.

These risks need to be faced now to keep the world safe. – Seth Baum

Other similar, though probably less likely, scenarios, Denkenberger says, might derive from the spread of some crop-killing organism—a highly invasive superweed, a superbacterium that displaces beneficial bacteria, a virulent pathogenic bacterium, or a super pest (an insect). Any of these might happen naturally, but they could be even more serious should they result from a coordinated terrorist attack.

“Our approach is to look across disciplines to consider every food source that’s not dependent on the sun,” Denkenberger explains. The book considers various ways of converting vegetation and fossil fuels to edible food. The simplest potential solution may be to grow mushrooms on the dead trees, “but you could do much the same by using enzymes or bacteria to partially digest the dead plant fiber and then feed it to animals,” he adds. Ruminants including cows, sheep, goats, or more likely, faster-reproducing animals like rats, chickens or beetles could do the honors.

A more exotic solution would be to use bacteria to digest natural gas into sugars, and then eat the bacteria. In fact, a Danish company called Unibio is making animal feed from commercially stranded methane now.

Meanwhile, the U.S. Department of Homeland Security is funding another GCRI project that assesses the risks posed by the arrival of new technologies in synthetic biology or advanced robotics which might be co-opted by terrorists or criminals for use as weapons. “We’re trying to produce forecasts that estimate when these technologies might become available to potential bad actors,” Barrett says.

Focusing on such worst-case scenarios could easily dampen the spirits of GCRI’s researchers. But far from fretting, Baum says that he came to the world of existential risk (or ‘x-risk’) from his interest in the ethics of utilitarianism, which emphasizes actions aimed at maximizing total benefit to people and other sentient beings while minimizing suffering. As an engineering grad student, Baum even had a blog on utilitarianism. “Other people on the blog pointed out how the ethical views I was promoting implied a focus on the big risks,” he recalls. “This logic checked out and I have been involved with x-risks ever since.”

Read This Next
From Our Partners
Are you prepared in the event of a natural disaster?
Futurism
Colonize or Become Extinct: Is There Any Real Rationale for Colonizing Another World?
Futurism
If We Survive Another Billion Years, What Will Life Be Like?
More on Sci-Fi Visions
What is Happening
Feb 1 on the byte
Elon Musk Sets His Twitter Account to Private
From the Dept. of...
Jan 30 on futurism
The Best Humidifiers of 2023
Human v. Giraffe
Jan 24 on the byte
Chaotic Italian Fashion Line Baffles Facial Recognition Software
READ MORE STORIES ABOUT / Sci-Fi Visions
Keep up.
Subscribe to our daily newsletter to keep in touch with the subjects shaping our future.
+Social+Newsletter
TopicsAbout UsContact Us
Copyright ©, Camden Media Inc All Rights Reserved. See our User Agreement, Privacy Policy and Data Use Policy. The material on this site may not be reproduced, distributed, transmitted, cached or otherwise used, except with prior written permission of Futurism. Articles may contain affiliate links which enable us to share in the revenue of any purchases made.
Fonts by Typekit and Monotype.