Hyperloop: How Super-Fast Transport Will Literally Reshape Our World

Is the cost of community a worthy price to pay? 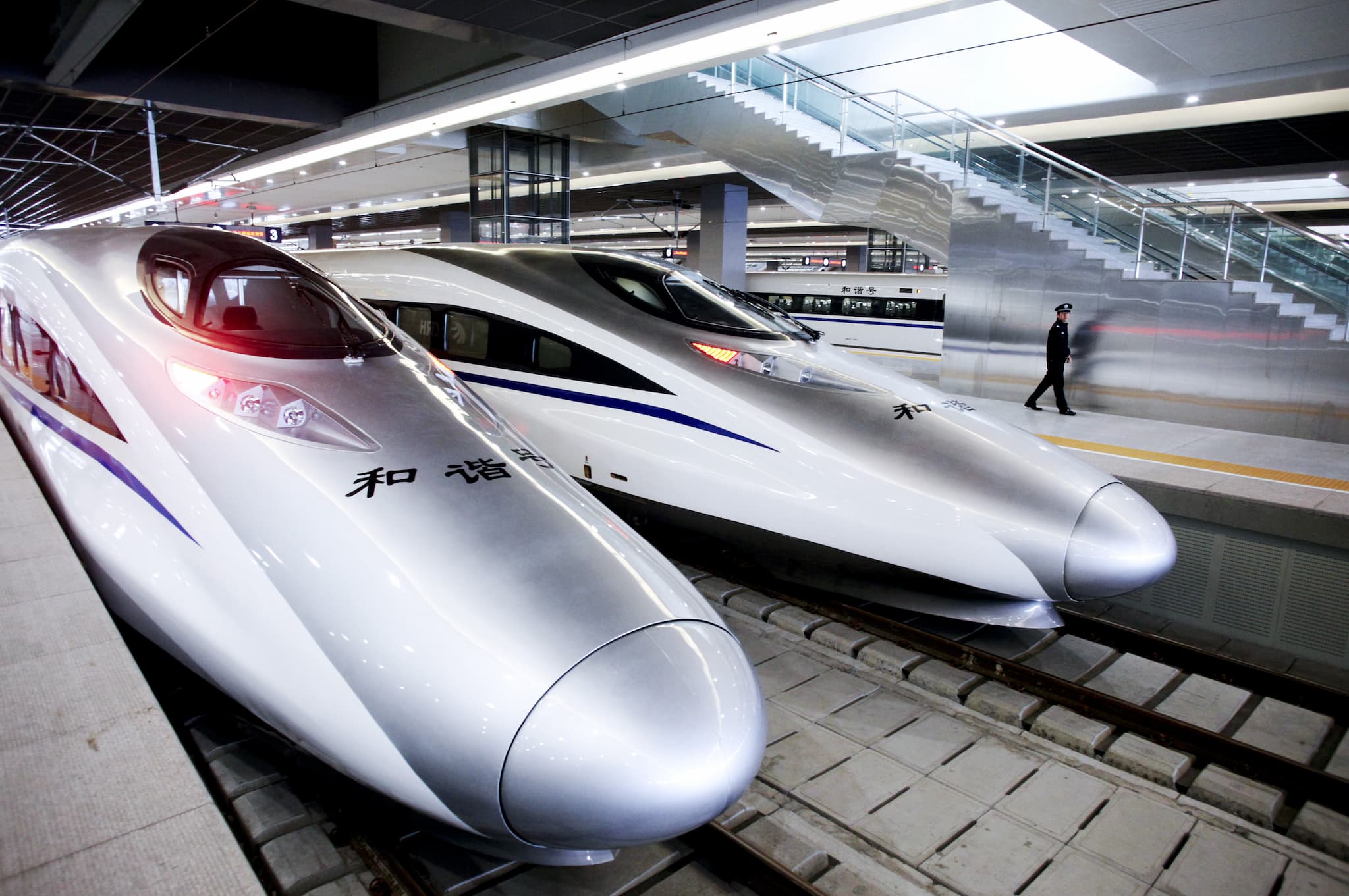 Rail networks have been important societal projects ever since the inception of the steam engine in the 18th century. They are one of the technologies central to connecting the world.

Of course, they have their own brand of problems that come with them. And the new high speed trains are no different. A photographer in China has launched a project that seeks to visualize the impact the Chinese high speed rail system has had in villages all over the country.

The Chinese high speed rail system is an ambitious project that started back in 2007. A project that has been connected to national pride, it now exceeds 20,000 km in length, and has no plans of stopping. However, that ambition has an impact on the villages the rail network runs through. That's why photographer Dustin Shum started a photography project called Speed Demon, where he takes photos of the rail construction and its impact in communities.

"Many of these giant railway structures intrude into existing quiet communities without any consultations or announcements to the people living there," he notes in a blog post. He also mentions the impacts of demolitions, resettlements, and relocations in these communities.

If these issues pervade even in the high-technology world of high-speed rail, what of other transport techs?

Hyperloop stands as an ambitious revolutionary transport system that promises to make transport even faster. Cities in Europe, America, and the Middle East have expressed interest in adopting their own Hyperloop tracks, and study groups are at work making the concept a reality.

But as with any technology, it could have its pitfalls. Some doubt whether it could actually deliver on the hype, and not be mired in the issues plaguing high speed rails or MagLev trains. There are also issues in human safety inside one of these Hyperloop pods.

In the end, Hyperloop and other revolutionary infrastructure upgrade concepts have their pros and cons, and we will have to see them in action before we pass any final judgement.

Sure, it will be great to zip around between destinations in a fraction of the time it currently takes, but at what cost? We must seriously consider if the immediate disruption of established communities is worth the long term benefits. Also the opposite, can a fast paced world keep up without making some difficult decisions?

Read This Next
Futurism
Trump Asks For "Border Wall" Designs. Engineers Create Hilarious (And Useful) Alternative
Futurism
The Dubai Hyperloop: Superfast Transport Surges Closer to Reality
Futurism
Dubai's Designing A Hyperloop That Could Travel 65 Miles in Ten Minutes
More on Future Society
Rough
Monday on futurism
Elon Musk's Twitter Is Reportedly Failing Miserably to Contain Horrific Child Abuse Content
YouTube Propaganda
Monday on the byte
Experts Say There's Something Very Weird About North Korean YouTubers
Bird Crap
Feb 4 on the byte
It Looks Like Elon Musk Is Actually Building a Twitter Payment Platform
READ MORE STORIES ABOUT / Future Society
Keep up.
Subscribe to our daily newsletter to keep in touch with the subjects shaping our future.
+Social+Newsletter
TopicsAbout UsContact Us
Copyright ©, Camden Media Inc All Rights Reserved. See our User Agreement, Privacy Policy and Data Use Policy. The material on this site may not be reproduced, distributed, transmitted, cached or otherwise used, except with prior written permission of Futurism. Articles may contain affiliate links which enable us to share in the revenue of any purchases made.
Fonts by Typekit and Monotype.