Our impact on the environment might extend into near-space. 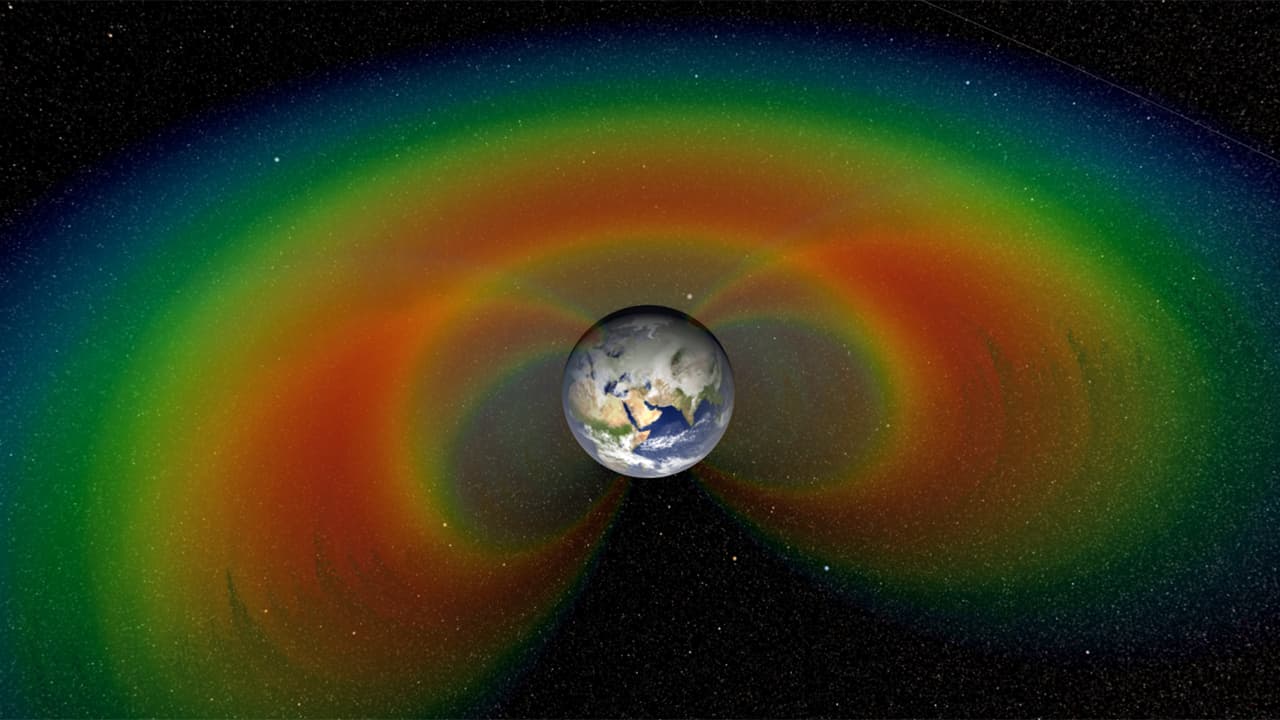 Human beings have known for quite some time that our behavior has a significant influence on our planet. In fact, during the 20th century, humanity’s impact on the natural environment and climate has become so profound that some geologists began to refer to the modern era as the “Anthropocene”. In this age, human agency is the most deterministic force on the planet.

But according to a comprehensive new study by an Anglo-American team of researchers, human beings might be shaping the near-space environment as well. According to the study, radio communications, EM radiation from nuclear testing and other human actions have led to the creation of a barrier around Earth that is shielding it against high-energy space radiation.

The study, which was published in the journal Space Science Reviews under the title “Anthropogenic Space Weather“, was conducted by a team of scientists from the US and Imperial College, London. Led by Dr. Tamas Gombosi, a professor at the University of Michigan and the director at the Center for Space Modelling, the team reviewed the impact anthropogenic processes have on Earth’s near-space environment.

These processes include VLF and radio-frequency (RF) radio communications, which began in earnest during the 19th century and grew considerably during the 20th century. Things became more intense during the 1960s when the United States and the Soviet Union began conducting high-altitude nuclear tests, which resulted in massive electromagnetic pulses (EMP) in Earth’s atmosphere.

To top it off, the creation of large-scale power grids has also had an impact on the near-space environment. As they state in their study:

“The permanent existence, and growth, of power grids and of VLF transmitters around the globe means that it is unlikely that Earth’s present-day space environment is entirely “natural” – that is, that the environment today is the environment that existed at the onset of the 19th century. This can be concluded even though there continue to exist major uncertainties as to the nature of the physical processes that operate under the influence of both the natural environment and the anthropogenically-produced waves.”

The existence of radiation belts (or “toroids”) around Earth has been a well-known fact since the late 1950s. These belts were found to be the result of charged particles coming from the Sun (i.e. “solar wind”) that were captured by and held around Earth by it’s magnetic field. They were named Van Allen Radiation Belts after their discover, the American space scientist James Van Allen.

The twin Radiation Belt Storm Probes, later renamed the Van Allen Probes. Credit: NASA/JHUAPLThe extent of these belts, their energy distribution and particle makeup has been the subject of multiple space missions since then. Similarly, studies began to be mounted around the same time to discover how human-generated charged particles, which would interact with Earth’s magnetic fields once they reached near-space, could contribute to artificial radiation belts.

However, it has been with the deployment of orbital missions like the Van Allen Probes (formerly the Radiation Belt Storm Probes) that scientists have been truly able to study these belts. In addition to the aforementioned Van Allen Belts, they have also taken note of the VLF bubble that radio transmissions have surrounded Earth with. As Phil Erickson, the assistant director at the MIT Haystack Observatory, said in a NASA press release:

“A number of experiments and observations have figured out that, under the right conditions, radio communications signals in the VLF frequency range can in fact affect the properties of the high-energy radiation environment around the Earth.”

One thing that the probes have noticed was the interesting way that the outward extent of the VLF bubble corresponds almost exactly to the inner and outer Van Allen radiation belts. What’s more, comparisons between the modern extent of the radiations belts from the Van Allen Probe data shows that the inner boundary is much farther away than it appeared to be during the 1960s (when VLF transmissions were lower).

What this could mean is that the VLF bubble we humans have been creating for over a century and half has been removing excess radiation from the near-Earth environment. This could be good news for us, since the effects of charged particles on electronics and human health is well-documented. And during periods of intense space weather – aka. solar flares – the effects can be downright devastating.

Given the opportunity for further study, we may find ways to predictably and reliably use VLF transmissions to make the near-Earth environment more human and electronics-friendly. And with companies like SpaceX planning on bringing internet access to the world through broadband internet-providing satellites, and even larger plans for the commercialization of Near-Earth Orbit, anything that can mitigate the risk posed by radiation is welcome.

Read This Next
Futurism
New Backscattered Radio Signal Transmits Data 2.8 Kilometers with Minimal Power
Futurism
New Mini-Antennae Could Pave the Way for Brain-Computer Interfaces
Futurism
Chinese AI Surpasses Human in IQ Test
More on Hard Science
Tractor Beam
Jan 26 on the byte
Scientists Build Working Tractor Beam, Although It's Comically Tiny
Having a Blast
Jan 18 on the byte
New Study Shows Where You Should Hide to Survive a Nuclear Attack
Offworld Amino
Jan 15 on the byte
Scientists Find Building Blocks of Life in Meteor That Smashed Into Family's Driveway
READ MORE STORIES ABOUT / Hard Science
Keep up.
Subscribe to our daily newsletter to keep in touch with the subjects shaping our future.
+Social+Newsletter
TopicsAbout UsContact Us
Copyright ©, Camden Media Inc All Rights Reserved. See our User Agreement, Privacy Policy and Data Use Policy. The material on this site may not be reproduced, distributed, transmitted, cached or otherwise used, except with prior written permission of Futurism. Articles may contain affiliate links which enable us to share in the revenue of any purchases made.
Fonts by Typekit and Monotype.