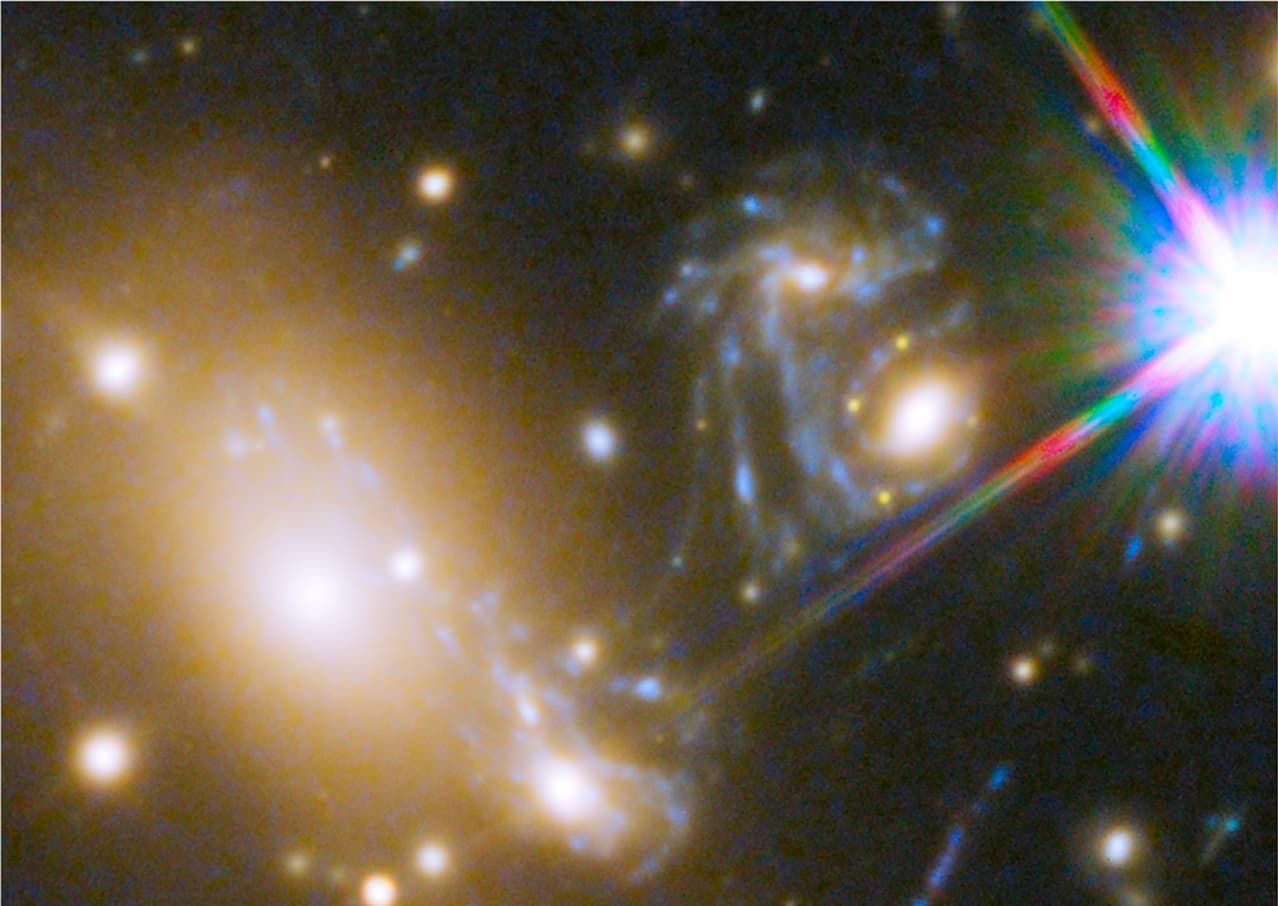 Earlier this week, the Hubble Space Telescope captured an image of the first-ever predicted supernova explosion.

Supernovae are the most powerful and energetic events in the known universe. They occur when supermassive stars become unstable and, as a result, under go a catastrophic explosion that ejects most of the star's mass—shooting it out into space as near light speed.

This supernova has been dubbed "Refsdal," and it was previously seen back in November of 2014 behind the galaxy cluster MACS J1149.5+2223 by  part of Hubble's Frontier Fields program. At that time, we reported that astronomers spotted four separate images of the supernova in a rare arrangement known as an Einstein Cross.

This discovery was made on accident, when a team from the University of California, Berkeley was scouring the universe in search of previously-unknown galaxies. However, we saw this supernova viewing coming.

"While studying the supernova, we realized that the galaxy in which it exploded is already known to be a galaxy that is being lensed by the cluster,” explains Steve Rodney, co-author, from the University of South Carolina in the press release. “The supernova's host galaxy appears to us in at least three distinct images caused by the warping mass of the galaxy cluster.”

Ultimately, the multiple sightings provided a rare opportunity for astronomers. Since matter is not distributed evenly, the light from the galaxy travels different paths and appears at different times.

By using this lensed galaxy within the cluster alongside the discovery of the Einstein Cross event in 2014, astronomers were able to predict when the supernova would reappear.

“We used seven different models of the cluster to calculate when and where the supernova was going to appear in the future. It was a huge effort from the community to gather the necessary input data using Hubble, VLT-MUSE, and Keck and to construct the lens models,” Tommaso Treu, lead author of the modelling comparison paper, from the University of California at Los Angeles, added. “And remarkably all seven models predicted approximately the same time frame for when the new image of the exploding star would appear”.

The prediction is doubly notable, as Refsdal's second appearance allows astronomers to test their models of how mass, especially where it concerns dark matter, is distributed within the galaxy cluster.