It's all about the amplitude. 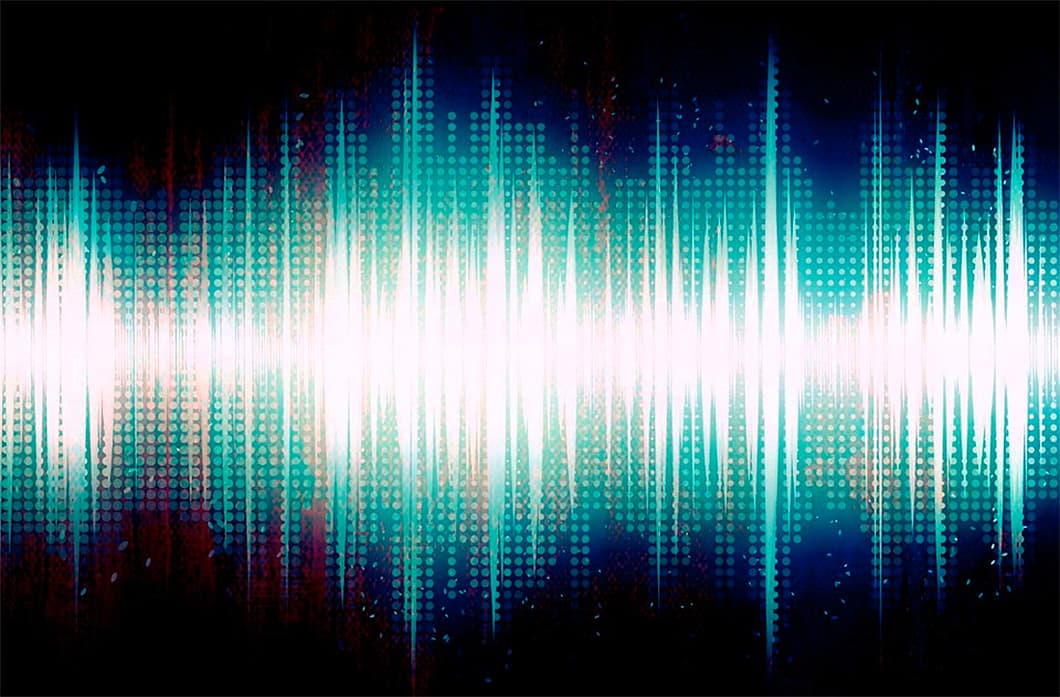 When it comes down to it, humans are really rather fragile creatures. We don't have fur to protect us from the Sun's radiation or claws to protect us from predators. Our skin is, unfortunately, rather delicate and our eyes are easily rendered useless by a bright light or a harsh glare (and of course, darkness). Even something as seemingly innocuous as sound can cause us pain.

In truth, all of us have likely experienced a sound that is a tad too loud at one point or another, but what is it that actually triggers this pain?

In order to understand this, you need to understand a little something about how sound works. To begin, sound waves are "mechanical waves." This is the term that is given to any wave that propagates through a material (be it a solid, liquid, or gas). In other words, the sounds that we hear are vibrations traveling through particles in the air (or sometimes the water, if we happen to swimming).

When sound is produced, it is because something is vibrating (like a vocal cord), and this something hits the air next to it. This air then bumps into the air next to it, causing it to vibrate. And the process continues over and over and over, ultimately causing all the other air particles to bump together in a particular way, and—Presto!—you have sound.

Once these vibrations reach us, our eardrums take over.

Something in the Air

Our ears are able to detect the changes in air-pressure that are created by the vibrating air. When this happens, the eardrum moves back and forth, vibrating itself.  In this respect, hearing is based entirely on physical movement, unlike some of the other senses (for example, taste which is based on a chemical reaction). From there, other parts of the ear (the cochlea) take the physical vibration caused by the sound wave and translate it into electrical information that the brain is able to interpret as distinct sounds.

For the purposes of this discussion, all we really need to remember is that sound is vibrations (for more on how hearing works, see this link).

Now then, notably, sound waves can be measured in both frequency and amplitude. Frequency is measured in Hertz, and determines how many vibrations occur in a second. Amplitude measures how forceful the wave is, and it used decibels.

In relation to pain, we really look at the amplitude. If the amplitude is enough (if the vibrations are intense enough i.e., if a sound is loud enough), it can cause our eardrums to rupture, windows to shatter, and a host of other not-so-fun things.

Check out this interactive, educational infographic that looks at the decibel levels of different noises - from the sounds of rustling leaves to a TNT bomb. So take a moment to hear what sound can do to you.

Read This Next
Rewrite The Textbooks
Sound May Be Carried by Tiny Particles With Negative Gravity
Futurism
Sound-Based Tech Lets Us Sorts Cells Without Altering Them
More on Hard Science
Warped Tour
Feb 2 on futurism
Professor Believes Door to Warp Drive May Lie With Ethylene Glycol
Sky Bursts
Feb 2 on the byte
Astronomers Intrigued by 25 Mysterious Repeating Radio Signals From Deep Space
Tractor Beam
Jan 26 on the byte
Scientists Build Working Tractor Beam, Although It's Comically Tiny
READ MORE STORIES ABOUT / Hard Science
Keep up.
Subscribe to our daily newsletter to keep in touch with the subjects shaping our future.
+Social+Newsletter
TopicsAbout UsContact Us
Copyright ©, Camden Media Inc All Rights Reserved. See our User Agreement, Privacy Policy and Data Use Policy. The material on this site may not be reproduced, distributed, transmitted, cached or otherwise used, except with prior written permission of Futurism. Articles may contain affiliate links which enable us to share in the revenue of any purchases made.
Fonts by Typekit and Monotype.