How Do We Regulate Research That Could Be Used for Evil?

Scientists have a responsibility to stay on the right side of the ethical line at all times. 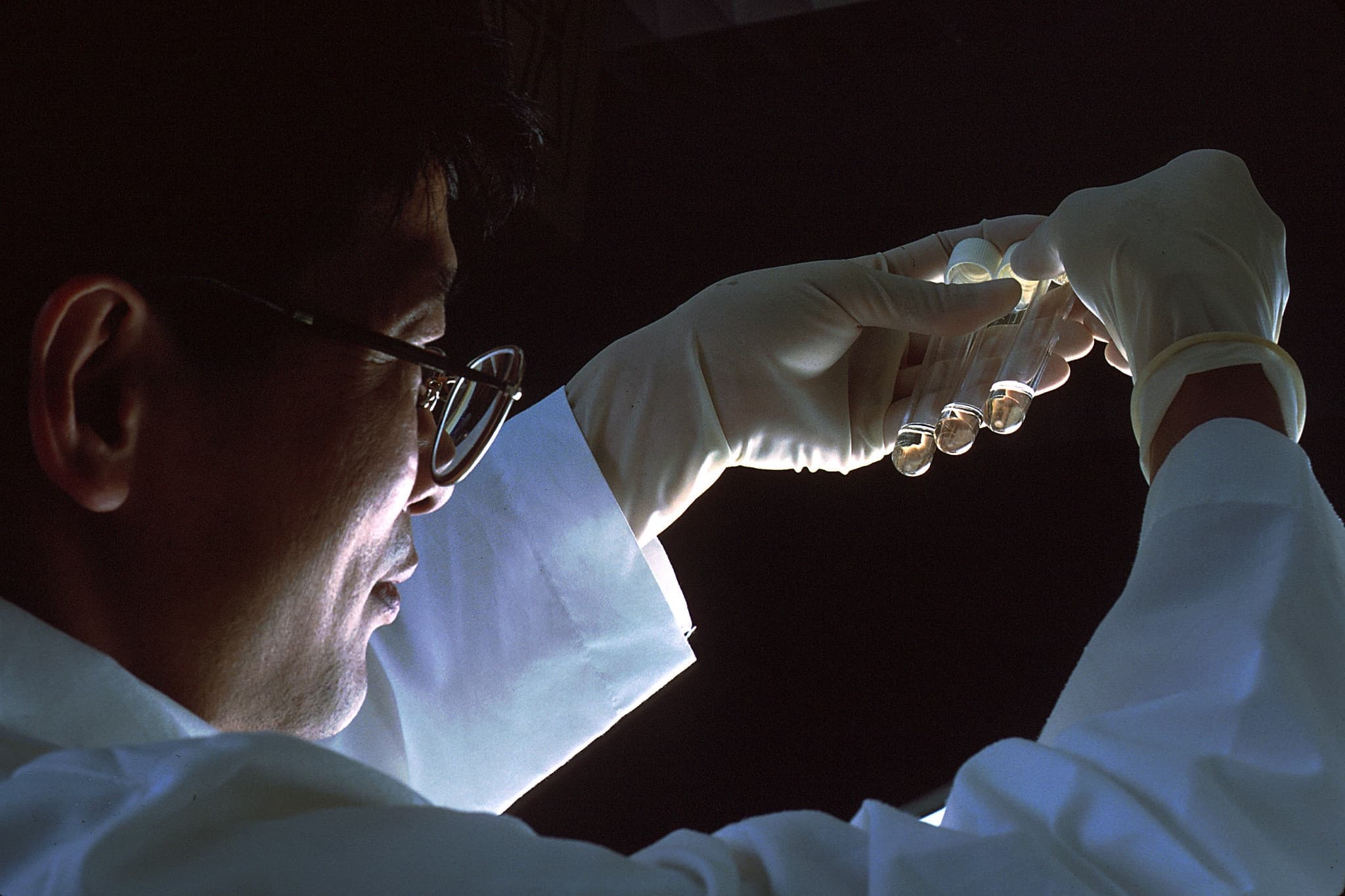 Scientific research can change our lives for the better, but it also presents risks – either through deliberate misuse or accident. Think about studying deadly pathogens; that’s how we can learn how to successfully ward them off, but it can be a safety issue too, as when CDC workers were exposed to anthrax in 2014 after an incomplete laboratory procedure left spores of the bacterium alive.

For the last decade, scholars, scientists, and government officials have worked to figure out regulations that would maximize the benefits of the life sciences while avoiding unnecessary risks. “Dual-use research” that has the capacity to be used to help or harm humanity is a big part of that debate. As a reflection of how pressing this question is, on Jan. 4, the U.S. National Academies for Science, Engineering, and Medicine met to discuss how or if sensitive information arising in the life sciences should be controlled to prevent its misuse.

For the new Trump administration, one major challenge will be how to maintain national security in the face of technological change. Part of that discussion hinges on understanding the concept of dual use. There are three different dichotomies that could be at play when officials, scholars, and scientists refer to dual use – and each uniquely influences the discussion around discovery and control.

For War or For Peace

The first meaning of dual use describes technologies that can have both military and civilian uses. For example, technologies useful in industry or agriculture can also be used to create chemical weapons. In civilian life, a chemical called thiodiglycol is a common solvent, occasionally used in cosmetics and microscopy. Yet the same chemical is used in the creation of mustard gas, which decimated infantry in World War I.

This distinction is one of the clearest to be made about a particular technology or breakthrough. Often when governments recognize something has both civilian and military uses, they’ll attempt to control how, and with whom, the technology is shared. For instance, the Australia Group is a collection of 42 nations that together agree to control the export of certain materials to countries which might use them to create chemical weapons.

Technologies can also be dual use because there are benefits that were secondary to their development. An obvious example is the internet: The packet switching that underlies the internet was originally created as a means to communicate between military installations in the event of nuclear war. It has since been released into the civilian domain, allowing you to read this article.

This distinction between military and civilian uses doesn’t always mirror a distinction between good and bad uses. Some military uses, such as those that underpinned the internet, are good. And some civilian uses can be bad: Recent controversies over the militarization of police through the spread of technologies and tactics meant for war into the civilian sphere demonstrate how proliferation in the other direction can be controversial.

Dual use in this sense is about control. Both military and civilian uses could be valuable, as long as a country can maintain authority over its technologies. Because both uses can be valuable, dual use can also be used to justify expenditures, by providing incentives to governments to invest in technology that has multiple applications.

For Good or For Evil

In the January meeting at the NAS, however, the key distinction was between beneficent and malevolent uses. Today this is the most common way to think about dual-use science and technology.

Dual use, in this sense, is a distinctly ethical concept. It is, at its core, about what kinds of uses are considered legitimate or valuable, and what kinds are destructive. For example, some research on viruses allows us to better understand potential pandemic-causing pathogens. The work potentially opens the door to possible countermeasures and helps public health officials in terms of preparedness. There is, however, the risk that the same research could, through an act of terror or a lab accident, cause harm.

As of 2007, the U.S. National Science Advisory Board for Biosecurity provides advice on regulating “dual-use research of concern.” This is any life sciences research that could be misapplied to pose a threat to public health and safety, agricultural crops, and other plants, animals, the environment or materiel.

The challenging ethical question is finding an acceptable trade-off between the benefits created by legitimate uses of dual-use research and the potential harms of misuse.

The recent NAS meeting discussed the spread of dual-use research’s findings and methods, and who, if anyone, should be responsible for controlling its dispersal. Options that were considered included:

Participants reached no firm conclusions, and it will be an ongoing challenge for the Trump administration to tackle these continuing issues.

The other side of the equation, whether we should do some dual-use research in the first place, has also been considered. On Jan. 9, the outgoing Obama administration released its final guidance for “gain-of-function research” that may result in the creation of novel, virulent strains of infectious diseases – which may also be dual use. They recommended, among other things, that in order to proceed, the experiments at issue must be the only way to answer a particular scientific question, and must produce greater benefits than they do risks. The devil, of course, is in the details, and each government agency that conducts life sciences research will have decided how best to implement the guidance.

For Offense or for Defense

There’s a third, little-discussed meaning of “dual use” that distinguishes between offensive and defensive uses of biotechnology. A classic example of this kind of dual use is “Project Clear Vision.” From 1997 to 2000, American researchers set out to recreate Soviet bomblets used to disperse biological weapons. This kind of research treads the delicate area between a defensive project – the U.S. maintains Project Clear Vision’s goal was to protect Americans against an attack – and an offensive project that might violate the Biological Weapons Convention.

What is offensive and what is defensive is to some degree in the eye of the beholder. The Kalashnikov submachine gun was designed in 1947 to defend Russia, but has since become the weapon of choice in conflicts the world over – to the point that its creator expressed regret for his invention. Regardless of intent, the question of how the weapon is used in these conflicts, offensively or defensively, will vary depending on which end of the barrel one is on.

When scientists and policy experts wrangle over how to deal with dual-use technologies, they tend to focus on the division between applications for good or evil. This is important: We don’t necessarily want to hinder science without a valid reason because it provides substantial benefits to human health and welfare.

However, there are fears that the lens of dual use could stifle progress by driving scientists away from potentially controversial research: Proponents of gain of function have argued that graduate students or postdoctoral fellows could choose other research areas in order to avoid the policy debate. To date, however, the total number of American studies put on hold – as a result of safety concerns, much less dual-use concerns – was initially 18, with all of these being permitted to resume with the implementation of the policies set out on Jan. 9 by the White House. As a proportion of scientific research, this is vanishingly small.

Arguably, in a society that views science as an essential part of national security, dual-use research is almost certain to appear. This is definitely the case in the U.S., where the work of neuroscientists, increasingly, is funded by the national military, or the economic competitiveness that emerges from biotech is considered a national security priority.

Making decisions about the security implications of science and technology can be complicated. That’s why scientists and policymakers need clarity on the dual-use distinction to help consider our options.

Read This Next
Futurism
China Now Publishes More Research Than the U.S. — a Shift in Global Influence?
More on Hard Science
Warped Tour
Feb 2 on futurism
Professor Believes Door to Warp Drive May Lie With Ethylene Glycol
Sky Bursts
Feb 2 on the byte
Astronomers Intrigued by 25 Mysterious Repeating Radio Signals From Deep Space
Tractor Beam
Jan 26 on the byte
Scientists Build Working Tractor Beam, Although It's Comically Tiny
READ MORE STORIES ABOUT / Hard Science
Keep up.
Subscribe to our daily newsletter to keep in touch with the subjects shaping our future.
+Social+Newsletter
TopicsAbout UsContact Us
Copyright ©, Camden Media Inc All Rights Reserved. See our User Agreement, Privacy Policy and Data Use Policy. The material on this site may not be reproduced, distributed, transmitted, cached or otherwise used, except with prior written permission of Futurism. Articles may contain affiliate links which enable us to share in the revenue of any purchases made.
Fonts by Typekit and Monotype.