Rich People are Protecting Their Homes With Surveillance Drones

The buzz of an autonomous drone is the new barking dog. 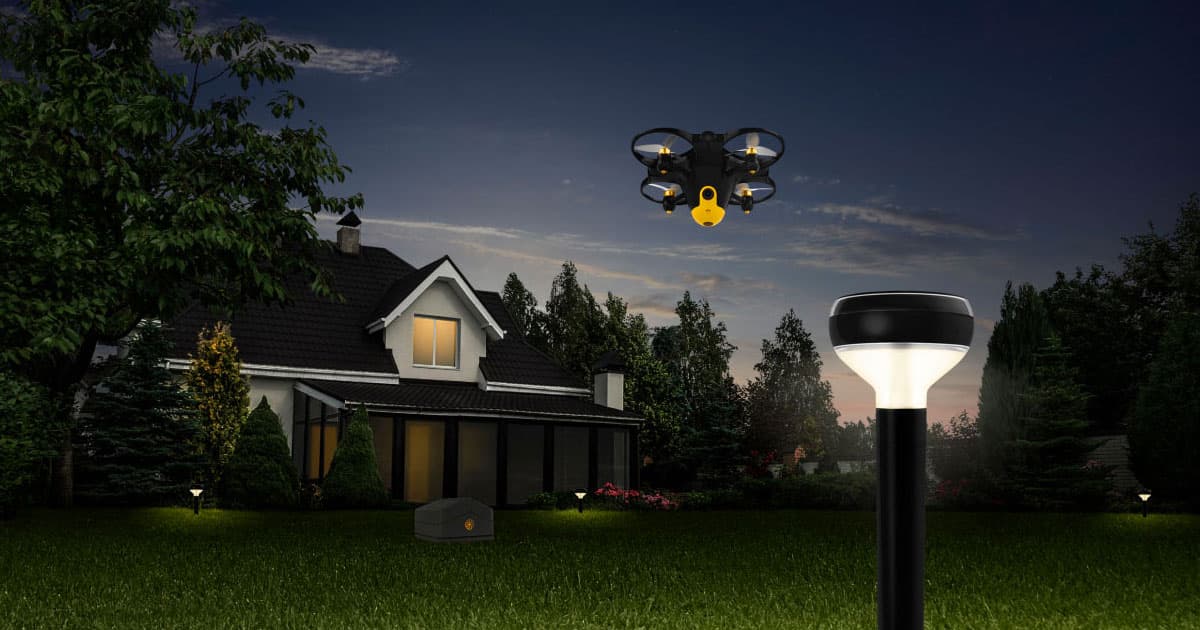 The bougie homes of the future may find themselves guarded by high-tech, defensive Sunflowers and Bees.

Those are the brand names of security firm Sunflower Labs' two flagship products: Sunflower sensors that detect the vibrations caused by nearby intruders' footsteps, and buzzing quadrotor Bee drones that autonomously capture the intruder on video, according to The Verge.

Sunflower Labs is about to roll out a subscription service for its two-pronged security robot service, charging residents of wealthy California suburbs hundreds of dollars a month for the autonomous security, CEO Alex Pachikov told The Verge.

And maybe, if that business model helps subsidize costs, future versions might be cheap enough for the rest of us. But for now, Sunflower Labs will cater to the rich.

Under the legal regulations for drone flight put in place by the Federal Aviation Administration, drone operators cannot fly over unwitting or unwilling people, especially if that drone is carrying a security camera. That means that Sunflower Labs is actually obligated to market towards people who own their own lawns, making it a natural fit for well-off suburbia over other types of communities.

At this point, after seemingly countless scandals involving smart home speakers listening when they shouldn't have been, or internet of things devices being hacked, or private data being leaked, there appears to be a clear inverse relationship between the ubiquity of smart technology and personal privacy.

Case in point, The Verge reported that Sunflower Labs' Bee drones send their video footage to a cloud-based storage system so that third-party security companies like ADT can assist the homeowners. Do you really want footage of your crib on the cloud?

Unlike some tech companies, however, Sunflower Labs doesn't seem keen on selling user data, so there's a good chance it will handle personal information responsibly. But just like the outrage after the revelation that iRobot's vacuum Roombas could map people's homes, these wealthy Californians should keep an eye on exactly what information they're giving away all the same.

More on security: The Makers of Roomba Want to Share Maps of Users’ Homes With Smart Tech Companies

Read This Next
FROM THE DEPT. OF THINGS TO BUY
The Best Netflix VPNs of 2022
FROM THE DEPT. OF THINGS TO BUY
The Best Drones Under $100 in 2022
From the Dept. of Buying Things
The Best Cheap Drones in 2022
FROM THE SHAMELESS COMMERCE DIVISION!
The Best Drones for Kids in 2022
FROM THE DEPT. OF THINGS TO BUY
The Best Drones of 2022
More on Robots & Machines
Egg Drop
Yesterday on the byte
Former NASA Guy Drops Egg Out of Space, Tries to Keep It From Breaking
No Ethics
Wednesday on the byte
San Francisco Cops Now Allowed to Use Robots to Kill People
FROM THE DEPT. OF...
Monday on futurism
The Best Over-Ear Headphones of 2022
READ MORE STORIES ABOUT / Robots & Machines
Keep up.
Subscribe to our daily newsletter to keep in touch with the subjects shaping our future.
+Social+Newsletter
TopicsAbout UsContact Us
Copyright ©, Camden Media Inc All Rights Reserved. See our User Agreement, Privacy Policy and Data Use Policy. The material on this site may not be reproduced, distributed, transmitted, cached or otherwise used, except with prior written permission of Futurism. Articles may contain affiliate links which enable us to share in the revenue of any purchases made.
Fonts by Typekit and Monotype.