The SpaceX CEO is expected to discuss the company's plans to use its Interplanetary Transport System to take humans to Mars. 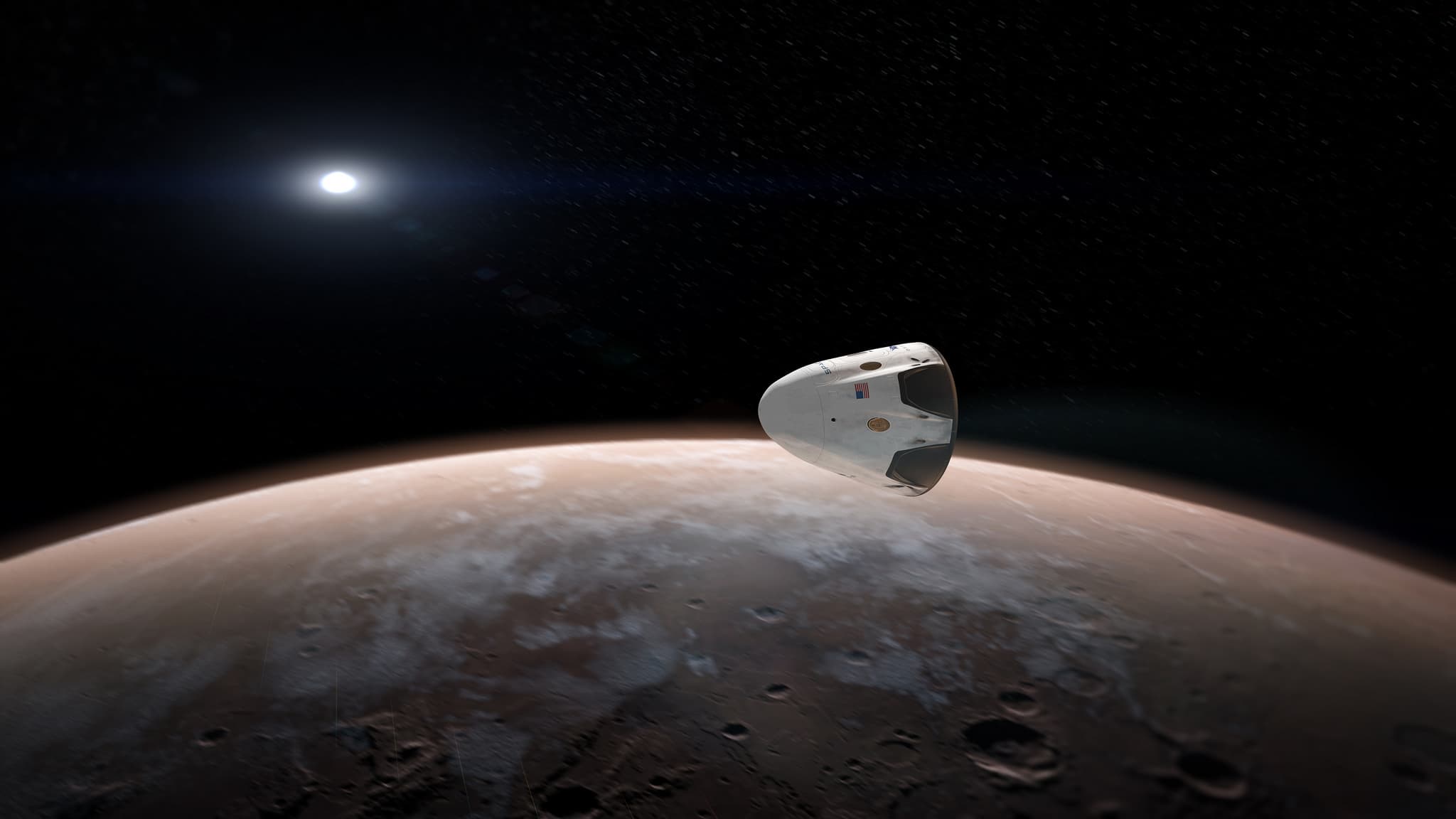 Tonight, Elon Musk will take to the stage at the International Astronautical Congress in Adelaide, Australia to address attendees. Once he does, people around the world will be able to see what he has to say via the livestream below.

Earlier this week, Musk teased "major improvements" and "unexpected applications" for SpaceX's Interplanetary Transport System (ITS). He first unveiled the project at the 2016 edition of the conference, so it's quite fitting that he'll be issuing an update at the same event.

The ITS will apparently be capable of carrying around 100 people per flight, and is set to be the most powerful rocket ever to launch. It's a key component of SpaceX's long-term goal of establishing a permanent human presence on Mars — especially now that the Red Dragon spacecraft has apparently been put on the back-burner, according to recent comments from NASA's head of planetary science, Jim Green.

On Tuesday, Musk took to Twitter to share that he would be giving a detailed description of a planetary colonizer device during his presentation. It's expected that his address will begin at 12.30 AM (EST) on September 29.

Read This Next
Makeover Scene
Space Tourist Says He's Thinking About Flying SpaceX Craft Up to Fix Hubble
Grain of Salt
There's a Huge Problem With Elon Musk's Promise to Bring Starlink to Iran
Sluggo Mode
SpaceX Has a Major Problem With Its Starlink Internet Connections
Dumpster Fire
SpaceX Tested Starship's Engines and Accidentally Caused a Large Fire
Classified
Here's What the Former Head of NASA Has to Say About the Moon Mission Delay
More on Off World
International Sal...
Yesterday on the byte
Astronauts Prepare to Grow Juicy Dwarf Tomatoes in Space
Martian Oases
Dec 3 on futurism
Scientist Proposes Growing a Forest Inside a Bubble on Mars
Appetite for Dest...
Dec 1 on the byte
Black Hole In "Hyper-Feeding Frenzy" Chews Through Stars and Shoots Its Leftovers Towards Earth
READ MORE STORIES ABOUT / Off World
Keep up.
Subscribe to our daily newsletter to keep in touch with the subjects shaping our future.
+Social+Newsletter
TopicsAbout UsContact Us
Copyright ©, Camden Media Inc All Rights Reserved. See our User Agreement, Privacy Policy and Data Use Policy. The material on this site may not be reproduced, distributed, transmitted, cached or otherwise used, except with prior written permission of Futurism. Articles may contain affiliate links which enable us to share in the revenue of any purchases made.
Fonts by Typekit and Monotype.