He's not backing down. 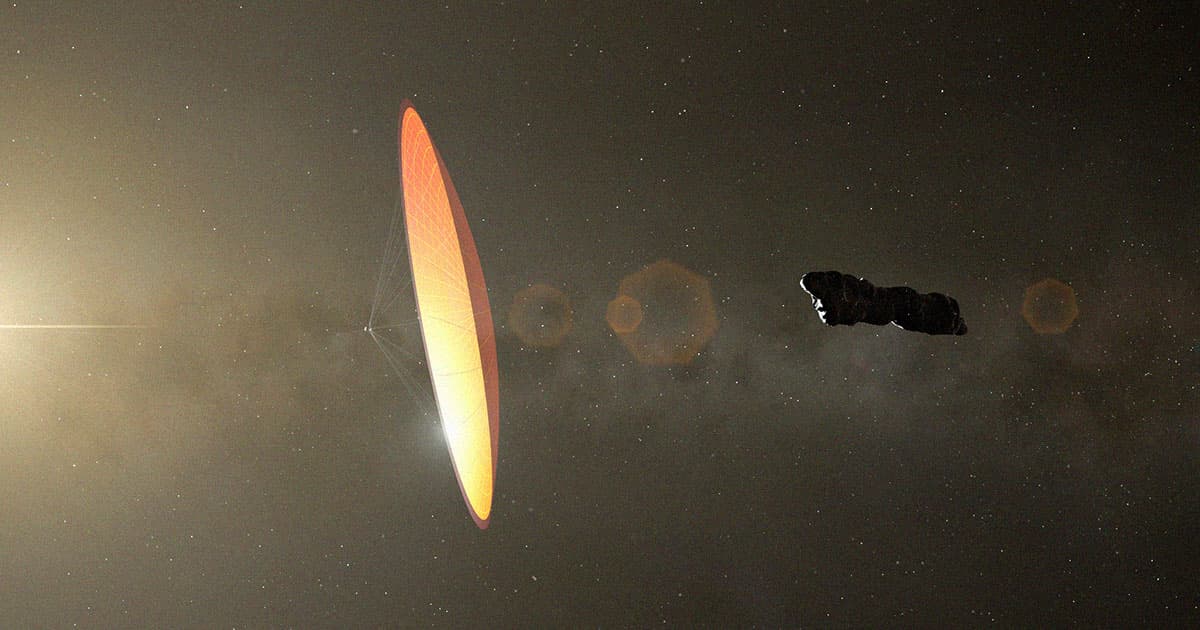 Harvard astronomer Avi Loeb has long suggested that there's a chance 'Oumuamua, a mysterious object that visited our solar system back in 2017, may have been an alien spacecraft that came by for a visit.

In a 2021 paper, Loeb argued that 'Oumuamua could have been a probe sent by an extraterrestrial civilization, an explanation that has proven divisive among his peers.

Most recently, an international team of researchers attempted to dismantle a core aspect of Loeb's argument: that 'Oumuamua was a solar sail, an advanced form of propulsion that would allow a spacecraft to use the low pressure of solar radiation to move through space.

According to their study, which has been accepted for publication in the journal Astronomy and Astrophysics, the team concluded that "'Oumuamua is unlikely to be a light sail. The dynamics of an intruding light sail, if it exists, has distinct observational signatures, which can be quantitatively identified and analyzed with our methods in future surveys."

Loeb, however, isn't having it. He's sticking to his guns.

"There are a few points that the authors have overlooked," he told The Daily Beast this week.

The international team, which was led by Shangfei Liu, an astronomer at Sun Yat-sen University in Zhuhai, China, argued that if 'Oumuamua was a light sail, it would've featured a large, flat surface that would have reflected more light than what we saw emanating from the mysterious object in our limited observations.

"If it was a light sail, the brightness variation should be much larger," Shangfei told Beast.

Loeb, however, argues that the sail itself "need not be flat." According to his own research, it could've been a light sail of a different shape, reflecting light in unexpected ways.

The astronomer went as far as to suggest to Beast that 'Oumuamua "may not be a sail at all, but just a surface layer torn apart from a bigger object" — in other words, a piece of alien spacecraft detritus that just happened to hurtle through our star system.

Of course, extraordinary claims call for extraordinary measures. Maybe the object was nothing more than a comet venting gas as it screamed through space.

Unfortunately, it's exceedingly rare to encounter an interstellar object like 'Oumuamua.

But given the opportunity, and "with help of a huge amount of highly accurate observation data in the future," as Shangfei and his colleagues argue in their paper, perhaps we could finally put the mystery to rest.

More on 'Oumuamua: Avi Loeb and the Great Unknown

Read This Next
A Whole Saga
US Government Confirms That Interstellar Object Crashed Into the Earth
Who's There?
New Harvard Project Will Investigate Alien Technology
Alien Ant Farm
Avi Loeb and the Great Unknown
Far Out
Proposed Mission Would Explore Interstellar Object ‘Oumuamua
Planetary Seeds
Interstellar Visitor Like 'Oumuamua May Have Formed Earth's Core
More on Off World
Heavy Metal
6:27 PM on the byte
NASA Mars Rover Finds Metallic Object That Smashed Down on Surface
Small But Mighty
5:44 PM on the byte
Baby Asteroid Photobombs James Webb On Accident
Little Guy
3:28 PM on the byte
Scientists Prototype "Creeping" Lizard-Like Robot for Exploring Mars
READ MORE STORIES ABOUT / Off World
Keep up.
Subscribe to our daily newsletter to keep in touch with the subjects shaping our future.
+Social+Newsletter
TopicsAbout UsContact Us
Copyright ©, Camden Media Inc All Rights Reserved. See our User Agreement, Privacy Policy and Data Use Policy. The material on this site may not be reproduced, distributed, transmitted, cached or otherwise used, except with prior written permission of Futurism. Articles may contain affiliate links which enable us to share in the revenue of any purchases made.
Fonts by Typekit and Monotype.