Blocking the Sun's rays artificially is just as controversial as it sounds. 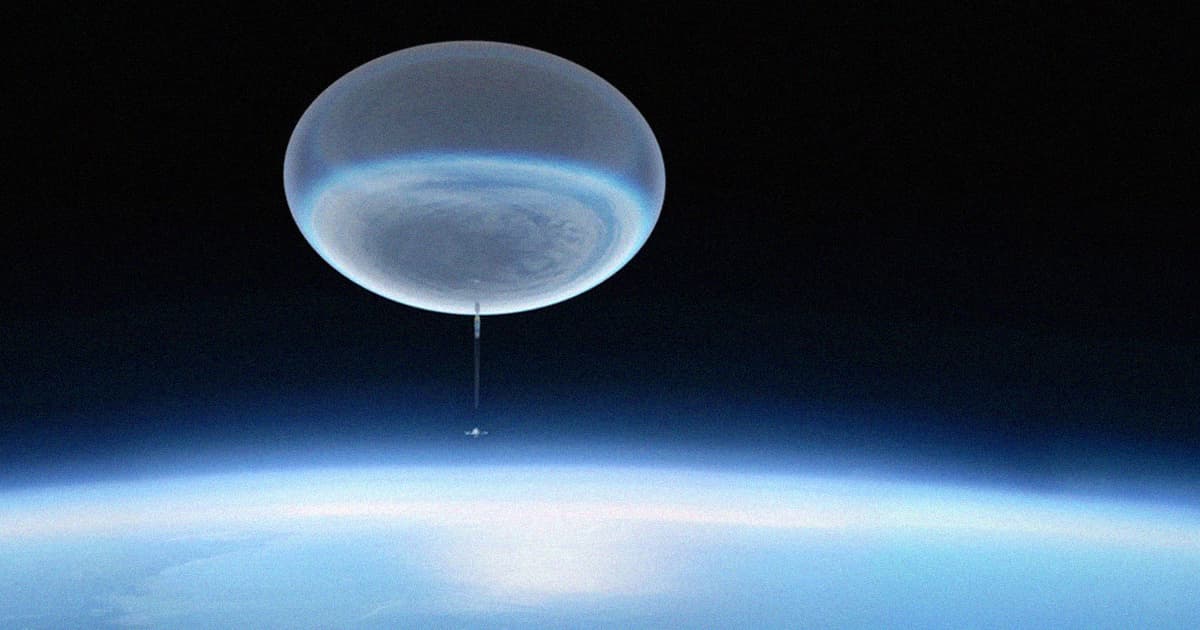 The idea is to block some of Sun's energy from reaching the Earth's surface by reflecting it back into space with small particles in the stratosphere. But experts are still not entirely sure about the risks involved, how well it would work — or indeed if it would work at all.

And that has scientists worried.

A Harvard University-led project called Stratospheric Controlled Perturbation Experiment (SCoPEx) was planning to release weather balloons high up into the sky to release small particles in order to test the theory.

But the team decided to suspend all plans to kick off the project later this year, MIT Technology Review reports. An advisory committee at Harvard recommended that the SCoPEx team delay plans for releasing the balloons over Sweden this summer, and the team obliged.

The committee advised that the researchers do some preliminary equipment tests and reach out to Sweden's public first.

"Whether or not research on geoengineering should be conducted is an important discussion that should continue within the scientific community, as well as with other stakeholders and the general public," reads an official statement by the Swedish Space Corporation.

The committee is now working to engage with the Swedish public to gauge their response to the controversial project.

"Our research team intends to listen closely to this public engagement process to inform the experiment moving forward," principal investigator Frank Ketusch said in a statement, as quoted by MIT.

"It is clear from the feedback that there is a broadly shared commitment to research that can help prevent climate change from worsening," the advisory committee wrote in a statement. "It is also clear that there is a lack of consensus about research related to geoengineering."

That means the project likely won't launch until 2022. The researchers are also still open to conducting first flights in other parts of Sweden, according to MIT.

The news comes after the US National Academies of Sciences (NAS) released a report last week recommending to expenditures of between $100 and $200 million over five years to research the feasibility of solar geoengineering.

"Preliminary modeling work indicates that these approaches do have the potential to reduce some near-term risks of climate change," a summary of the report read.

Experts are divided on if we should even study the controversial process.

"Given the urgency of the climate crisis, solar geoengineering needs to be studied further,” NAS president Marcia McNutt told The Guardian. "But just as with advances in fields such as artificial intelligence or gene editing, science needs to engage the public to ask not just can we, but should we?"

Read This Next
Rolling Coal
Space Travel Will Absolutely Gut the Environment, Scientists Warn
Carbon-Based
NASA Rover Finds New Potential Evidence for Ancient Life on Mars
Duck and Roll
Russia Forced to Dodge Space Debris From When It Blew Up Satellite
Futurism
Free Speech Champion Elon Musk Fires Employees for Criticizing Him
So Long
Tragedy! NASA Says the Voyager Space Probes are Powering Down
More on Off World
TMNT
Yesterday on the byte
Chunky Turtle Spotted Near NASA's Mega Moon Rocket
Cloud Spotting
Thursday on the byte
NASA Needs Your Help Spotting Clouds On Mars
Gifts For Mom
Tuesday on the byte
Jeff Bezos Ditches Plan to Land Rockets on Ship Named for His Mom
READ MORE STORIES ABOUT / Off World
Keep up.
Subscribe to our daily newsletter to keep in touch with the subjects shaping our future.
+Social+Newsletter
TopicsAbout UsContact Us
Copyright ©, Camden Media Inc All Rights Reserved. See our User Agreement, Privacy Policy and Data Use Policy. The material on this site may not be reproduced, distributed, transmitted, cached or otherwise used, except with prior written permission of Futurism. Fonts by Typekit and Monotype.