This Guy is Hacking Printers to Warn About Job-Stealing AI

The "warning" also includes a coupon for his partner's courses. 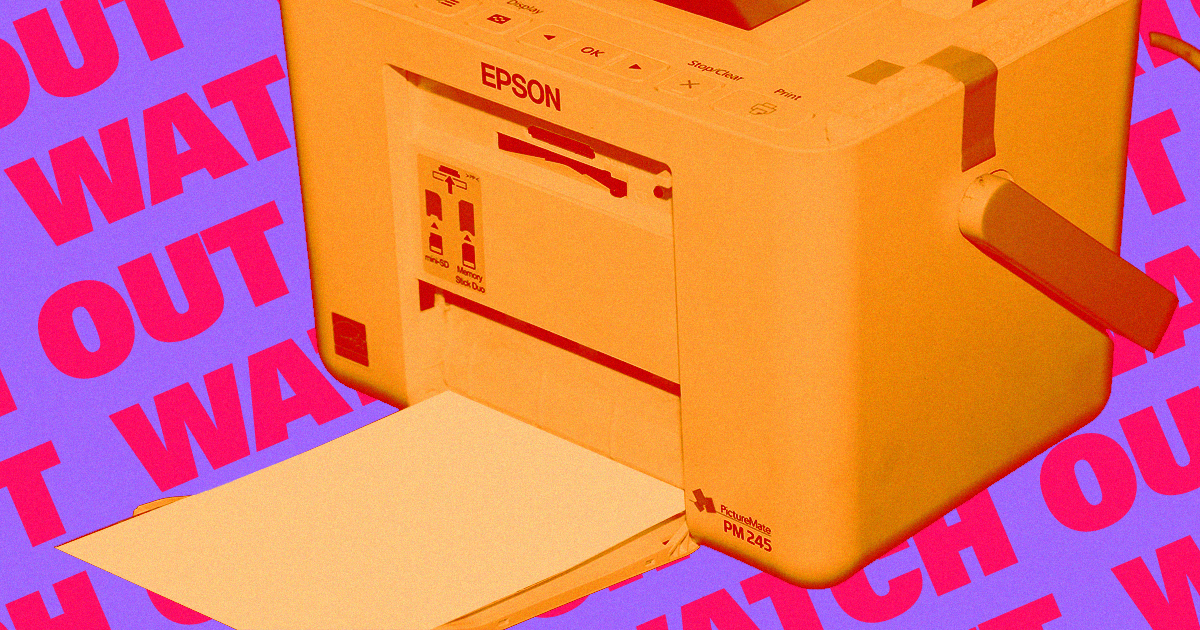 If you work in finance, your printer may have recently spewed out a bizarre warning about the future of your industry.

The warning, which took the form of a glitchy-looking letter conveyed the warning that 94 percent of finance professionals could be replaced by AI by 2024. It's been sent to over 623,000 printers with publicly-accessible ports, according to its creators — an ambitious piece of futuristic protest art for the era of automation.

"It's 94% likely that by 2024 I will replace millions of accountants, auditors and financial analysts, no matter how experienced or talented ‘they’ may be," the letter reads, maintaining the voice of an AI narrator. "The same fate will befall all professions based on structured and algorithmic processes."

The project, called Beware of Bots, is the brainchild of Vlad Sitnikov, the same guy who told Futurism he wanted to launch giant billboards into space.

This time, his advertising has gone hyperlocal — in the philosophical opposite of that annoying "learn to code" movement, he urges people to pivot to graphic design and other creative fields that artificial intelligence is less likely to automate.

"I will not be able to replace creative professions in the near future," the letter reads, still in the voice of the AI. "Only 8% of graphic designwork will be replaced by bots by 2024."

Sitnikov could stand to profit from the hack: the letter he sent to thousands of hacked printers contains a coupon for a design course by author Michael Janda, with whom Sitnikov collaborated, and he was working on behalf of Skillbox, the online learning platform hosting Janda's courses.

Singles In Your Area

To reach the finance bros' printers, Sitnikov built a bot that accessed what's called port 9100, through which many printers send and receive data. It's not uncommon for hackers to exploit these publicly-accessible ports, so the hack itself isn't all that revolutionary.

Accessing internet-connected printers by exploiting port 9100 is technically illegal, though most exploits tend to be harmless pranks. However,others have previously exploited port 9100 to commit hate crimes or send spam.

What is new, however, is using the vulnerability for a viral marketing campaign. While this ad comes under the guise of benevolence, Sitnikov's campaign could open the doors to all sorts of advertisements churning out of your printer.

READ MORE: Bot Hacks Printers Worldwide to Warn Humans That Their Jobs Are at Risk from AI [Little Black Book]

More on viral marketing: The British Army Has an Official Viral Content Division

Read This Next
Much Appreciated
OpenAI's New AI Offers Detailed Instructions on How to Shoplift
Shooting Feet
After Saying He Wanted an Open Algorithm, Elon Musk Just Fired the Twitter Team Responsible for Doing Just That
White Voice
Cursed Startup Using AI to Remove Call Center Workers' Accents
My Picasso
OpenAI Says It's Fine to Sell Images Made With DALL-E 2
Craiyon Dreams
The Creator of That Viral Image Generating AI Loves All Your Weird Creations
More on Artificial Intelligence
Stratego AI
Yesterday on the byte
Google Teaches AI to Play Stratego and It Becomes One of the World's Top-Rated Players
Age Gauge
Yesterday on the byte
Disney Creates AI System to Automatically Change Age of Actors
Tone Deft
Dec 2 on the byte
New AI Tells Children That Santa Isn't Real
READ MORE STORIES ABOUT / Artificial Intelligence
Keep up.
Subscribe to our daily newsletter to keep in touch with the subjects shaping our future.
+Social+Newsletter
TopicsAbout UsContact Us
Copyright ©, Camden Media Inc All Rights Reserved. See our User Agreement, Privacy Policy and Data Use Policy. The material on this site may not be reproduced, distributed, transmitted, cached or otherwise used, except with prior written permission of Futurism. Articles may contain affiliate links which enable us to share in the revenue of any purchases made.
Fonts by Typekit and Monotype.