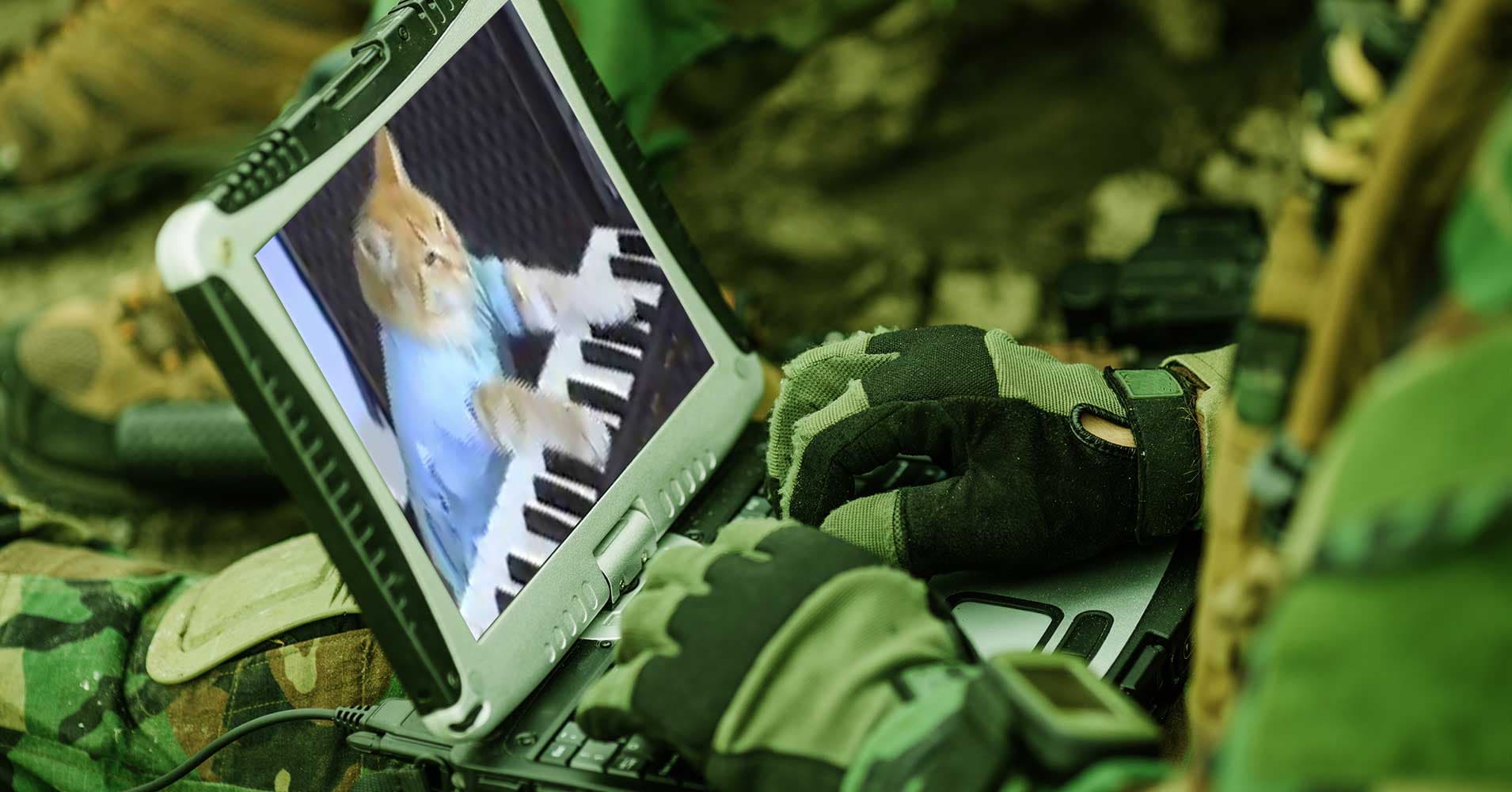 The British Army has an Official Viral Content Division

The 77th Brigade is for specialists who excel in tactical marketing.

The 77th Brigade is for specialists who excel in tactical marketing.

At least that’s the case for a division of the British Army which specifically engages in “information warfare.” That's according to WIRED’s Carl Miller who toured the 77th Brigade’s facilities and wrote about its work producing tactical media like viral videos, social media campaigns, and other digital content that promotes the British Army’s interests and paints it in a better light.

While digital warfare can have a very tangible effect — think mass surveillance and botnets — that’s not specifically what the 77th Brigade is responsible for. Instead, it handles tactical, militarized marketing campaigns.

Often, according to WIRED, these campaigns are bound to facts and are transparent about stemming from the military. But they don’t always need to be.

Sometimes, when it comes to counter-terrorism and other high-priority missions, the information warfare division is allowed to abandon the truth and obscure its military ties in the interest of national security.

The information warfare division of the British Army, WIRED reports, was created in 2015. A year prior, the British military released a memo about how war — and international conflict in times of peace — were changing thanks to the nebulous, ever-changing digital landscape.

In a rush to adapt to disinformation campaigns that have grown more effective and numerous around the world, soldiers assigned to the 77th Brigade adapted many of the same tactics for its own purposes.

Unfortunately, those tactics are better suited for deception than debunking misinformation — as WIRED pointed out, it’s very easy to spread a dangerous and misleading idea, but convincing people that it was wrong is costly, confusing, and far more difficult than simply presenting the facts.

Might See Nonsense
MSN Fired Its Human Journalists and Replaced Them With AI That Publishes Fake News About Mermaids and Bigfoot
12. 2. 22
Read More
Uh Oh
Research Confirms TikTok Is a Cesspool of Misinformation
10. 26. 22
Read More
Escalation and Provocation
Authorities Furious That Russia Attacked Nuclear Plant
3. 4. 22
Read More
+Social+Newsletter
TopicsAbout UsContact Us
Copyright ©, Camden Media Inc All Rights Reserved. See our User Agreement, Privacy Policy and Data Use Policy. The material on this site may not be reproduced, distributed, transmitted, cached or otherwise used, except with prior written permission of Futurism. Articles may contain affiliate links which enable us to share in the revenue of any purchases made.
Fonts by Typekit and Monotype.