Grimes Says AI Will Usher in an Era of Luxurious Communism

She says AI could provide global luxury and "genuine equality." 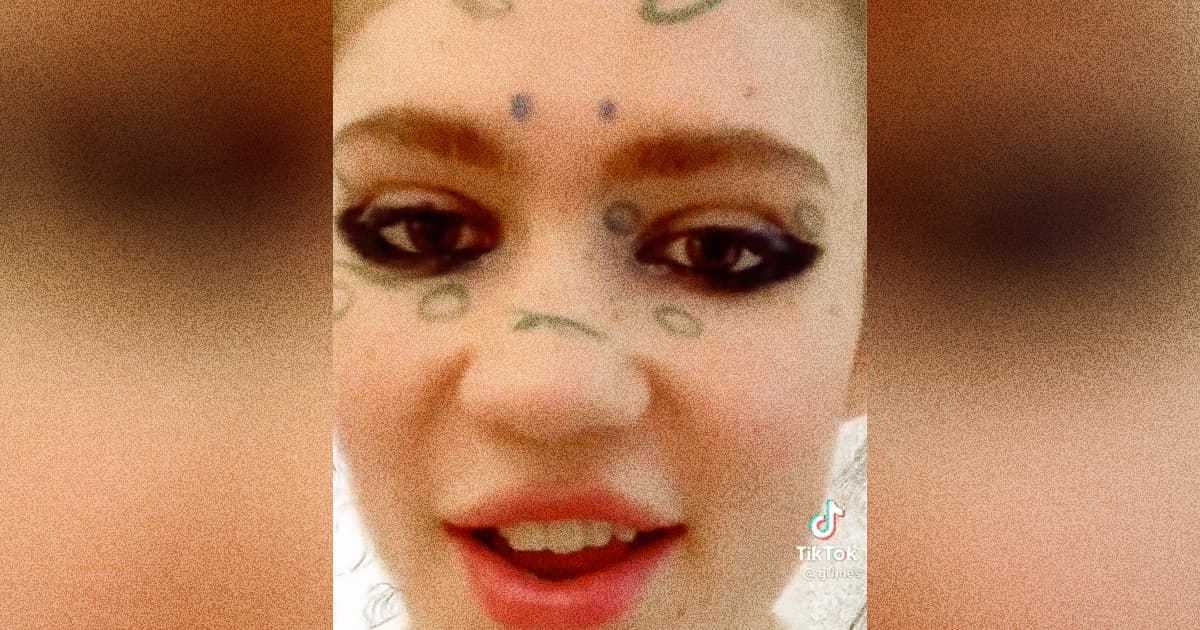 Acclaimed musician Claire "Grimes" Boucher posted a TikTok video on Wednesday night in which she returned to one of her favorite pastimes: overpromising what artificial intelligence can provide to society.

"I have a proposition for the communists," she said in the video. "Typically, most of the communists I know are not big fans of AI. But — if you think about it — AI is actually the fastest path to communism."

Grimes went on to explain that, in her vision of the future, powerful AI would be able to automate away societal challenges like food production, ushering in an era of plenty — a diatribe that invokes the aging meme of "fully automated luxury space communism," or the idea that automation is poised to bring about an opulent and equitable future for humankind.

It's worth noting that Grimes, though accomplished in her own right, is also in a relationship with SpaceX and Tesla CEO Elon Musk, an extraordinarily powerful industry figure who has at least some power to bring Grimes' ideas to reality.

"If implemented correctly, AI could actually theoretically solve for abundance," Grimes continued. "Like, we could totally get to a situation where nobody has to work, everybody is provided for with a comfortable state of being, comfortable living."

It's a rosy and appealing vision of the future, to be sure: Sitting back and enjoying our time on Earth while robots and AI algorithms handle the hard parts. Unfortunately, at least for now, it's hard to imagine any algorithm or machine built with the technology of today or even the foreseeable future that would be up to the challenge, as nice as it sounds.

Grimes, who once said that she would like to move to Mars when she's older even if that meant having to do "manual labor until death," concluded by saying that AI could theoretically provide the best parts of communism but without forced labor on a collective farm.

"'Cause let's be real," she said, "enforced farming is really not a vibe."

More on Grimes: Grimes: Humanity Is at the "End of Art, Human Art"

Read This Next
Shooting Feet
After Saying He Wanted an Open Algorithm, Elon Musk Just Fired the Twitter Team Responsible for Doing Just That
White Voice
Cursed Startup Using AI to Remove Call Center Workers' Accents
My Picasso
OpenAI Says It's Fine to Sell Images Made With DALL-E 2
Craiyon Dreams
The Creator of That Viral Image Generating AI Loves All Your Weird Creations
What's Happening?
Google Insider Says Company's AI Could "Escape Control" and "Do Bad Things"
More on Artificial Intelligence
I'm a Cool Boss(w...
Nov 23 on the byte
Companies Already Investing in Tech to Scan Employees’ Brains
Language Moron
Nov 20 on the byte
Facebook Takes Down AI That Churns Out Fake Academic Papers After Widespread Criticism
Uncanny Covers
Nov 2 on the byte
This Deepfake AI Singing Dolly Parton's "Jolene" Is Worryingly Good
READ MORE STORIES ABOUT / Artificial Intelligence
Keep up.
Subscribe to our daily newsletter to keep in touch with the subjects shaping our future.
+Social+Newsletter
TopicsAbout UsContact Us
Copyright ©, Camden Media Inc All Rights Reserved. See our User Agreement, Privacy Policy and Data Use Policy. The material on this site may not be reproduced, distributed, transmitted, cached or otherwise used, except with prior written permission of Futurism. Articles may contain affiliate links which enable us to share in the revenue of any purchases made.
Fonts by Typekit and Monotype.