The mobile payment app, called Tez, was launched in India for iOS and Android devices. 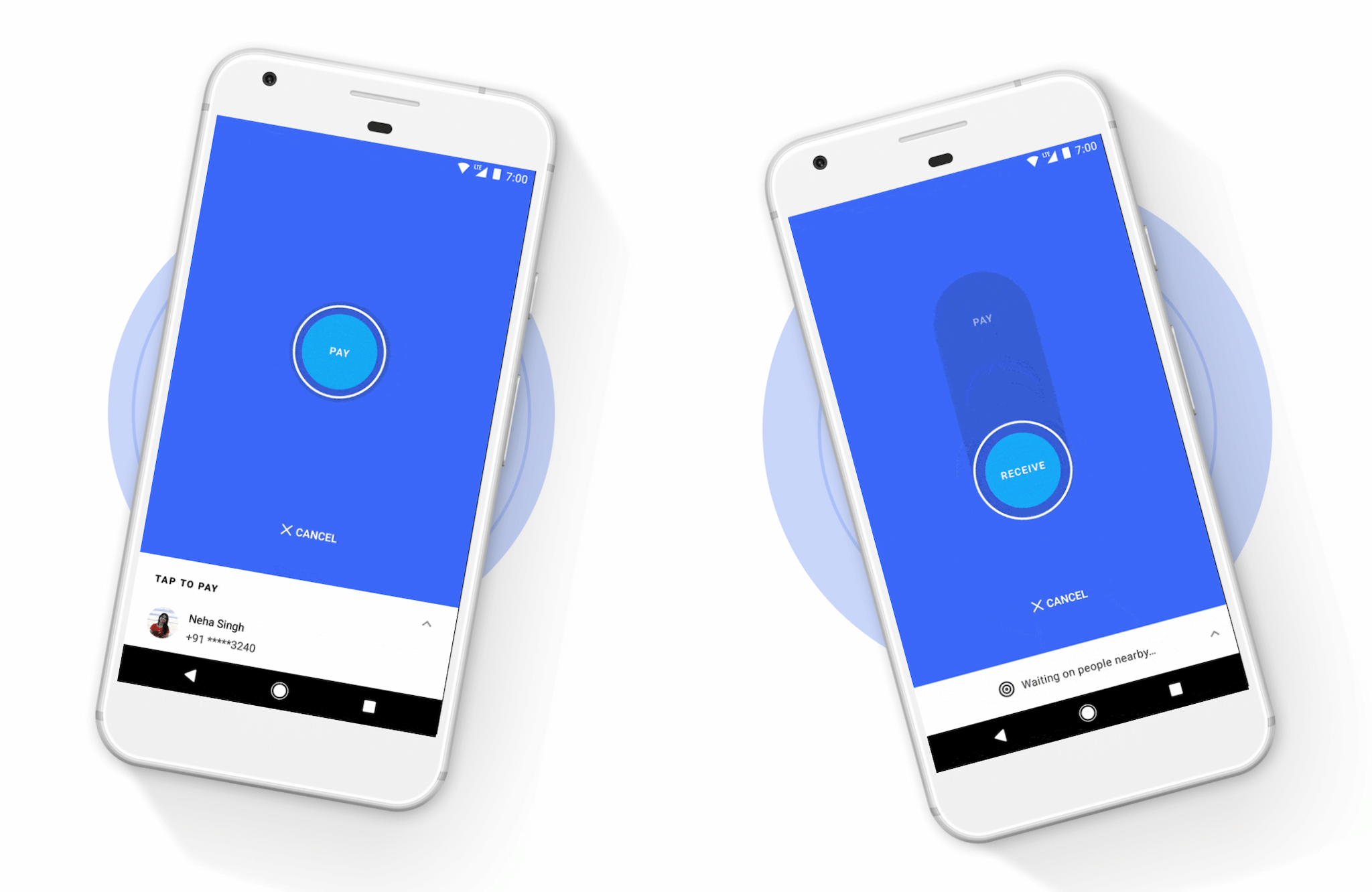 While India is home to 300 million smartphone users, many of these devices are entry level or mid-tier, and don't feature near-field communication technology. As a result, they don't support services like Samsung Pay and Apple Pay.

Tez forges a connection between the two devices taking part in the transaction using ultrasonic frequencies, which are inaudible to human ears. As a result, there's no need to share bank account information or even a telephone number.

The service is protected by Tez Shield, a platform devised by Google that's able to detect fraudulent usage, and keeps user identities under wraps.

In November 2016, the Indian government announced a ban on cash bills worth more than 500 rupees ($7.77). This decision removed more than 85 percent of the country's currency from circulation, and as a rush, digital transactions have seen a sharp increase in popularity.

Google isn't the only company attempting to field an app fulfilling this purpose to the Indian market. Whatsapp is apparently in talks with the National Payments Corporation of India — the governing body behind the Unified Payments Interface platform that links Tez up to users' bank accounts — in the hopes of launching its own service.

For the moment, Google is pitching Tez squarely at the Indian marketplace. However, if it proves to be successful, the company hopes to release the app in countries including Vietnam, Indonesia, and Thailand.

Read This Next
"Don't Be Evil"
Google Refuses to Pull Website Responsible for Scores of Suicides
Oh, Billy
Google Debuts Dystopic 3D Prison-Style Video Chat: Project Starline
Booting China
The US May Ban TikTok, Trump Administration Says
Brands We Love
Learn Big Data and Machine Learning Skills Right at Home With This Training
Too Soon
YouTube's Autocomplete Feature Has a Huge Spoiler Problem
More on Future Society
Gas Giant
Yesterday on the byte
Journalist Eats Lab-Grown Chicken, Gets "Weirdly Gassy"
Musk Rats
Thursday on the byte
Twitter Is Quietly Re-Suspending the Lunatics Elon Musk Let Back On
Going Wireless
Wednesday on futurism
Hackers Took Over a Subdomain of Wired.com for Several Months and Replaced It With Sleazy Online Casino Content
READ MORE STORIES ABOUT / Future Society
Keep up.
Subscribe to our daily newsletter to keep in touch with the subjects shaping our future.
+Social+Newsletter
TopicsAbout UsContact Us
Copyright ©, Camden Media Inc All Rights Reserved. See our User Agreement, Privacy Policy and Data Use Policy. The material on this site may not be reproduced, distributed, transmitted, cached or otherwise used, except with prior written permission of Futurism. Articles may contain affiliate links which enable us to share in the revenue of any purchases made.
Fonts by Typekit and Monotype.