We might have to rethink our asteroid defense strategy. 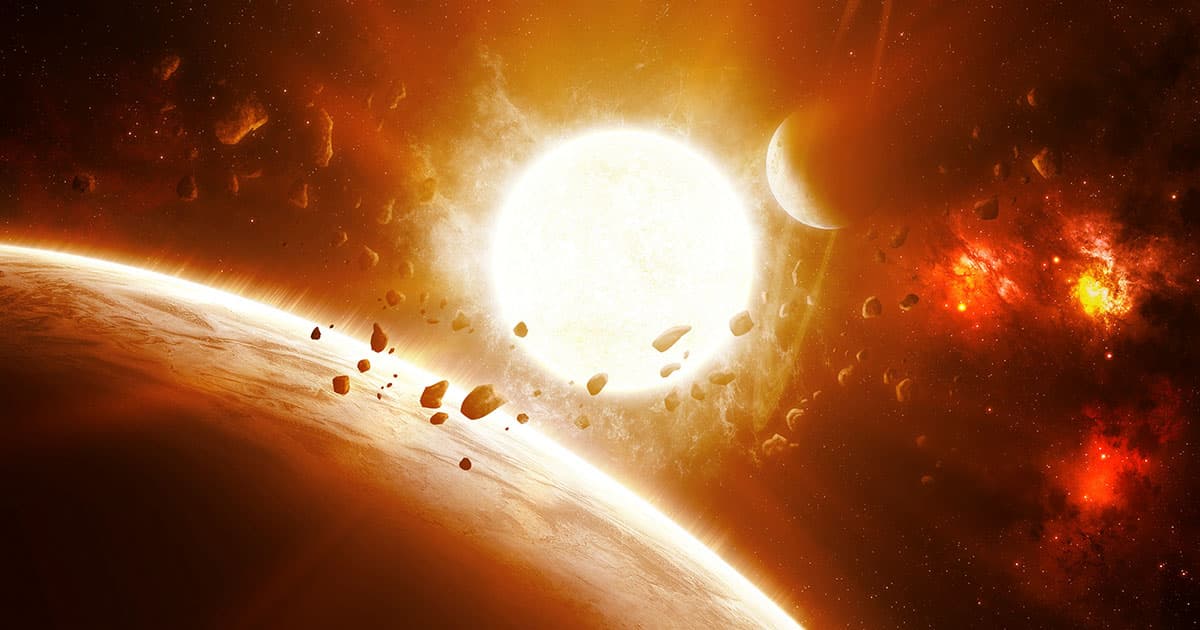 Researchers have found that some asteroids that are largely made from small pieces of rubble could be very difficult to deflect if one were to ever hurtle towards Earth, a terrifying finding that could force us to reconsider our asteroid defense strategies.

It's an especially pertinent topic considering NASA's recent successful deflection of asteroid Didymos by smashing its Double Asteroid Reduction Test (DART) spacecraft into it last year, a proof of concept mission meant to investigate ways for humanity to protect itself from asteroid threats.

By analyzing asteroid particles collected by Japanese Space Agency's Hayabusa 1 probe, which visited the 1,600-foot "rubble pile" asteroid Itokawa back in 2005, the researchers suggest the remote asteroid is far older than previously thought.

In fact, Itokawa, which scientists have long believed is a giant collection of space rocks and not one large lump, could be as old as the solar system itself.

"Unlike monolithic asteroids, Itokawa is not a single lump of rock, but belongs to the rubble pile family which means it's entirely made of loose boulders and rocks, with almost half of it being empty space," said Fred Jourdan, planetary sciences professor at Curtin University in Australia and lead author of a new paper titled "Rubble pile asteroids are forever," published in the journal Proceedings of the National Academy of Sciences, in a statement.

Yet the mysterious pile of space rubble remained cohesive.

According to Jourdan and his colleagues, the fact that it's a rubble pile and not a solid lump makes it inherently shock-absorbent, which could explain its extremely long lifespan and inherent resilience.

If an object like it were ever headed toward Earth, though, it could be very bad news.

"In short, we found that Itokawa is like a giant space cushion, and very hard to destroy," he said.

The research suggests that rubble piles like Itokawa may be far "more abundant in the asteroid belt than previously thought," according to coauthor Nick Timms, also a professor of planetary sciences at Curtin, which means "there is more chance that if a big asteroid is hurtling toward Earth, it will be a rubble pile."

But that doesn't mean we're doomed.

Armed with the knowledge that it may be a loose collection of rocks threatening our existence — and not a giant billiard ball in the sky — we could change our defense tactics ahead of time, and, for instance, use a "shockwave of a close-by nuclear blast to push a rubble-pile asteroid off course without destroying it," as Timms suggested in the statement.

In other words, we might have to rethink our defense strategies.

More on asteroids: Scientists Find Building Blocks of Life in Meteor That Smashed Into Family's Driveway

Read This Next
A Sip of Opal
NASA Discovers Precious Gemstones on Mars
Moon Wrestling
The Head of NASA Is Scared Chinese Astronauts Will Seize Portions of the Moon
Shot Well
Head of NASA Relieved to Hear Elon Musk Isn't REALLY Running SpaceX
Little Boxes
One Silly Little Detail Is Reportedly Delaying Artemis II by Years
Putting Things In Perspective
Amazing Artemis Photo Shows Every Human, Alive or Dead, Plus the Moon
More on Off World
No More Hops, Mor...
Yesterday on the byte
Suggestion: NASA Should Make Its Mars Helicopter Do Some Gnarly Tricks From "Tony Hawk"
Exoplanet Dance
Tuesday on the byte
Scientist Releases Amazing Video of Exoplanets Orbiting Distant Star
Space Junk News
Tuesday on the byte
Two Large Chunks of Space Debris Just Almost Collided in an Epic Disaster
READ MORE STORIES ABOUT / Off World
Keep up.
Subscribe to our daily newsletter to keep in touch with the subjects shaping our future.
+Social+Newsletter
TopicsAbout UsContact Us
Copyright ©, Camden Media Inc All Rights Reserved. See our User Agreement, Privacy Policy and Data Use Policy. The material on this site may not be reproduced, distributed, transmitted, cached or otherwise used, except with prior written permission of Futurism. Articles may contain affiliate links which enable us to share in the revenue of any purchases made.
Fonts by Typekit and Monotype.