And now you can try it free for 30 days. 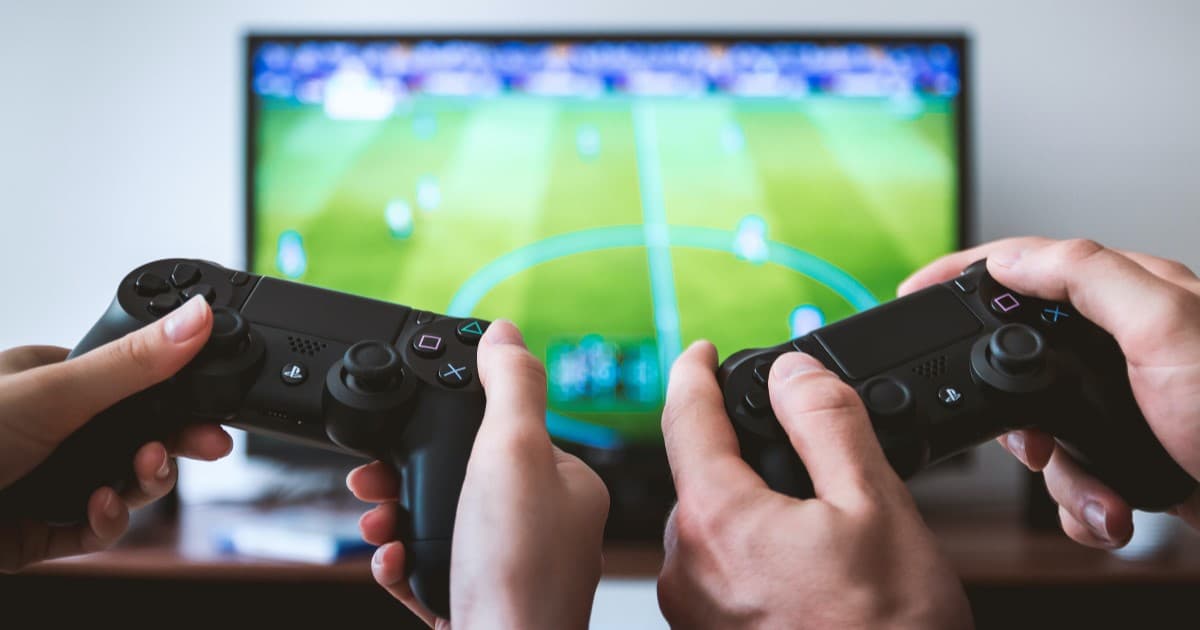 The latest controversy tearing through the gaming universe has to do with pricing. The standard price of major platform video games is crawling towards $70, which puts gaming among the most expensive hobbies that don’t involve collecting yachts or paintings. So if you’ve ever thought there must be a better way to play your favorite games without spending hundreds of dollars a month, you’re right. It’s GameFly, the monthly subscription service that's like old-school Netflix for physical copies of video games.

GameFly is a disc rental subscription service that sends you games in the mail. You add the titles you want to your queue, and GameFly sends you your top choices as they become available. You play the games you have for as long as you want, and when you’re finished, you send them back and move onto the next one, with no late fees or deadlines. And if you fall in love with a game and want to buy it, you can do that too instead of returning it, since many of the titles in GameFly’s library are available to buy at a discount.

There are three different GameFly price tiers to choose from, with options to have either one or two games out per month. If you only want one at a time, you can choose between a promotional introductory discount or a one-month free trial. The former costs $9.50 per month for the first three months and $15.95 after that. And the 30-day free trial option is, of course, free for the first month, and just $15.95 after that. If you’d prefer to have two games at a time, you can get that plan for $13.50 for the first three months, and $22.95 per month afterward.

All GameFly plans come with unlimited rentals, free shipping, and a $5 reward voucher for purchasing used games every three months. After six months with the service, you’ll get a permanent five-percent discount on used games, and after 12 months, you’ll get a ten-percent discount, allowing even more savings to stack up in your favor the longer you subscribe.

GameFly offers games for all the major consoles and even a few classic games for older ones like the Gamecube and the Wii. They also have movies in stock, which means you might be able to replace your usual movie sources with a GameFly subscription and save even more money.

Compared to buying new, the savings offered by GameFly are obvious. If you purchased just one new game for $60 each month, you’d have spent $180 over three months, while a GameFly subscription will cost you as little as $28.50 over that same period -- and the premium plan at two discs at a time will cost just $40.50. And that doesn’t include all the discounts and incentives you’ll get from buying your favorite games used through GameFly.

You can sign up for your new monthly plan at the official GameFly site right now. You can also purchase consoles, accessories, and even collectibles. Or, if you have some kind of money phobia, you can just keep buying games new and selling them for pennies after you’re finished. The choice is yours.

Read This Next
Will Somebody Think of the Children?
Mom Horrified by What Her Kids Are Seeing in Roblox
Gamer Word
Scientists Find That Gamers Are Indeed More Racist and Sexist Than Normies
Magic: The Reckoning
Maker of "Magic" Cards Sends Cease and Desist to Project Minting Unauthorized NFTs
Russian Block
Teen Sentenced to Prison for Plotting Terror Attack in Minecraft
Stoking the Fire
Gaming Exec Says His Customers Are Idiots For Not Understanding How Great NFTs Are
More on Future Society
Down in Flames
5:20 PM on the byte
Elon Musk Apparently Thinks Twitter Is a "Flaming Dumpster Rolling Down the Street"
All Tomorrow's Pa...
4:05 PM on the byte
Party Startup Says It Has Zero Plans to Make Any Money With Investors' Funds
Primate Theft
Yesterday on the byte
It Was a Very Bad Weekend for Monkeys Being Stolen From Zoos, Apparently
READ MORE STORIES ABOUT / Future Society
Keep up.
Subscribe to our daily newsletter to keep in touch with the subjects shaping our future.
+Social+Newsletter
TopicsAbout UsContact Us
Copyright ©, Camden Media Inc All Rights Reserved. See our User Agreement, Privacy Policy and Data Use Policy. The material on this site may not be reproduced, distributed, transmitted, cached or otherwise used, except with prior written permission of Futurism. Articles may contain affiliate links which enable us to share in the revenue of any purchases made.
Fonts by Typekit and Monotype.