10 of the Most Futuristic April Fools Jokes So Far

It's too bad some of these aren't real. 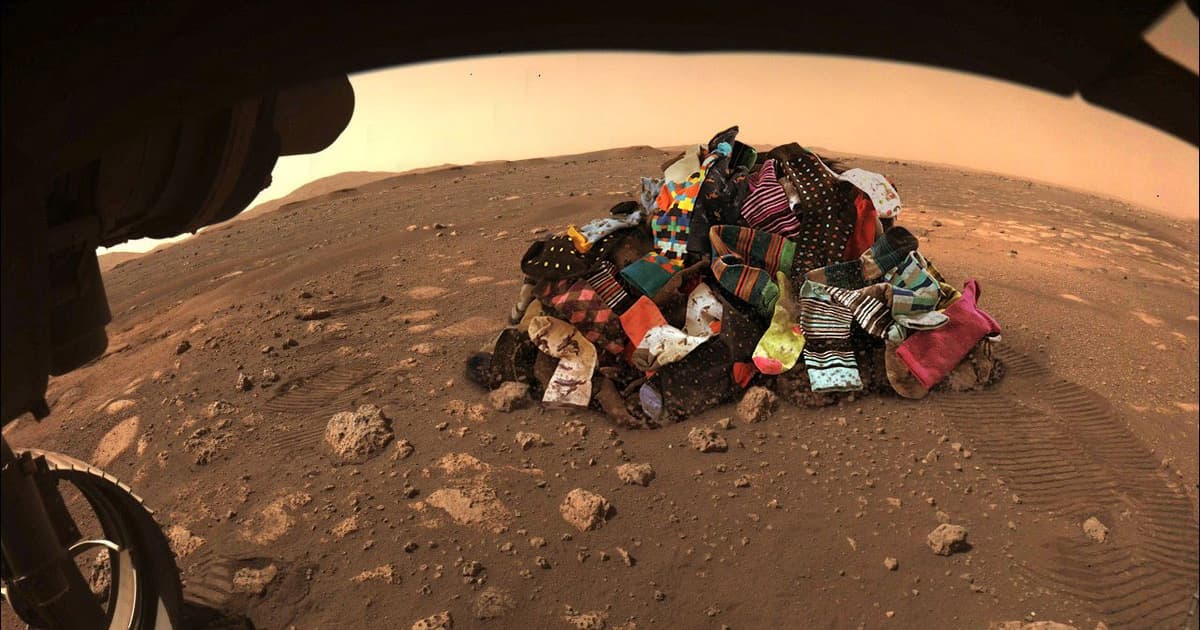 Just over a year ago, the COVID-19 really started rearing its ugly head. With cases and deaths on a sharp incline, brands knew better than to partake in the yearly clown convention that is April Fools' Day. April Fools' Day 2020 was cancelled.

But this year, things are starting to look a little different. With mass vaccinations well underway, the world is hopefully headed towards a better place — even if it doesn't really feel like it right now.

And with that hesitant optimism just starting to emerge following more than a year of lockdowns and loneliness, brands are now coming out of the woodwork to indulge in the age-old tradition once again.

Here are some of the jests and gags that caught our attention at Futurism, ranging from poorly executed to a much-needed chuckle.

Topping the cake this year is carmaker Volkswagen. The company announced it will be rebranding its North American division to "Voltswagen," a nod to its future commitments to electric cars.

The gaff completely backfired after several Volkswagen of America employees lied to reporters about it not being an April Fools' joke.

Spoiler alert: it was an April Fool's joke after all. The ill-advised and poorly executed move was met with derision and ridicule.

Wow! While travelling on the surface of Mars, the Perseverance rover found the place where all the missing socks from the dryer end up! 🙃#AprilFools pic.twitter.com/rB1A21rTfF

A fun Photoshop of a pile of socks spotted on the surface of Mars by NASA's Perseverance rover, uploaded by the Canadian Space Agency's Twitter account, was just the kind of light-hearted April Fools' humor we all needed in 2021.

European nuclear research group CERN proposed a "space elevator" accelerator, a 500 meter vertical particle accelerator to explore the nature of dark matter. That would make it taller than the Eiffel Tower.

"The Standard Model of particle physics has been very successful, but it can’t explain the 95 percent of the universe which is ‘dark,’ and neither Einstein nor any physicist since has been able to cook up a working theory of quantum gravity," reads CERN's website.

The online encyclopedia decided to take on April 1 with a nod to 1993 hit comedy "Groundhog Day" on its homepage, and also facetiously listed the film as having been featured for the previous three days — an homage to how every day has felt like Groundhog Day during quarantine.

Twitter user Matt Shirley called the joke "actually a little cute and way too real at the same time," in a tweet.

"Who says your gameplay needs to be the only thing that slays?" the company's website reads. "Click heads and turn them too with Razer Rapunzel Chroma Hair Dye—the world’s first RGB haircare product for a look that’s always lit."

Toy bricks maker LEGO came up with a fun concept to stop anybody from ever stepping on some pieces of LEGO ever again, a particularly painful experience.

The bricks would be simply swept away by a magical force (or rather CGI) right before a sole of a nearby foot gets close to making contact.

Language learning is hard... so we made it soft.

It's time to turn your bathroom into a classroom with our latest innovation: Duolingo Roll – toilet paper (yes, toilet paper) that teaches you phrases in new languages! 🧻https://t.co/IwQke0z0gT #DuolingoRoll pic.twitter.com/ilVLtx5Cbl

Language-learning app Duologino announced a new type of toilet paper that can teach you a new language while you're on the commode. The three-ply paper promises to teach you new phrases with "no ads" and "no interruptions."

PC accessories maker Satechi designed a mouse modeled after Tesla's upcoming and much-hyped Cybertruck. "Cybermouse is built with bulletproof Super-Tough 2077 aluminum made for the toughest desktop warriors," promises the company.

Yep, you guessed it. "Cyngn Horse unifies stereoscopic perception, multi-passenger transportation, and maximum speeds of 55 mph into one elegant, revolutionary autonomous solution," a voiceover says over the company's video.

Consumer electronics company Monoprice took the standing desk craze to its logical conclusion with a sit-squat desk. As its name implies, the futuristic desk can go low enough to force you into a squat.

More on Voltswagen, lol: Volkswagen Says It Lied to Reporters About Name Change