Jack: You’re probably mad because we don’t explain why we do what we do! 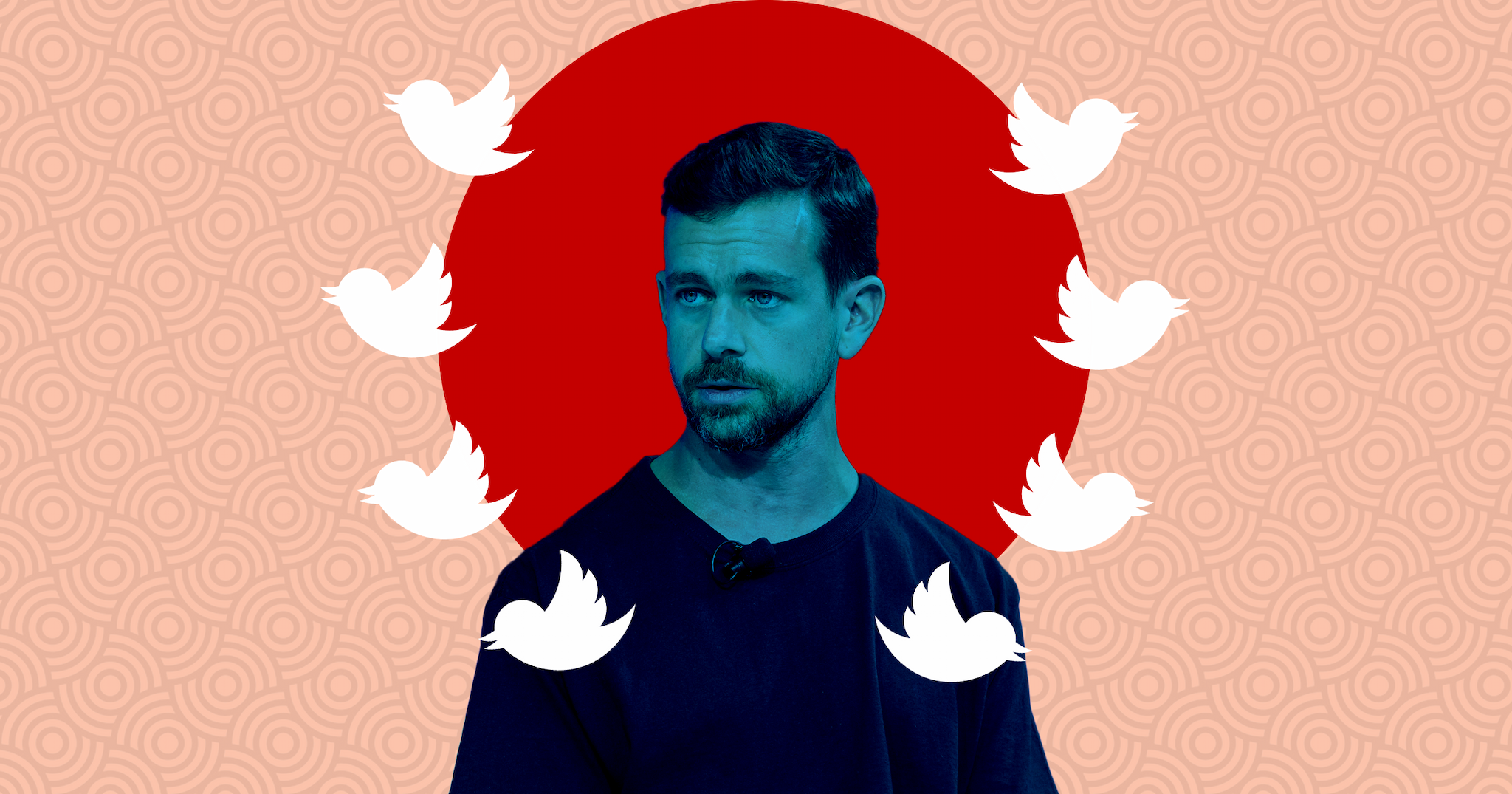 Twitter, unlike Facebook, YouTube, Spotify, LinkedIn, and Apple’s podcast platform, decided this week to let InfoWars, a show run by half-performance-artist-half-conspiracy-theorist Alex Jones, continue to use its platform.

On Tuesday, Twitter's founder Jack Dorsey (more readily-recognized by his username @jack) responded to the internet’s immediate outrage with a series of tweets. Dorsey was clearly trying to explain Twitter's stance, but he just kind of misread the whole thing.

Dorsey clarified that InfoWars did not break any of Twitter’s rules, and that Twitter would be depending on journalists, who already have their own jobs that they do for a living, to counter the misinformation and conspiracy theories spread on Twitter’s platform by people like Jones.

There are, of course, many problems with that logic, namely that Twitter is dodging responsibility for holding users to basic standards of honesty.

But at the heart of Dorsey’s position is the idea that if we just understood why Twitter provides an outlet for the worst voices of the internet, maybe we would be fine with it.

“Truth is we’ve been terrible at explaining our decisions in the past,” Dorsey said in one of his tweets. “We’re fixing that. We’re going to hold Jones to the same standard we hold to every account, not taking one-off actions to make us feel good in the short term, and adding fuel to new conspiracy theories.”

Unfortunately, that’s not quite how it works. Transparency is a beautiful thing, and we'd all probably be better off if tech companies brought their operations, motives, and funding into the open.

If that’s what this was about, that would be great. But it’s not.

We already have a pretty good understanding of why Twitter does what it does. Twitter, an only-recently-profitable company, makes its money by running targeted ads and selling promotions. Alex Jones has 800,000 followers. Kick Jones off, and you risk losing at least a portion of those followers, which means fewer eyeballs looking at promoted tweets. So Dorsey might not care all that much about how Twitter is used as long as we use it.

And if we're using it — all of us, no matter if you fact check every tweet or if you're telling people that the very-real Sandy Hook shooting didn't happen — our voices all count more or less the same. If conspiracy theories are given a platform and allowed to propagate, no amount of fact-checking can stem the tide. And in doing so we eschew real discourse, the kind that takes these problematic claims like many of Jones' to task, for tribalism and stubbornness. And it can (and does) make the platform unsafe people who question false information.

Dorsey has explained Twitter’s decision-making process as well as he ever needs to. Here's the first sentence of a blog post about Twitter’s rulebook, which Dorsey shared on Tuesday: “Twitter is reflective of real conversations happening in the world and that sometimes includes perspectives that may be offensive, controversial, and/or bigoted.”

Dorsey can't pretend that the online conversations that reflect those in the "real world" are any less harmful. Twitter has long been a risky place for many journalists, especially women and people of color. People face harassment, death threats, and bigotry on Twitter every single day.

Dorsey can give all the explanations he wants, but he's made it clear that the heart of this platform isn't going to change. Twitter is not going to protect us, or the truth, any better than it already is. If we want to delude ourselves into thinking otherwise, that's on us.

More on where social media draws the line: Here’s What It Takes to Get Kicked off Facebook (Hint: It’s A Lot)

Read This Next
I Silence Thee
Leaked Messages Seem to Show Elon Musk Using Twitter to Punish His Enemies
Bot Rush
An Overwhelming Number of Porn Bot Accounts "Drowned Out" Chinese Protest Content on Twitter
Hardcore Mode
Even Twitter's Intern Just Resigned in Disappointment
This is Exhausting
Elon Musk Seems to Be Trying to Weasel Out of Vote to Resign
Backtrack, Backtrack
It Turns Out Elon Musk’s Stalking Incident Had Nothing to Do With ElonJet
More on Future Society
Gas Giant
Jan 27 on the byte
Journalist Eats Lab-Grown Chicken, Gets "Weirdly Gassy"
Musk Rats
Jan 26 on the byte
Twitter Is Quietly Re-Suspending the Lunatics Elon Musk Let Back On
Going Wireless
Jan 25 on futurism
Hackers Took Over a Subdomain of Wired.com for Several Months and Replaced It With Sleazy Online Casino Content
READ MORE STORIES ABOUT / Future Society
Keep up.
Subscribe to our daily newsletter to keep in touch with the subjects shaping our future.
+Social+Newsletter
TopicsAbout UsContact Us
Copyright ©, Camden Media Inc All Rights Reserved. See our User Agreement, Privacy Policy and Data Use Policy. The material on this site may not be reproduced, distributed, transmitted, cached or otherwise used, except with prior written permission of Futurism. Articles may contain affiliate links which enable us to share in the revenue of any purchases made.
Fonts by Typekit and Monotype.