Experts Want Facebook to Take Down Its Messenger Kids App

Pediatricians cited a link between social media use and unhappiness among teens. 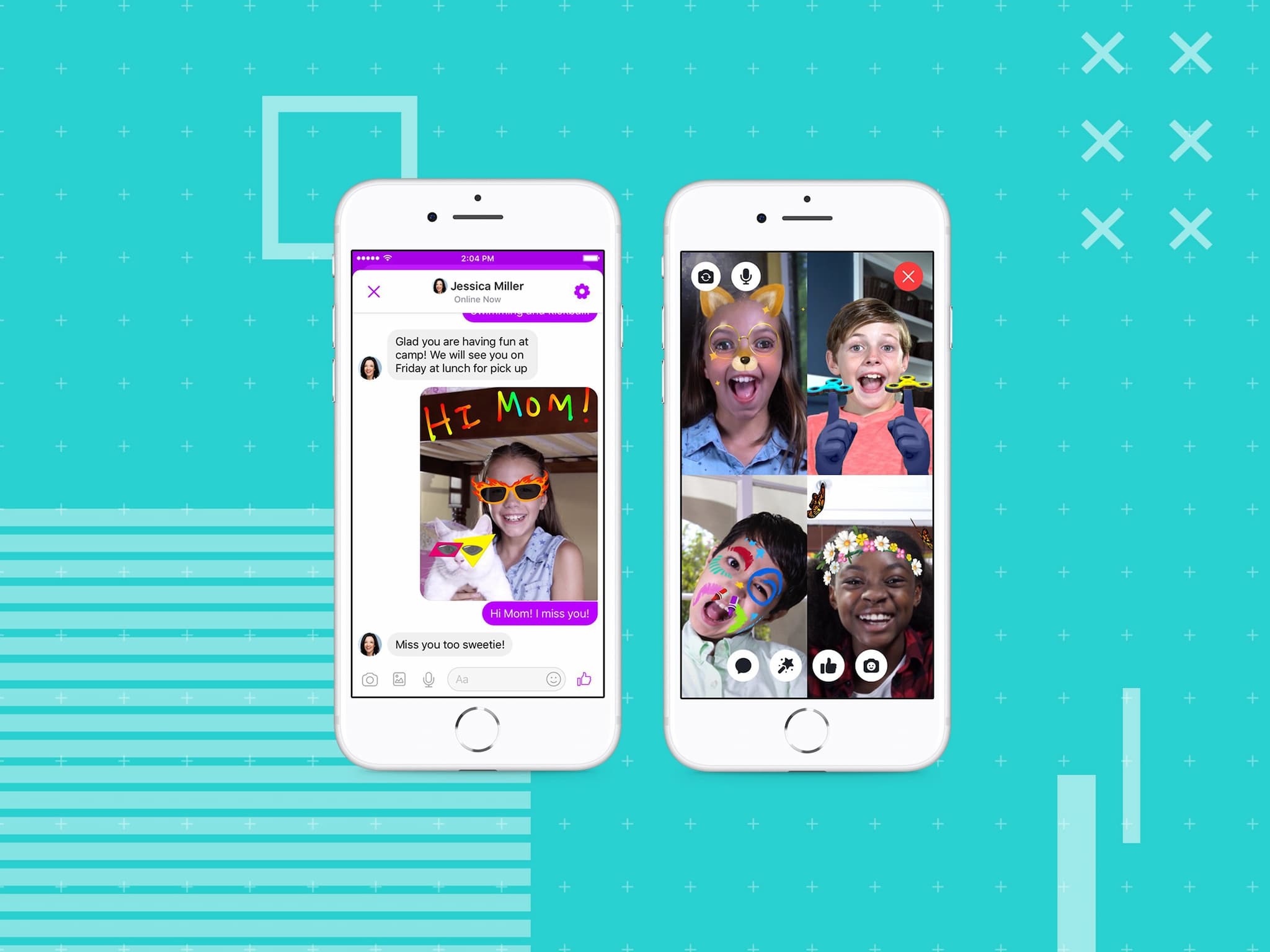 When Mark Zuckerberg launched Facebook in 2004, the social networking platform's target audience was narrow: students at Harvard University. That quickly expanded to include students at other colleges, then high school students, and by 2006, anyone over the age of 13 could register for an account.

Today, Facebook has more than 2 billion users, but while it is growing in favorability with older generations, teens and 20-somethings are signing off in droves. Facebook's response? Hook new users before they reach high school. That seems to be the goal behind one of the company's latest initiatives, anyways.

On December 4, 2017, Facebook rolled out a preview of Messenger Kids, a free video chat and messaging app designed for children younger than 13. Kids can't add anyone to their contact list without their parent's permission, and according to Facebook, all of the content on the app is "kid-appropriate" and ad-free.

Facebook claimed to have met with dozens of experts in child development, online safety, and children’s media and tech over the course of 18 months to ensure the app would be both fun and safe, but that wasn't enough to stop the backlash that soon followed its release.

On January 30, 2018, the Campaign for a Commercial-Free Childhood (CCFC) sent Facebook a letter signed by dozens of experts in childhood health, education, and media imploring the company to shut down the app, citing concerns that it would "undermine children’s healthy development."

As Josh Golin, the CCFC's Executive Director, told Futurism, "Younger children simply aren’t ready developmentally for social media. An extensive body of research shows that excessive use of social media is harmful to teens, and younger children are even less equipped to deal with its interpersonal challenges and the addictive lure."

According to Golin, Facebook already has an incredible reach, and allowing the "master marketer" to extend that reach to include children could cause irreparable damage.

"Messenger Kids has the potential to normalize social media use by 6-, 7- and 8-year-olds, and that would be a bad thing," he said. "Moving friendships online displaces the face-to-face interactions crucial for developing empathy and healthy relationships."

Golin suggests families wait until children are at least 13 years old before introducing them to social media. "Developmentally, most kids just aren’t ready before then," he told Futurism. "And the more families hold out on letting their kids use social media, the easier it becomes for other families."

Facebook has yet to publicly respond to the CCFC's letter, though the decision to roll out an Android version of Messenger Kids on February 14 could be viewed as something of a response in and of itself. That same day, however, the company found itself under attack again, this time for failing to note that it funded the research of many of the experts involved in developing the app.

According to a report by Wired, Facebook donated money to the National PTA, Blue Star Families, the Family Online Safety Institute, MediaSmarts, and a number of other organizations it claimed to consult with while developing Messenger Kids. In total, Wired found that at least seven of the 13 members of Facebook's advisory board had some sort of financial tie to the company.

While these financial connections don't automatically discredit the opinions of those experts, the fact that Facebook didn't reach out to certain other experts is curious. Golin told Wired the company didn't get in touch with him until a few days before launch, and several other well-respected researchers in the field said they didn't know about the app until after it launched.

While Antigone Davis, Facebook’s global head of safety, told Wired the company didn't attempt to hide the funding connections, they do further muddy the already-murky waters surrounding the safety of Messenger Kids. Social media is a powerful tool, and Facebook currently wields more of that power than any other entity. They have a responsibility to be careful how they use it, especially when it comes to children.

Read This Next
I Silence Thee
Leaked Messages Seem to Show Elon Musk Using Twitter to Punish His Enemies
Heating Up
Employees at TikTok Apparently Have a Secret Button That Can Make Anything Go Viral
Will Somebody Think of the Children?
Mom Horrified by What Her Kids Are Seeing in Roblox
Hardcore Mode
Even Twitter's Intern Just Resigned in Disappointment
Confrontation is Hard
Former Facebook Exec Says Zuckerberg Has Surrounded Himself With Sycophants
More on Future Society
Gas Giant
Jan 27 on the byte
Journalist Eats Lab-Grown Chicken, Gets "Weirdly Gassy"
Musk Rats
Jan 26 on the byte
Twitter Is Quietly Re-Suspending the Lunatics Elon Musk Let Back On
Going Wireless
Jan 25 on futurism
Hackers Took Over a Subdomain of Wired.com for Several Months and Replaced It With Sleazy Online Casino Content
READ MORE STORIES ABOUT / Future Society
Keep up.
Subscribe to our daily newsletter to keep in touch with the subjects shaping our future.
+Social+Newsletter
TopicsAbout UsContact Us
Copyright ©, Camden Media Inc All Rights Reserved. See our User Agreement, Privacy Policy and Data Use Policy. The material on this site may not be reproduced, distributed, transmitted, cached or otherwise used, except with prior written permission of Futurism. Articles may contain affiliate links which enable us to share in the revenue of any purchases made.
Fonts by Typekit and Monotype.