It's a "dark day for internet freedom." 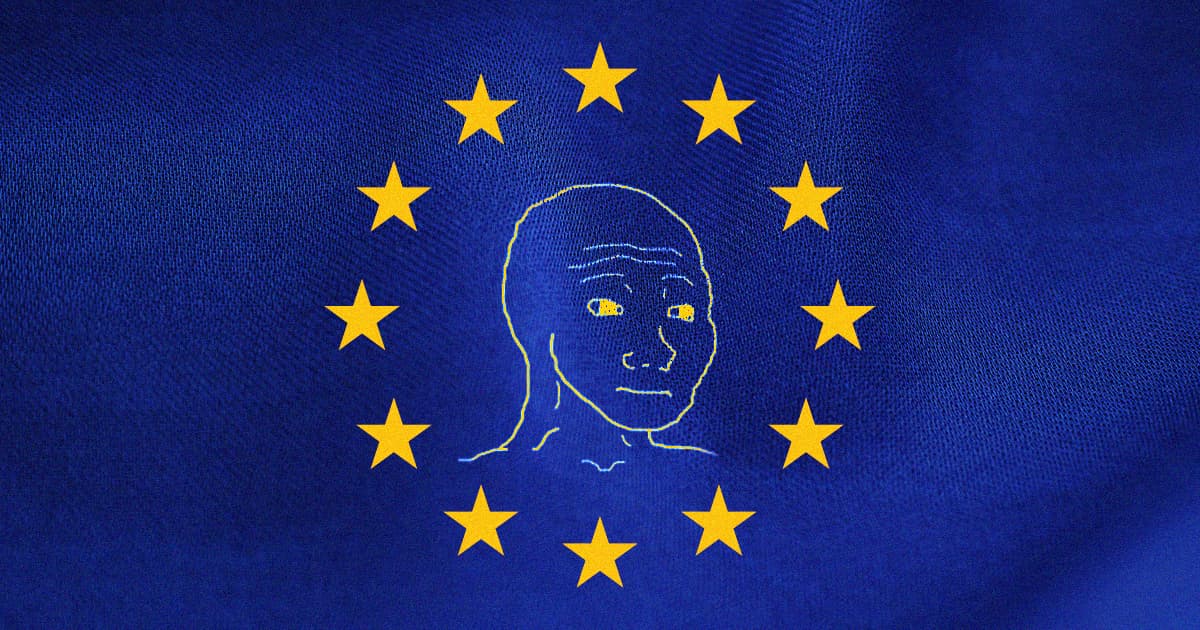 It's official: the European Parliament has finally approved the controversial Copyright Directive, which is designed to overhaul online copyright law in the EU.

The law is divisive. Especially Article 13: opponents call it a "meme ban," and say it'll limit freedom of speech by forcing "upload filters" on any user-uploaded content and give big tech an even stronger grip online. Advocates, on the other hand, say that it will force big tech to pay their fair share. What's certain: the internet in Europe will never be the same.

One controversial part of the Directive, which many observers have dubbed a "meme ban," would force major platforms like YouTube to filter every single upload to prevent copyright infringement.

Supporters of the Directive say that "meme ban" is inaccurate, since memes would fall under the label of "parodies" and thereby be protected, but opponents argue that automatic upload filters won't know any better.

Another stipulation, which opponents have dubbed the "link tax," would force news aggregators — including heavyweights like Google News — to remunerate publishers for linking to their articles.

Member of Parliament Julia Reda, a vocal opponent to the EU's Copyright Directive has argued that small publishers with less brand recognition could lose out — and called it a "dark day for internet freedom."

Read This Next
Copyright Beats
Iconic Lofi Hip Hop Girl Videos Taken Down by Copyright Strikes
Calling Bluffs
Facebook Threatens to Pull Out of Europe, Europe Says "Please Do"
National Treasure
Crypto Bros Furiously Angry After Failing to Buy the US Constitution
Journal Trouble
The Founder of Sci-Hub Is Absolutely Unrepentant
Against the Stream
YouTube Sues Man for Allegedly Swatting a Minecraft Streamer
More on Future Society
Rough
Yesterday on futurism
Elon Musk's Twitter Is Reportedly Failing Miserably to Contain Horrific Child Abuse Content
YouTube Propaganda
Yesterday on the byte
Experts Say There's Something Very Weird About North Korean YouTubers
Bird Crap
Feb 4 on the byte
It Looks Like Elon Musk Is Actually Building a Twitter Payment Platform
READ MORE STORIES ABOUT / Future Society
Keep up.
Subscribe to our daily newsletter to keep in touch with the subjects shaping our future.
+Social+Newsletter
TopicsAbout UsContact Us
Copyright ©, Camden Media Inc All Rights Reserved. See our User Agreement, Privacy Policy and Data Use Policy. The material on this site may not be reproduced, distributed, transmitted, cached or otherwise used, except with prior written permission of Futurism. Articles may contain affiliate links which enable us to share in the revenue of any purchases made.
Fonts by Typekit and Monotype.