The Earth is Spinning So Fast, We Might Need to Skip a Second

Seriously — scientists say we may need to cut an entire second out of the year. 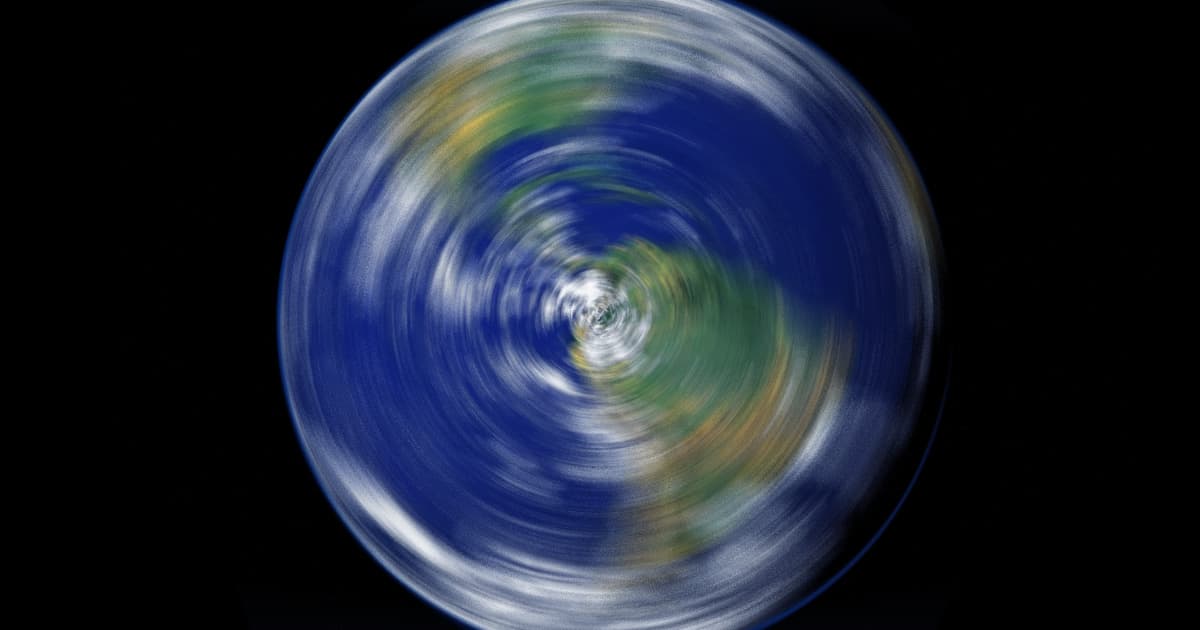 Scientists have made a surprising observation: the Earth's spin is accelerating. In fact, the Earth is spinning faster than ever recorded lately, as Phys.org reports — and no, that's not figuratively speaking.

One rotation around the Earth's axis is the equivalent of 24 hours, or roughly 86,400 seconds. While this period has been largely consistent despite variations caused by the movement of the Earth's molten core or climate, an accelerating spin may soon lead to the need for a "negative leap second."

In other words, for the first time ever, we might need to cut an entire second out of the year because the world is spinning faster.

The shortest day ever recorded using atomic clocks was July 19, 2020, as Time and Date points out, lasting 1.4602 milliseconds less than the equivalent of exactly 24 hours. The previous record was measured on July 5, 2005.

Scientists also predict that the year 2021 might end up being the shortest in decades — by a tiny margin, of course.

To bring clocks back into sync, scientists are suggesting we cut a full second out of one day, otherwise known as a negative leap second. It would mark the first time a second has been cut; the last 27 leap seconds have all been positive, a trend that was introduced in 1972, according to Time and Date, meaning that a second has been added.

While the exact cause isn't entirely clear yet, scientists have suggested in the past that it may have something to do with global warming since melting glaciers could mess with the planet's distribution of mass, or geological processes far beneath its surface.

Regardless of the cause, the simple act of cutting a second out of a day could end up having disastrous consequences on modern technologies, as Phys.org points out.

That's why many scientists are calling for a switch from solar to International Atomic Time, which is based on an international network of synchronized atomic clocks.

READ MORE: The Earth has been spinning faster lately [Phys.org]

Read This Next
Sundowned
Mexico Bans Startup From Future Solar Geoengineering Experiments
Knew It All Along
Exxon Scientists Knew About Global Warming for Decades While Company Denied It
Solar Slay
Solar Powered Machine Turns CO2 and Waste Plastic Into Valuable Fuel
Dim Sun for Breakfast
Startup Says It's Started Releasing Chemical Into Atmosphere to Dim Sun
Hidden City
NYC's Greenery Eats Up All the CO2 From Its Cars, Trucks and Buses "And Then Some"
More on Earth & Energy
Save Yourselves
6:25 PM on the byte
Furious Marsupial So Thirsty For Sex That It’s Dying, Scientists Warn
Stem Ware
Friday on the byte
Scientists Discover World's Oldest Preserved Vertebrate Brain
From Bad to Worse
Thursday on the byte
Global Warming Is Worse Than We Thought, AI Tells Scientists
READ MORE STORIES ABOUT / Earth & Energy
Keep up.
Subscribe to our daily newsletter to keep in touch with the subjects shaping our future.
+Social+Newsletter
TopicsAbout UsContact Us
Copyright ©, Camden Media Inc All Rights Reserved. See our User Agreement, Privacy Policy and Data Use Policy. The material on this site may not be reproduced, distributed, transmitted, cached or otherwise used, except with prior written permission of Futurism. Articles may contain affiliate links which enable us to share in the revenue of any purchases made.
Fonts by Typekit and Monotype.